The Best Celebrity Family Christmas Cards Of All Time

Holiday cards are great for updating loved ones on what’s been going on with your family throughout the past year. Celebrities, however, do things a little differently. Some of the cards on this list are funny, some of them are classy, and some of them are extremely creative — all of them, though, are filled with Christmas spirit. 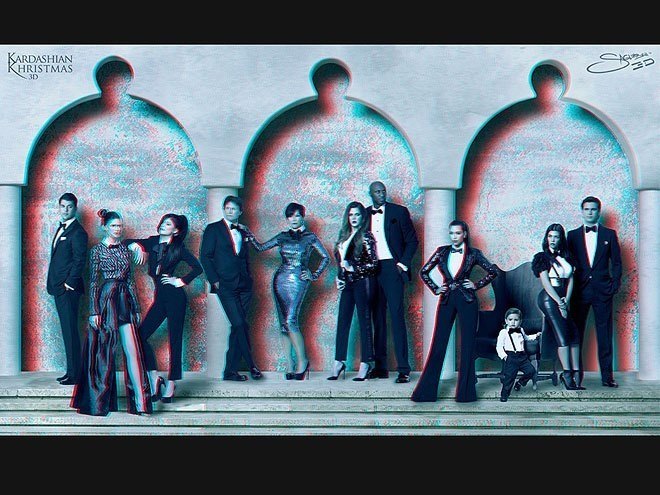 The Kardashians outdid themselves with this 3-D card. | E!

Matching holiday sweaters and hot cocoa mugs just doesn’t cut it for the Kardashian clan when it comes to their annual family Christmas card. Though every Kardashian Christmas card makes quite the statement, the family’s 2011 photo really stood out.

“It was in 3-freaking-D. Your Christmas card could never. But hey, what are Kardashians if not ahead of their time,” asks W Magazine. 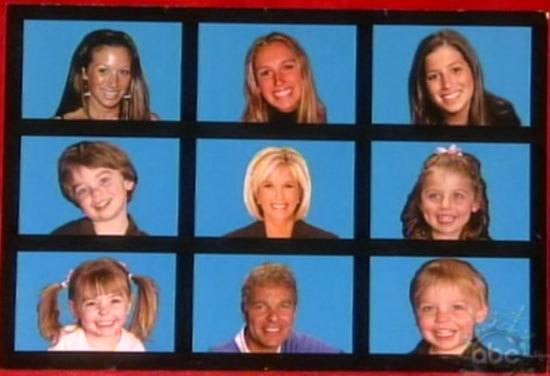 Good Morning America‘s Joan Lunden once sent out this Brady Bunch-style Christmas card. She mailed out this creative photo back in 2008.

The card features her three grown daughters by her first marriage on top and her two sets of twins (ages 2 and 4) by her current husband. You can’t have a list of the best Christmas cards without including the royal family. Prince William and Kate Middleton’s Christmas card this year shows the two royals with their adorable children, all coordinated in picture-perfect light blues.

As per usual, the entire family looks happy and absolutely stunning. The photo was taken earlier this year (so don’t expect a pregnant Kate) by royal photographer Chris Jackson. 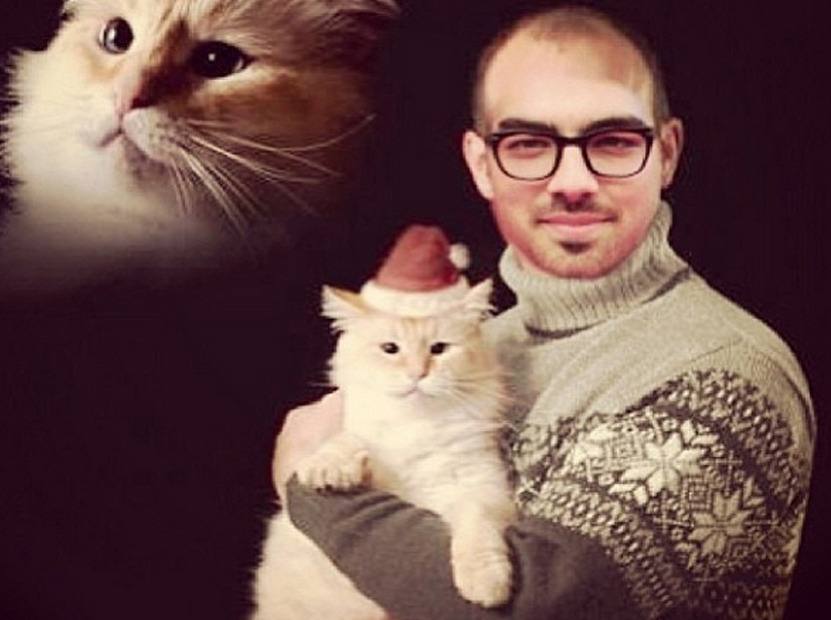 Joe Jonas posted this awkward photo for the holidays. | Joe Jonas via Instagram

In 2013, Joe Jonas got especially creative with his Christmas card. The photo features a balding Jonas holding a cat in a Santa hat. “It’s getting cold. Cuddle up with a kitten” was his caption.

“Ha! He’s so funny! Way to still be able to joke about yourself,” wrote Perez Hilton in reaction to the card. 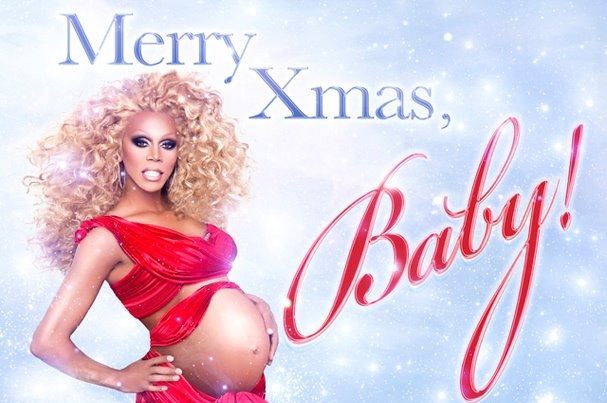 RuPaul paid homage to Beyonce with this Christmas card. | RuPaul via Facebook

In 2011, RuPaul gave a shoutout to both Beyoncé and baby Bey (who we now know as Blue Ivy) with a Christmas card that showed off a photo-shopped baby bump and fabulous, voluminous, Beyoncé-like hair. 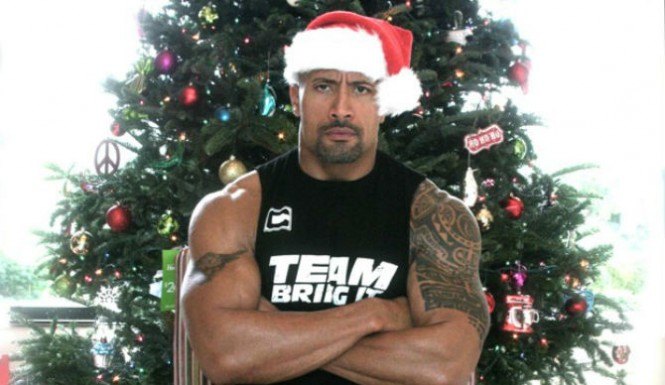 The Rock’s 2011 Christmas card is one for the books. In this photo, we really get a sense of how The Rock likes to spend the holiday season.

Or, as Guff put it, “It depicts his Christmas Eve tradition: waiting menacingly by the chimney for intruders. Nobody breaks into The Rock’s house, not even Santa.” 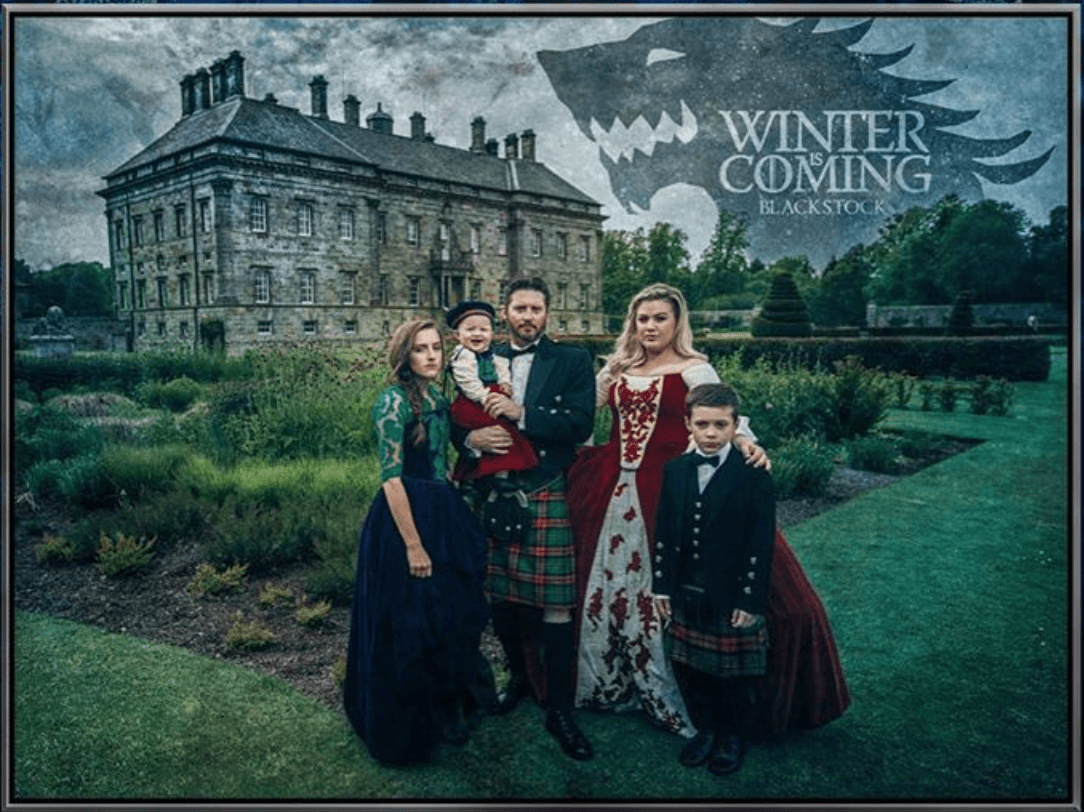 In 2015, Clarkson and her family debuted one of the more epic celebrity Christmas cards of all time. The photo shows the family dressed in garments fit for Westeros royalty, standing in front of a foreboding castle.

The card reads, “Winter is Coming. Merry Christmas from the Blackstocks.”