15 of the Best Celebrity Guest Stars on ‘Friends’ 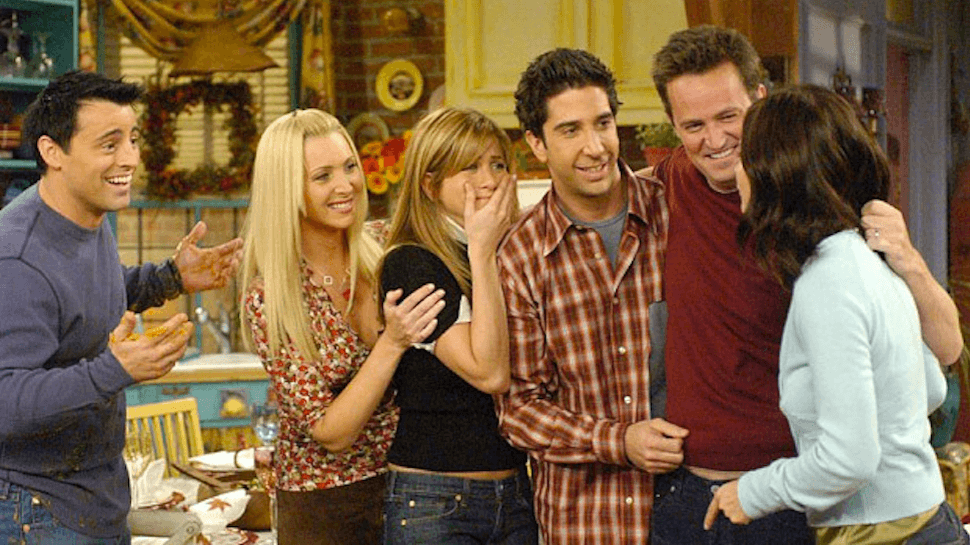 Friends is one of the most iconic sitcoms of all time, thanks in large part to the great chemistry between its six core stars — Jennifer Aniston, Courtney Cox, Lisa Kudrow, Matt LeBlanc, Matthew Perry, and David Schwimmer. But in addition to its highly paid ensemble cast, the NBC show also broadened its appeal by featuring dozens of celebrity guest stars during its time on air.

While many famous faces made cameos throughout the sitcom’s 10-season run, some appearances stood out more than others. Here are 15 of the best celebrity guest stars on Friends, ranked in order of memorability.

Joey gets another chance at being a soap opera star in Season 7, with some help from Susan Sarandon. In the episode, he learns that his former soap opera character Dr. Drake Ramoray, who has been in a coma for five years, is getting a new brain. Where does that new brain come from? You guessed it — Jessica Lockhart, the soap character played by narcissistic veteran soap star, Sarandon.

Billy Crystal and Robin Williams made a brief, but unforgettable impression during a Season 3 episode in which they loudly burst into Central Perk and interrupted a conversation between the six friends by asking them to move over on the couch.

The Two and a Half Men star appeared in Friends’ second season as one of Phoebe’s former flames — a sailor who only sees her every few years when he emerges from his submarine.

When she learns he’s coming above ground for two weeks, Phoebe starts planning romantic activities for the two of them — only to come down with the chicken pox at the last minute. Despite that, the two still manage to have a romantic, if somewhat itchy visit.

ER stars George Clooney and Noah Wyle made a memorable appearance in Season 1 of the fellow NBC show. The two played a pair of doctors who ask Monica and Rachel out on a date. What they don’t know is that Rachel is using Monica’s name in order to utilize her health insurance. Of course, chaos ensues, leading to one very awkward date.

We all know what it’s like to get stuck next to that fidgety, overly talkative person on a plane. In Season 4 of Friends, that person was Rachel, and she was sitting next to Hugh Laurie, who plays a man on a flight from New York to London. When Rachel boards the flight on her way to try and stop Ross and Emily’s wedding, she’s a nervous (and chatty) wreck, making it an unpleasant ride for the hilariously exasperated Laurie.

Over the course of two episodes in the eighth season of the series, Alec Baldwin plays Parker, an overly enthusiastic guest who Phoebe brings to the Gellars’ 35th wedding anniversary party. Parker goes around complimenting every single person he meets and everything he sees. But eventually, his over-the-top antics and ridiculously overeager attitude becomes irritating to all of the other partygoers.

Jennifer Coolidge donned a terrible fake British accent in Season 10 to play Amanda, an old friend of Monica and Phoebe’s that they try to “phase out” after growing tired of her contrived posh attitude. It doesn’t go smoothly. Amanda ends up causing a fight after she reveals that in the past, Phoebe had tried to cut out Monica. Her character is so obnoxious that you just can’t help but love to hate her.

Chandler’s past comes back to haunt him in Season 2 in the form of Julia Roberts as Susie “Underpants” Moss. Susie attended the same school as Chandler as a child and still remembers the time that he pulled down her pants in front of the whole school, earning her the hated nickname. She pretends to forgive Chandler and agrees to go on a date with him, seducing him into taking off his clothes and putting on her underwear in a restaurant stall. Then, she takes off, finally getting her long-awaited revenge.

Danny DeVito got a lot of laughs as a 50-year-old stripper who Rachel and Monica end up hiring at the last minute for Phoebe’s bachelorette party. When the three question his abilities, his character ends up dissolving into tears. Feeling guilty, Phoebe insists he finish his eccentric dance — a request he complies with happily.

Who could forget Winona Ryder’s turn as Rachel’s sorority sister Melissa? When Rachel admits that she and Melissa once kissed during a drunken college night, Phoebe doesn’t believe the story. In an effort to prove it, the two invite Melissa to dinner, but she insists that it never happened. Frustrated, Rachel kisses Winona’s character again to unleash the memory. Her plan ends up working a little too well — the kiss causes Melissa to admit that she’s in love with Rachel and has been the whole time.

During the sixth season, Reese Witherspoon played Rachel’s spoiled and bratty younger sister Jill, who comes to New York to follow in her older sibling’s footsteps. Rachel tries to help her find a job, but to no avail. Jill ends up spending her time shopping with her dad’s credit card and even dates Ross in an effort to get back at Rachel.

Phoebe finally gets a happy ending thanks to Paul Rudd’s character, Mike Hannigan. During his 18-episode stint on Season 9 and 10 of the show, Mike meets Phoebe (on a random blind date set up by Joey) and the two kick off a serious relationship. Though they break up due to conflicting views on marriage, they end up getting back together and — after several failed proposals — get married, during which Mike proclaims he is so thankful to have someone “so wonderfully weird.”

Christina Applegate played Rachel’s sister Amy in two different episodes, one in Season 9 and another in Season 10. Though Amy is older than the other two Green sisters, she’s just as absurdly shallow and self-involved as Jill. She mocks Joey’s over-the-top eating habits and constantly calls her niece Emma the wrong name. When Rachel allows her to babysit Emma (against Ross’ wishes), Amy ends up getting the baby’s ears pierced without anyone’s permission.

Bruce Willis won an Emmy for Outstanding Guest Actor in a Comedy Series for his work on the sixth season of the show, in which he played Paul Stevens, the father of Ross’ much-younger girlfriend Elizabeth, who does not approve of the match.

When Ross and Elizabeth try to escape to Paul’s cabin, he interrupts them by showing up with Rachel, whom he’s dating. As a way to prepare himself for a night with Rachel, he starts dancing and singing to himself in the mirror. Ross catches him in the act and later uses it to his advantage.

The most memorable guest star appearance on the long-running sitcom was that of Brad Pitt in Season 8. Pitt played Ross’ best friend from high school, Will Colbert, who counted Rachel as his biggest enemy (other than complex carbs, that is). His hatred toward her ran so deep that he haughtily admits that in high school, he started a rumor that she was a hermaphrodite.

Adding to the laughs? Pitt was actually married to Jennifer Aniston at the time of his appearance.