Fashion icon Kate Spade has tragically passed away at the age of 55. She was found in an apparent suicide by her housekeeper, as reported by The Associated Press.

Spade has truly made her mark in the world of fashion, becoming one of the most recognizable names in the industry. Celebrities flocked to her brand, Kate Spade New York, which she founded in 1993 with her husband, Andy.

In celebration of her life, here are 10 of the most iconic fashion moments of celebrities wearing Kate Spade. 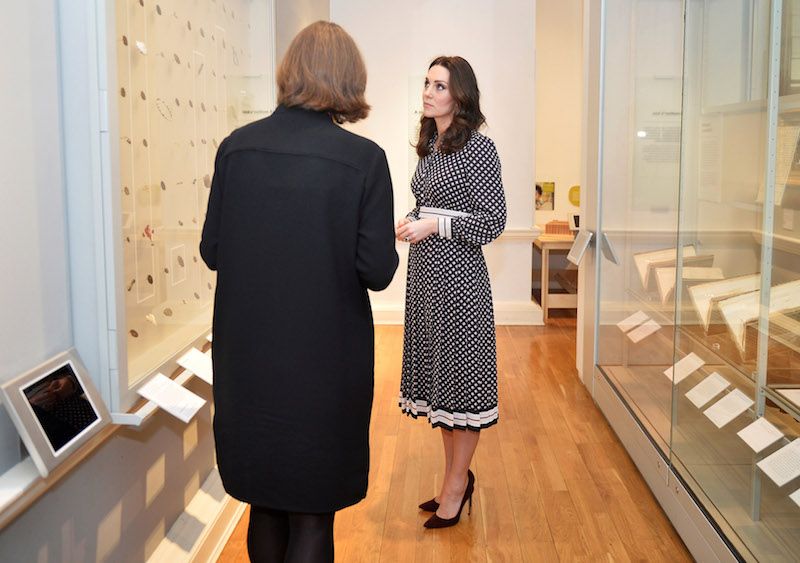 Kate Middleton has been seen wearing Kate Spade on numerous occasions, even working it into her maternity style. Middleton wore this look while pregnant with her third child, Louis, in November 2017.

You may already recognize this diamond-printed midi dress on the duchess, as this was the day she announced she and William were “absolutely thrilled” over Prince Harry and Meghan Markle’s engagement.

Next: Her sister has been spotted in Kate Spade, too. 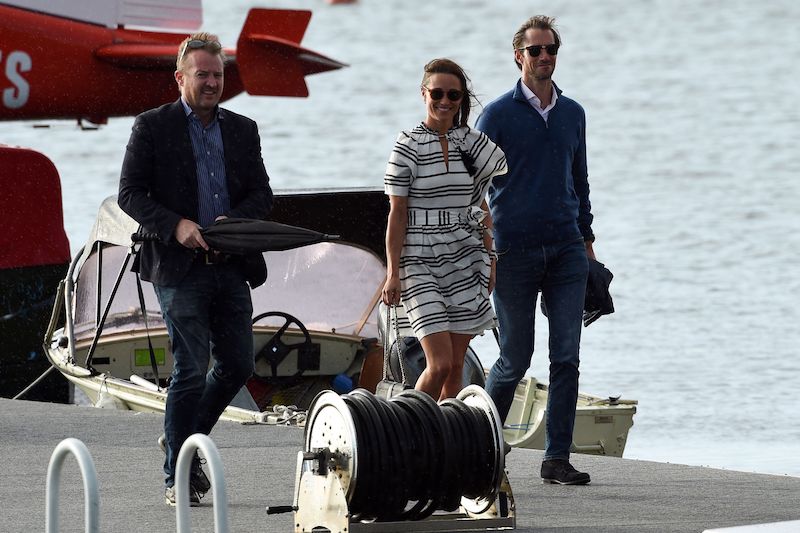 The Duchess of Cambridge’s sister has turned heads in Kate Spade, as well. Pippa Middleton wore this stylish number designed by Spade while moseying around on her honeymoon in Australia on May 31, 2017.

The dress proved to be super functional, as Middleton wore it for a taxi boat ride around Sydney. She accessorized the look with trendy lace-up espadrille wedges.

Next: She’s a young and inspirational fashionista. 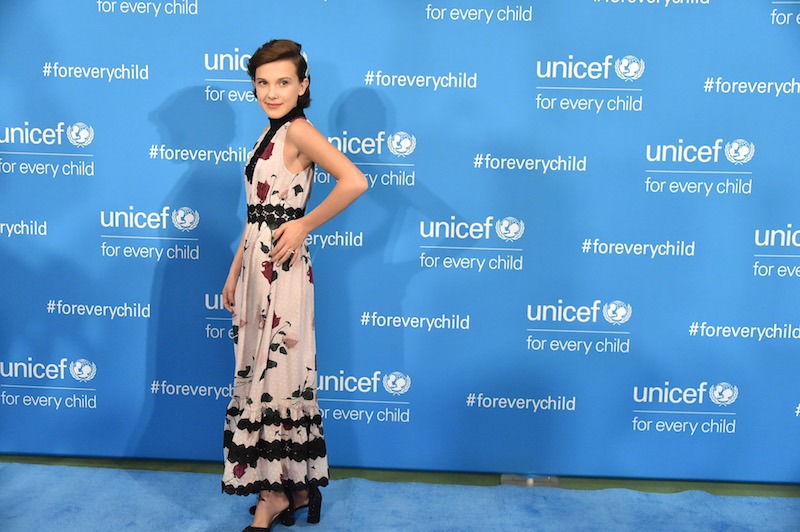 Next: This pop star has long been a fan of Kate Spade. 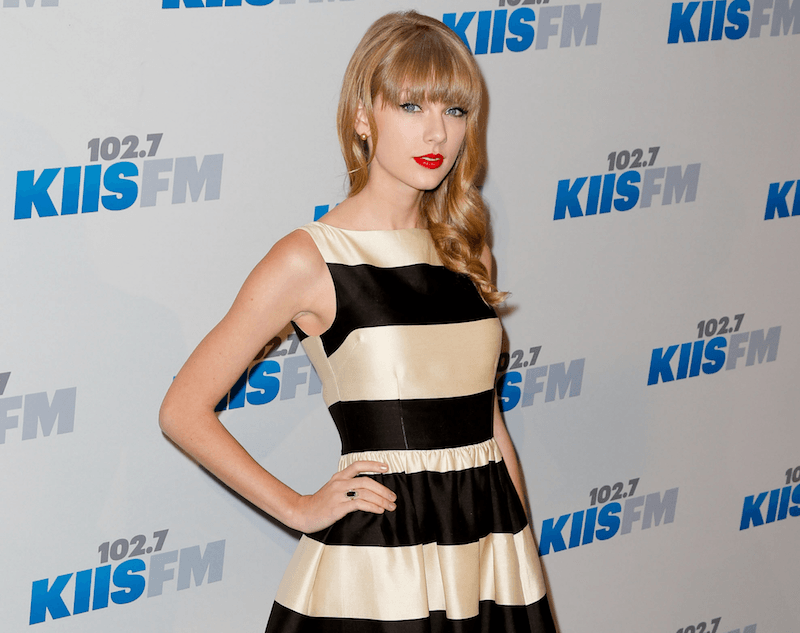 Way back in 2012 and long before her Reputation days, pop icon Taylor Swift was rocking Kate Spade. She wore this wide-striped Kate Spade dress to the red carpet for Jingle Ball in 2012.

Swift showcased timeless elegance in this look. We’re loving the shape of the dress, her long hair cascading over her shoulder, and pretty black pumps to finish off the look.

Next: This Pretty Little Liars star looked flirty and floral in this piece. 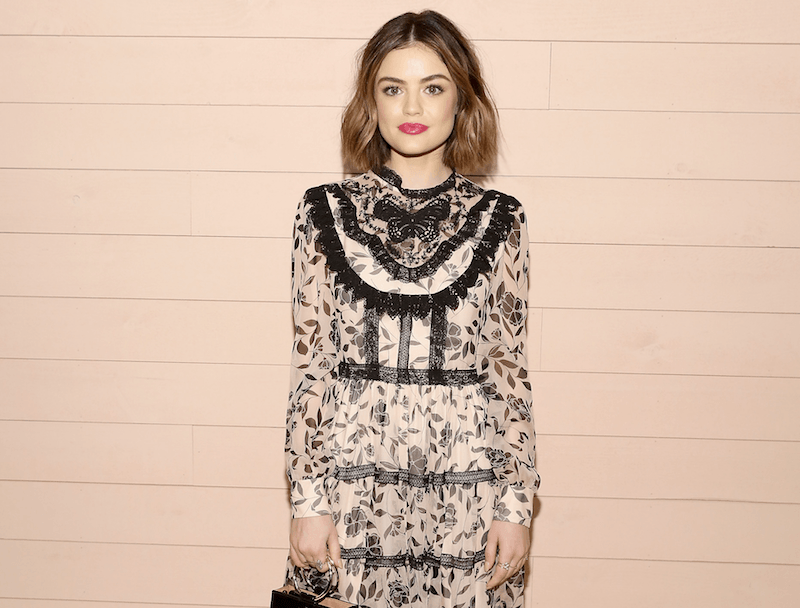 Actress Lucy Hale seems to become more fashionable every time we see her, and this Kate Spade look is no exception. The Pretty Little Liars star attended the Kate Spade New York Fashion Week presentation on Feb. 10, 2018, wearing this flirty and floral piece from the line.

We love the details of the pale pink and black floral lace, made edgy with pointy black booties and a mini Kate Spade handbag. According to The Daily Mail, you can own this dress, too, for just under $700.

Next: She brought her fashion game to a whole new level. 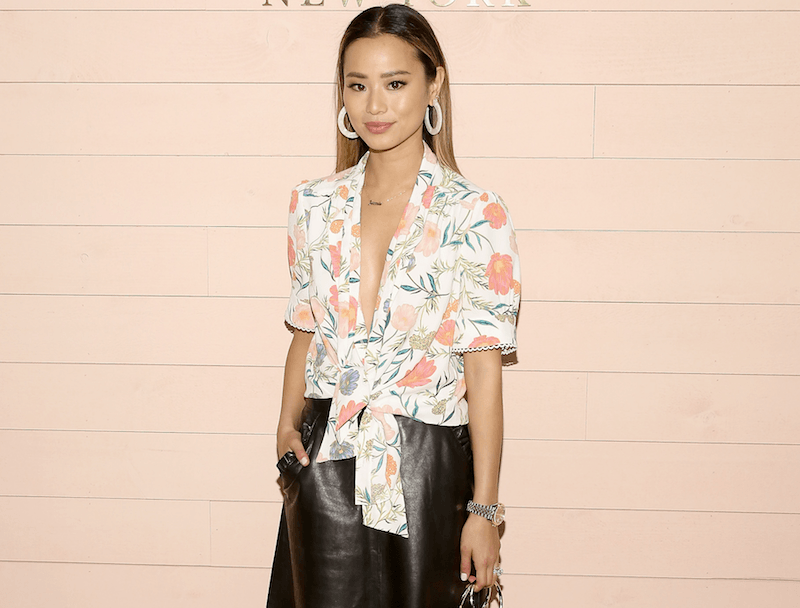 Jamie Chung brought her fashion game to a whole new level at Kate Spade’s February 2018 presentation for New York Fashion Week. She rocked this short-sleeve floral crop top, which featured a deep V-neck and tied at the hem.

She took a daring approach to the outfit by pairing the feminine top with a black leather midi skirt. Her white booties and Kate Spade bag in white popped when paired with the rest of her look.

Next: She made this black dress look perfect for spring. 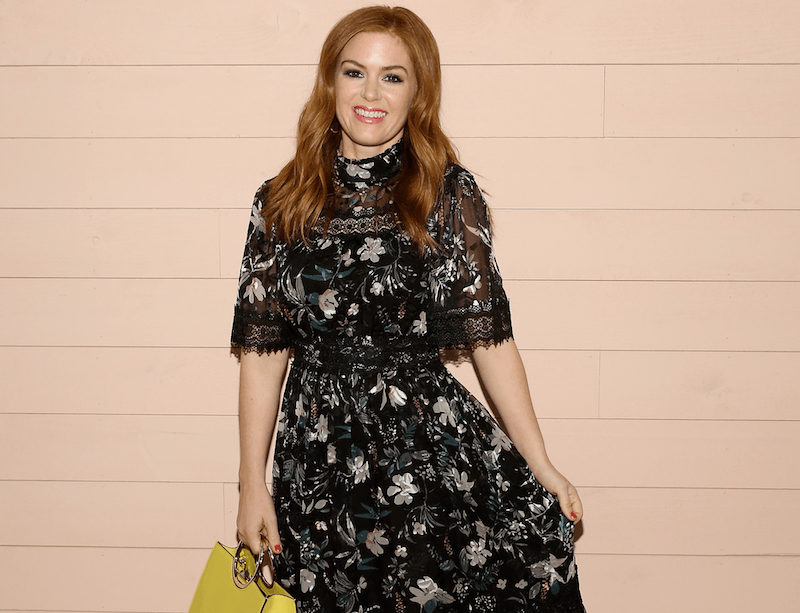 She accessorized with black pumps and stayed warm with a black motorcycle jacket overtop. Her bright yellow Kate Spade handbag brought a super fun element to the look, bringing out the florals from her dress.

Next: She went all out in this bold look. 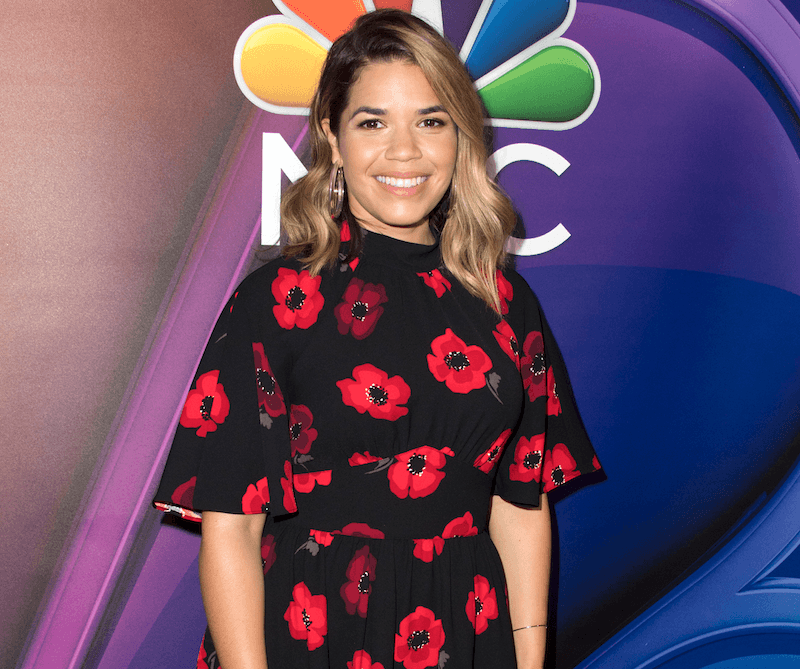 Superstore star America Ferrera stunned in red while attending the NBC TCA Summer Press Tour in 2017. Her dress by Kate Spade stood out on the red carpet, which featured a midi length and bright florals over black fabric.

She stuck with the color scheme by going with red strap heels for the event. She didn’t accessorize with much else, but she didn’t need to with the ensemble’s bold color palette.

Next: The detailing in this dress is gorgeous. 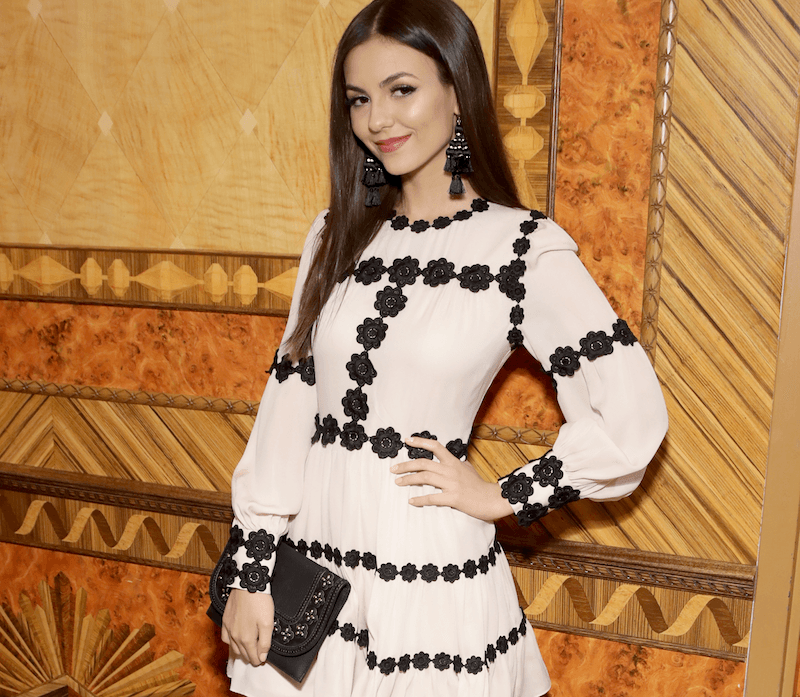 Next: She looked ‘delightfully chic’ in this outfit. 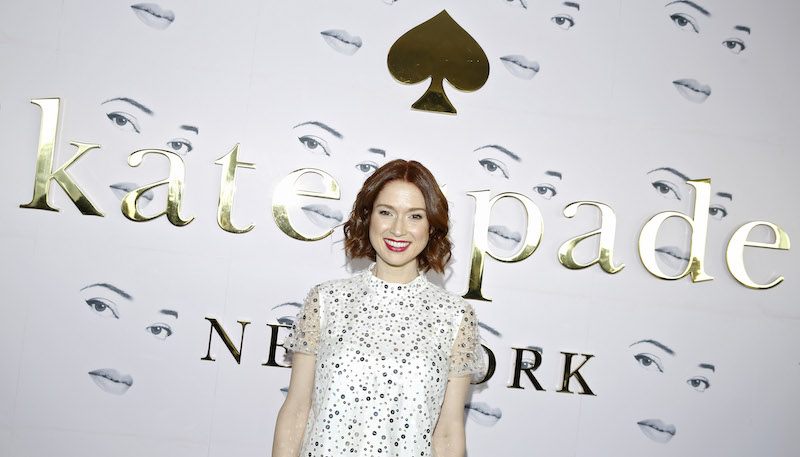 InStyle describes this Kate Spade style on Ellie Kemper as “delightfully chic” — and we couldn’t agree more. The Unbreakable Kimmy Schmidt star wore this glitzy white number to the Kate Spade New York fall/winter 2016 presentation, where she commented on her own look.

“It’s whimsical, and it reminds me of a sparkly, sophisticated snowflake — which was my nickname in high school,” Kemper joked.  We think she looks simply stunning, as her bright lip color and glossy hair complemented the look perfectly.