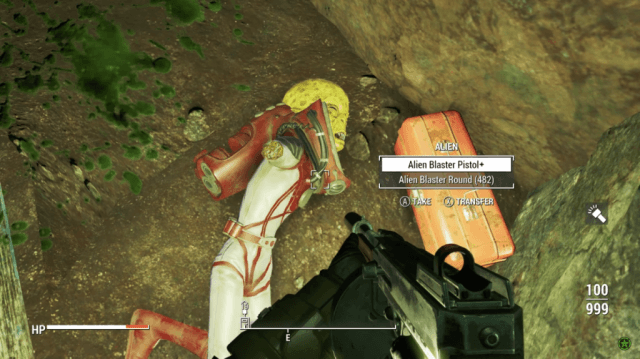 This week’s best videos are answers to questions you may never have known you had. Why is Master Chief so susceptible to one-hit slaps to the back of the head? Where’s the best gun in Fallout 4? How should I spend my money on Black Friday?

We’ve got commentary, walkthroughs, and even a famous non-gamer cluelessly working his way through the gigantic world of one of the hottest games of the year. Conan may have a show of his own, but if you want your gaming to be seen, the biggest Destiny streamer on Twitch has a jealousy-inducing walkthrough of his multi-screen gaming setup in a room that would make anyone drool.

1. Why Master Chief has a weak spot

Ever wondered why you can literally fall from space, take hundreds of head-on shots to the face from plasma weapons, and yet Master Chief and the other Spartans go down like a sack of potatoes when you whack them in the back of the skull? The Game Theorists wondered, too, so they dove into game lore and the science of armor construction to attempt an answer.

The result is a fascinating look at how Master Chief’s rig would actually be possible (or rather, if) and why the little bump on the back of his neck is his Achilles heel. Even if you don’t buy the pseudo-science, 10 minutes with a real-world ballistics expert sheds some pretty cool light on the big guy’s suit, and why nothing like that exists in the real world yet. Spoiler alert: It’s huge, heavy, and expensive. Just like the Batsuit.

In an open-world game where you can spend hundreds of hours power-leveling a character, the best weapons are a huge part of success. As top-tier weapons go, nothing kicks like the alien blaster from the Fallout series. The Achievement Hunter guys put together a walkthrough on how (and where) to find the most anticipated pistol in the season’s biggest game.

You’ll find it by stumbling upon an alien spacecraft crash site, following a blood trail into a cave, and doing battle with the hindered extraterrestrial for his goodies. The AH guys give you a little demo on how the gun performs, and the results are a better balanced weapon: still destructive, but with rounds that move a bit slower. I suppose we’ll adapt.

3. Stumbling through the wasteland with Co-Co

Oh Conan. Long have we loved your goofy cluelessness. Fallout is one of those games that should be utterly perplexing to non-gamers. And Conan doesn’t let us down. We don’t see him completing the game (he had enough trouble not jumping off of cliffs), but like a child learning to walk, it’s magical to see him try to fumble his way through a game. Even with help, his outlook isn’t good. Neither are his dating prospects among the women of the wasteland.

King Gothalion is probably the most followed Destiny streamer on Twitch, and the streaming side of his gaming career takes a lot of tech. So it’s a great behind-the-scenes opportunity to get to see what he’s working with every day on stream. Tons of monitors, extra consoles, and enough processing power to run several people streaming at the same time.

This is not a recommended first-timer setup; you won’t need half a dozen screens, six consoles, and room for multiple simultaneous streams on your bandwidth. Still, it looks pretty amazing. Needless to say, we want his internet connection.

5. The quick and dirty on Black Friday game deals

Tons of deals are coming. Tons. This is the big week for game and console buying. All of those games you passed up for lower prices or didn’t have time to play six months ago? They’re all about to get discounted.

The Rooster Teeth guys and The Know run through what’s out there, highlighting all the best download deals and console bundles so that you don’t have to check everything yourself. It’s a great shortcut to all the scouring you’d have to do otherwise, especially if you’re stocking up on games for the winter and want to spend a limited budget wisely. We know a lot of great new stuff just came out, and if you’ve got hundreds of hours ready for Fallout, that’s fine. But if you missed this year’s bigger titles, now’s your chance to get them, for cheap.