‘The Big Bang Theory’: The 1 Best Moment From Sheldon and Amy’s Wedding

The Shamy wedding has been a long time coming, but the long-awaited The Big Bang Theory episode finally aired. After some casting buzz, several big names joined the cast ,with Kathy Bates playing Amy’s mom and Mark Hamill making an appearance on the show. Many crazy things happened in the huge episode but what was the best moment?

We not only talk about that, but look into all the decisions of how the episode got made, according to executive producer, Steve Holland. Here are seven things you need to know, including the one best moment (page 5) from Sheldon and Amy’s wedding.

1. Why Amy and Sheldon had a big science breakthrough on their big day 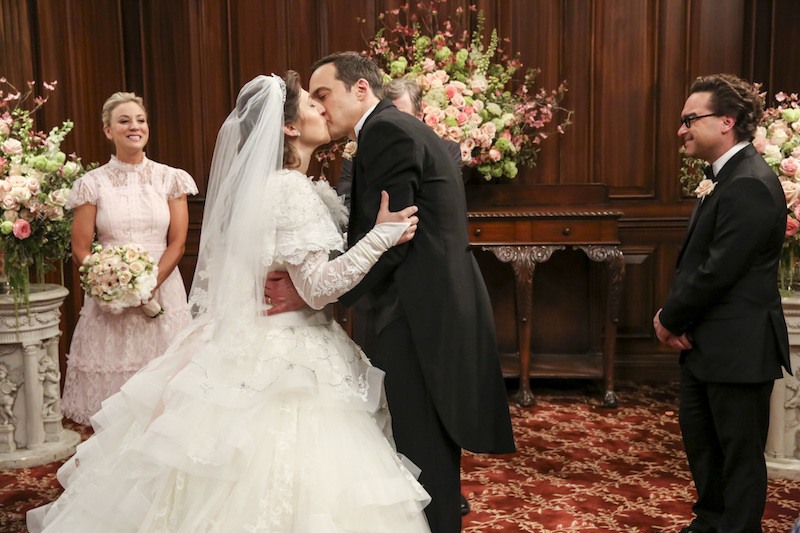 Even on their big day, the two were thinking about science. | CBS

Although the wedding, friends, and family were the center of the episode, science did make its way into the episode with Sheldon getting inspired from his crooked bowtie to come up with an equation for “super-asymmetry” with Amy.

That was a purposeful decision. “It was important to give Sheldon a big win,” Holland told Variety. He added:

I’d had that thought early on that he might have a big breakthrough on his wedding day and I think actually [creator] Chuck [Lorre] had pitched that maybe it’s something that Amy helps with — she helps lead him to this breakthrough, and it just seemed like such a sweet, thematic moment that they’re joining their brains together on this day that they’re joining their lives together.

The newly married couple aren’t the only characters that got a big moment.

Next: This minor character also got a big moment in the finale. 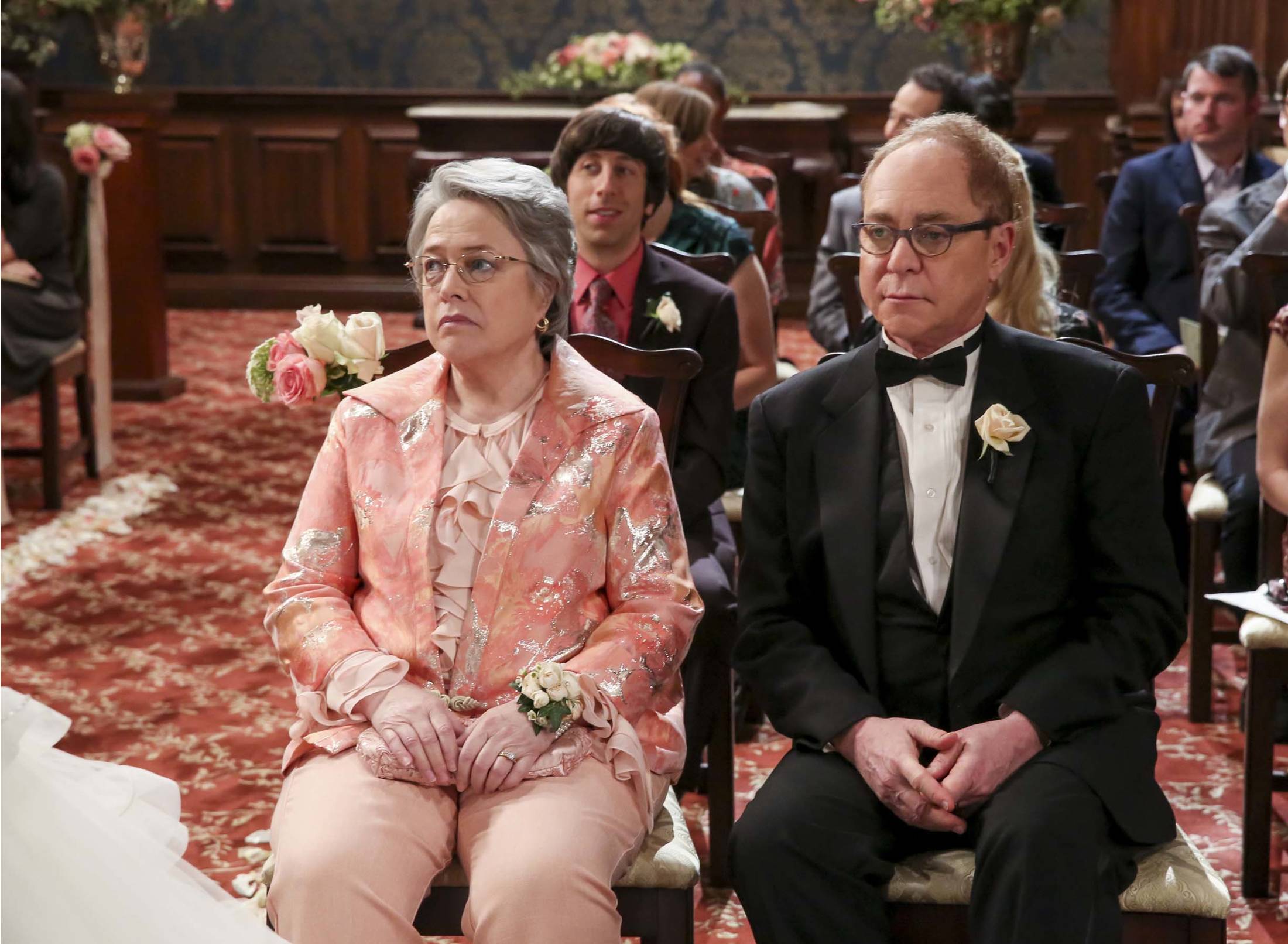 Mr. Fowler finally got to speak up. | CBS

Amy’s father, Mr. Fowler, is played by the famously silent magician, Teller. But though both the character and the actor himself usually don’t say much, The Big Bang Theory did manage to get a few words out of him in the finale.

When Mrs. Fowler gets into it with Penny, she asks her husband, “Are you going to let her talk to me like that? Say something!” and he replied, “Thank you.”

Holland revealed more about this moment and why he chose to bring the actor back for the finale.

Next: Holland reveals why Teller doesn’t speak much.

3. Holland reveals the origin of Mr. Fowler not speaking 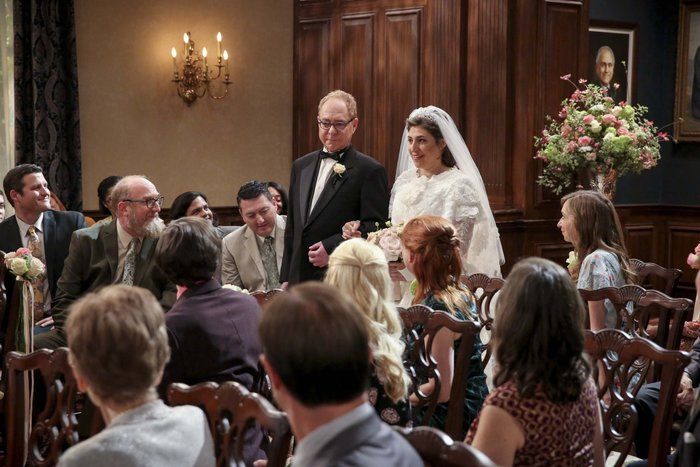 “The Bow Tie Asymmetry” – Pictured: Mr. Fowler (Teller) and Amy Farrah Fowler (Mayim Bialik). When Amy’s parents and Sheldon’s family arrive for the wedding, everybody is focused on making sure all goes according to plan — everyone except the bride and groom, on the 11th season finale of THE BIG BANG THEORY, Thursday, May 10 (8:00-8:31 PM, ET/PT) on the CBS Television Network. Photo: Michael Yarish/CBS ÃÂ©2018 CBS Broadcasting, Inc. All Rights Reserved.

So why does the character hardly speak? “When we were writing Amy’s mom and dad, it just seemed funny that Amy’s mom kept stepping on Amy’s dad every time he tried to speak,” Holland told Entertainment Weekly.

He then continued, “About halfway through writing, one of the writers, Jeremy Howe, said, ‘Teller would be really funny for this.’ And it just clicked. You’re like, absolutely. This feels like it was intentional, like we did this just for that, but it seemed like such the perfect fit, so we contacted him and he was super-excited about doing it.”

Next: There were multiple versions of this scene. 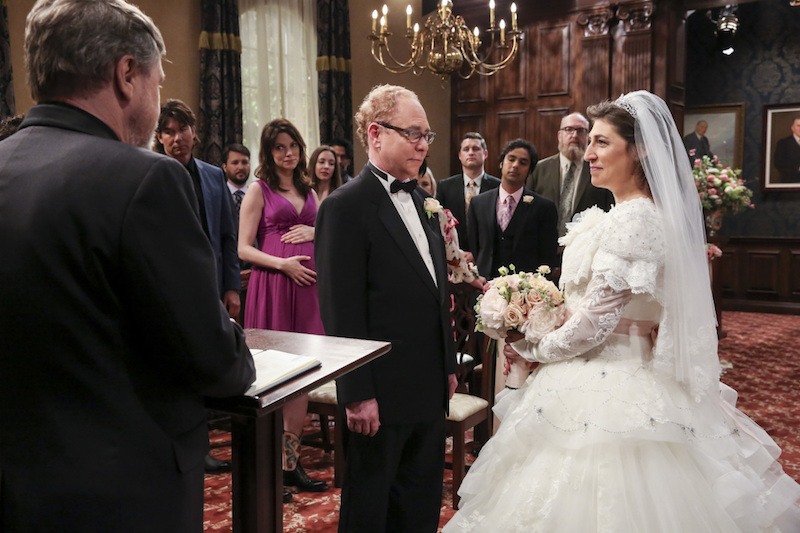 There were several different versions of the moment. | CBS

Mr. Fowler’s speaking moment was actually shot in a variety of ways. Holland revealed the other options they shot just in case to Entertainment Weekly.

“When we shot it, we did a couple different versions of it, but no, he never pushed back or was reluctant to do the line at all,” he said. “We did a bigger, fuller-voiced version, we did the version that you saw [in the finale], and we did a version where he only mouthed it but didn’t vocalize anything — the whispered version seemed to be the funniest.”

Next: This is the best moment of the episode. 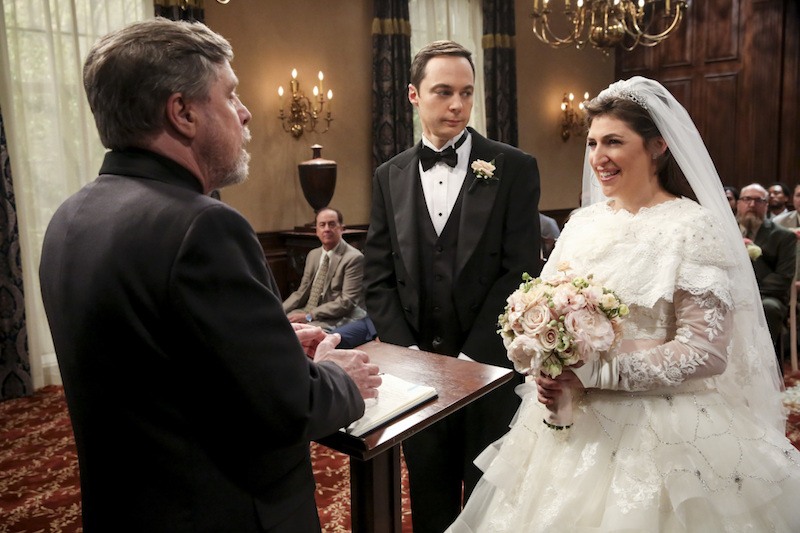 Here’s the best moment of the finale. | CBS

The best moment of the episode was when Mark Hamill ended up officiating Amy and Sheldon’s wedding as himself. He comes into play in the episode after Howard finds his lost dog.

Of course, when Sheldon first sees Mark Hamill he is basically speechless. But he did manage to finally say, “When this is over, I have 4,000 things for you to sign.”

Next: This is what the executive producer revealed about Hamill’s casting.

6. Holland said Hamill was at the top of the list of guest stars 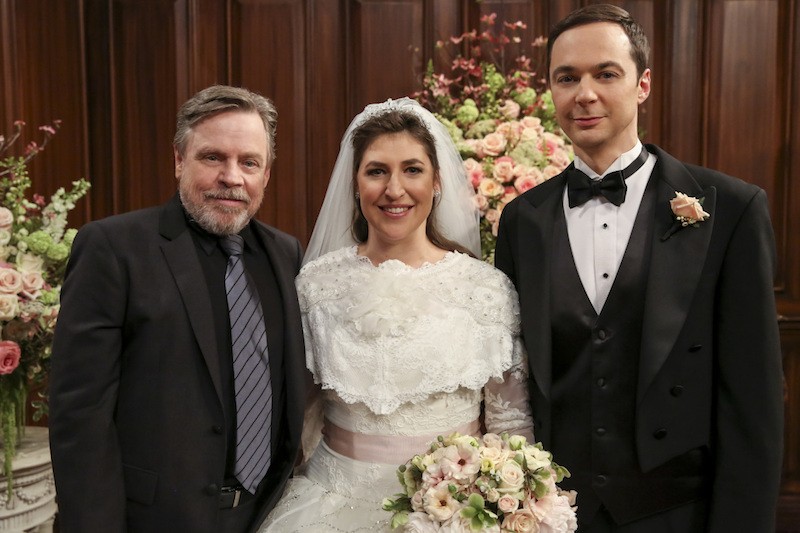 His guest star appearance made the episode unforgettable. | CBS

It’s no surprise that the Star Wars actor was the showrunner’s big fish to get on the show. Holland told Variety that Hamill “was literally at the top of the list.”

He also said “Mark was everything you’d want him to be. He was hilariously funny… It was was really just a dream come true.”

Next: There was also a tribute that was cut.

7. A Stephen Hawking tribute almost made its way into the episode 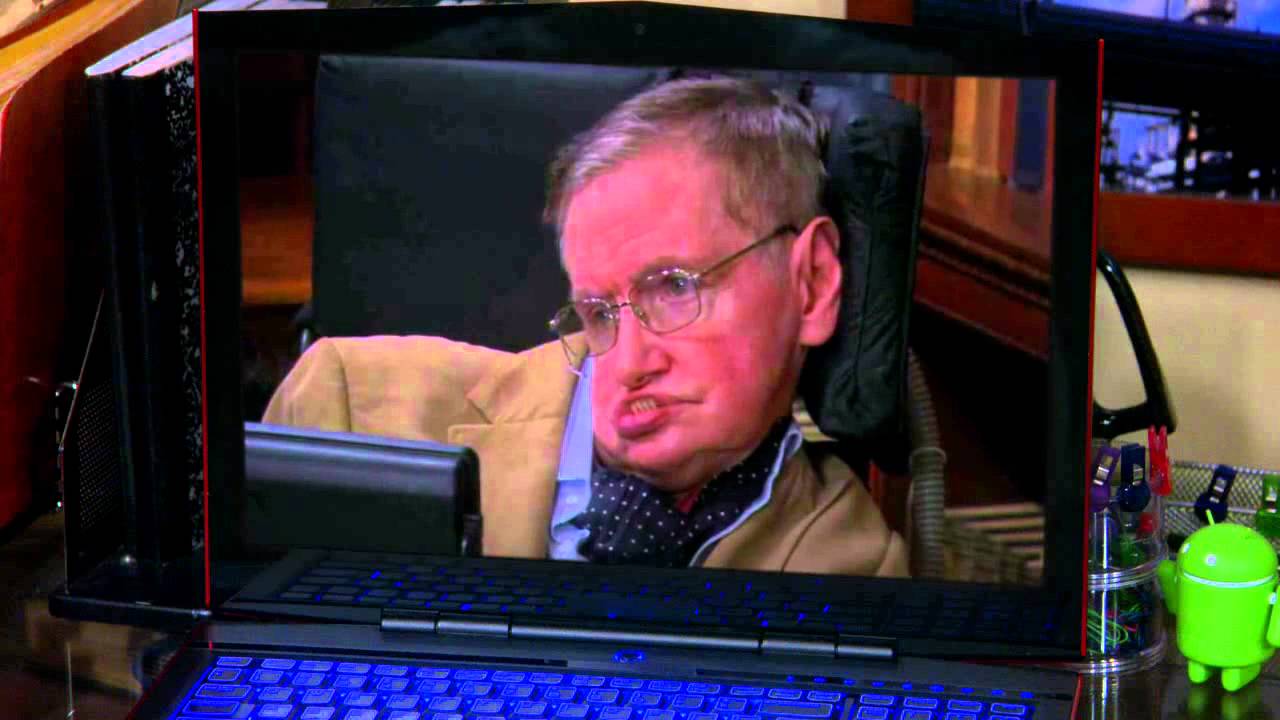 Stephen Hawking made multiple appearances on the show before sadly passing away. The show tried to pay tribute to him by showing Amy and Sheldon receiving a wedding gift from him with an engraving, but it was cut for time on television.

Luckily, you can still watch the moment online.