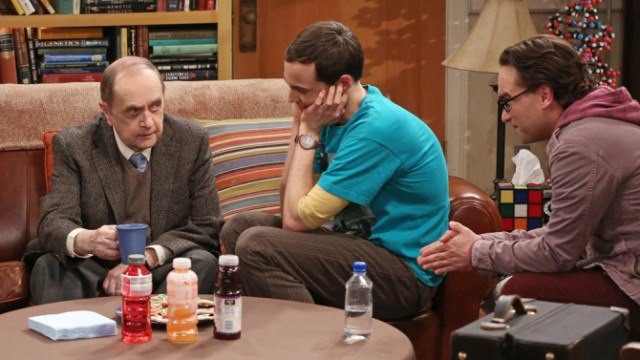 The Big Bang Theory is bringing back one of its best guest stars. Bob Newhart is reportedly set to return to the favorite CBS sitcom in an upcoming December episode of the show’s latest season.

According to Variety, Newhart has just signed on to reprise his role as Dr. Arthur Jefferies aka Professor Proton, the former host of a children’s science show that both Sheldon and Leonard used to watch as kids. The comedic icon has proven to be a favorite recurring guest star among the show’s sizable fan base, with his character developing an evolving relationship with Sheldon among over the course of just a handful of episodes.

Newhart first debuted the character of Professor Proton in Season 6, in a 2013 episode called “The Proton Resurgence.” In the episode, Sheldon and Leonard find out that Professor Proton is still alive and invite him to their apartment to perform a piece of the children’s science for them, despite that they’re already physicists. He accepts, but soon finds it too weird to perform for professional scientists. The episode earned Newhart his first ever Primetime Emmy award, for Outstanding Guest Actor in a Comedy Series.

Since that initial episode, the comedian has returned to his role on the show twice. In the Season 6 episode “The Proton Displacement,” Dr. Arthur Jeffries asks Leonard to review his paper, which – of course – ends up offending Sheldon. His storyline took a more poignant turn in the show’s seventh season, when his character passes away in the episode, “The Proton Transmogrification.” Sheldon mourns the loss, but refuses to go the funeral. Newhart’s character later appears to Sheldon in a dream, as one of Star War’s Obi-Wan, who promises to visit him again if he needs help.

It looks like the character is keeping true to that promise. Newhart will return to The Big Bang Theory as the late Professor Proton for its forthcoming December 17 episode. Per Variety, the character will once again appear in Sheldon’s dreams, this time as a Jedi who dispenses advice and helps him make a very important decision. The episode will mark his fourth appearance on the show.

Newhart is a favorite among a long list of notable guest stars that have appeared on The Big Bang Theory throughout its on-air run. In keeping in line with the “geek” culture of the show’s main characters, the series has recruited a variety of famous names in science, tech, and famous franchises like Star Wars and Star Trek. Stephen Hawking, James Earl Jones, Carrie Fisher, Stan Lee, and Steve Wozniac are just some of the names that have appeared on the show, among many others.

The Big Bang Theory is currently in its ninth season, but is already greenlit through Season 10. After airing on Mondays for the first half of the season, the show recently moved to a new time slot. It currently airs on Thursdays at 8 p.m. Eastern time on CBS.