The Biggest Box Office Success Stories of 2018 (So Far)

In the first seven months of 2018, we’ve already seen countless films fall severely below expectations at the box office, including Solo: A Star Wars Story. But 2018 has also been a year of incredible box office success stories, with some films coming out of nowhere to make bank and other highly-anticipated titles being even more profitable than we thought they’d be.

Let’s take a look at some of those box office success stories we’ve seen so far this year. This won’t just be a list of the year’s highest-grossing films, as we won’t be focusing on movies that did about as well as they were expected to. Rather, we’ll highlight films that exceeded expectations in some way. Note: All box office numbers will be current as of July 13th, 2018; the total for the last few films will go up.

Technically, The Greatest Showman came out at the very end of 2017, but it wasn’t until 2018 that it became clear what a hit the Hugh Jackman musical was.

The film opened in December to $8 million in the United States, coming out in a competitive month nearby Star Wars: The Last Jedi and Jumanji: Welcome to the Jungle. But in its second weekend, The Greatest Showman saw a huge 76% boost in ticket sales despite only being added to a few hundred more screens. In its third week, going into January, the movie saw another phenomenal 137% increase.

Momentum continued to build and build, and the film ultimately stayed in the top ten until March and concluded its run with a domestic total of $174 million, nearly 22 times the original opening weekend gross. For some perspective, a film is typically lucky to make a total of three or four times its opening weekend gross. The international take wasn’t any less astonishing, making The Greatest Showman one of the most unexpected box office sensations in recent years.

Despite being easily the worst entry in the series, Insidious: The Last Key cleaned up when it hit theaters in January, becoming the first horror hit of 2018.

Believe it or not, The Last Key outperformed every film in the series so far, at least in terms of the worldwide gross. It even outperformed Chapter 2 despite starting off with a lower opening weekend than that film, a sign of The Last Key‘s great legs. That’s also impressive considering Chapter 2 resolved a cliffhanger from the first installment whereas The Last Key is mostly standalone.

The worldwide gross of $167 million is quite fantastic for a movie that cost $10 million, let alone a poorly-reviewed fourth entry into a horror series.

There is really no debate that the biggest box office success story of 2018 so far is Black Panther.

Marvel Studios movies pretty much always do well, and there was a lot of momentum leading up to this film’s release seeing as it was the first major black superhero film to come out in this new era of comic-book movies. But even the most optimistic of box office prognosticators didn’t come close to guessing that Black Panther would end up being the third highest-grossing film in American history.

In fact, the movie is set to outgross Avengers: Infinity War in the United States. When you consider the fact that Infinity War was the event movie with years of buildup and Black Panther was just a standalone film about a relatively obscure superhero, that is remarkable.

I Can Only Imagine

I Can Only Imagine | Lionsgate

Christian films often end up doing quite well, especially when released around Easter, and the movie that proved that this year was I Can Only Imagine. 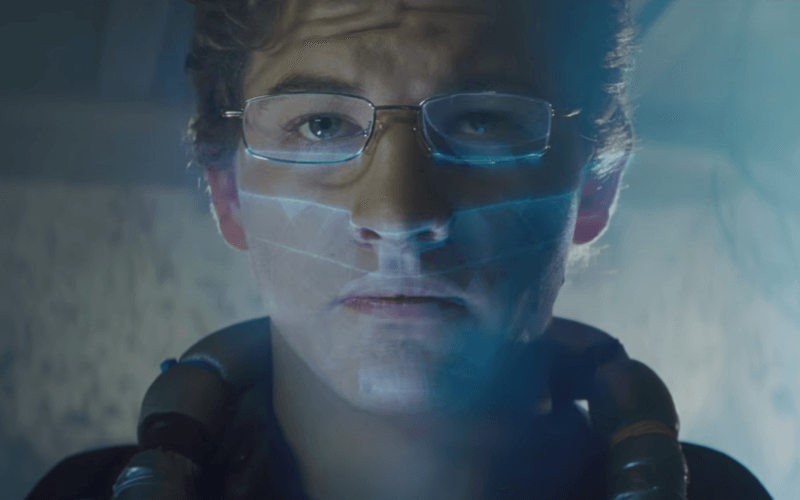 Ready Player One would probably not make this list based solely on the domestic total. It made $137 million in the United States, a solid but not Earth-shattering run.

However, the movie really impressed overseas, mainly in China, and its international total was $445 million. That means that 76% of this film’s box office take came from outside of the United States, which is an unusually high percentage. For comparison, with Black Panther, that number is 48%. Additionally, the film actually made more money in China than in the U.S.

Ready Player One isn’t the biggest box office hit of the year, but it’s another example that a film can do only pretty good domestically but turn into a huge success thanks to the international gross. Domestically, it’s the #8 highest-grossing movie of the year, but worldwide, it’s #6.

We’ve seen tons of examples lately of extremely well-reviewed horror films performing like major blockbusters, and so far, the biggest horror hit of 2018 has been A Quiet Place.

With a budget of just $17 million, the John Krasinski-helmed film about a family being pursued by monsters that are attracted to sound made $187 million in the United States and $144 million overseas, with a worldwide total of $331 million. Despite being a fairly restrained picture, it outperformed expensive blockbusters like Tomb Raider and Pacific Rim: Uprising. Some had been worried about how the film would perform because it’s basically a silent film, but luckily, audiences embraced that aspect of it.

Obviously, everyone knew that Avengers: Infinity War was going to do well. But there were some reasons to believe it wouldn’t quite be able to hit the $2 billion mark. For one, the movie ends on a massive cliffhanger that leaves the audience with a negative feeling, something that can often be detrimental to a film’s legs.

There were some who felt it wouldn’t actually outgross the original Avengers, and fans were split on whether it would have a higher opening weekend than Star Wars: The Force Awakens, considering The Force Awakens had over 30 years of hype and Infinity War had less than 10.

Infinity War crushed even harder than most of its die-hard supporters expected it to, becoming the fourth highest-grossing film of all time worldwide and giving it the biggest opening weekend in U.S. history. Given that cliffhanger, there’s no reason to believe Avengers 4 can’t top it.

Hereditary was another movie that had a lot working against its box office success. It had a solid opening weekend of $13 million, but it also earned a D+ CinemaScore, indicating that average moviegoers really weren’t feeling it. Oftentimes, films with low CinemaScores have terrible legs; It Comes at Night, for instance, got a D CinemaScore and had fairly bad legs following its opening weekend.

Hereditary, on the other hand, performed significantly better than that in the weeks following its release, actually dropping less in its third and fourth week than it did in its second. It was an example of why a low CinemaScore isn’t necessarily the kiss of death for a great movie, and despite being so bleak, Hereditary is now A24’s second highest-grossing film behind Lady Bird.

Like Infinity War, Incredibles 2 is another movie that everyone expected to do well, but it blew even the most optimistic of predictions out of the water, pulling in an astonishing $182 million opening weekend. Not only was this the biggest animated debut of all time, but it was the biggest by far. The previous record was Finding Dory‘s $135 million.

To date, the movie has made $784 million worldwide, and it’s the highest-grossing animated film of all time in the United States. With three movies on our list, Disney is clearly having a great year.