‘The Daily Show’: 5 of the Most Successful Correspondents

When Jon Stewart gave his final, star-studded sign off from The Daily Show in July, fans of the comedy series were devastated. If you were a fan too, you can understand why. After all, he’s been the go-to news anchor for many of us for over 16 years – a media personality we could trust to make us laugh and make us think about current events.

But we aren’t the only ones feeling the loss. In the days leading up to and after his departure, many of Stewart’s former employees and colleagues took to the airwaves and social media to express their gratitude. And it’s easy to understand why – during his tenure as Daily Show host, Jon Stewart gave dozens of up-and-coming comedians a platform, raising their profile and helping to shape their career paths. While some have faded into obscurity after their time on the show had passed, others have gone on to incredible success within the entertainment industry. Here are five of the most successful Daily Show alum. 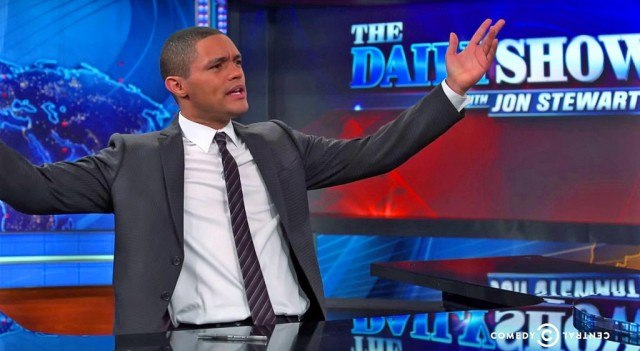 While others have had arguably more illustrious post-Daily Show careers, 31-year-old Trevor Noah has a one-up on every other former correspondent. Starting this September, he’s taking the reins from Jon Stewart and starting his tenure as host. But before this South African native was announced as Stewart’s successor, he had a successful stint as an on-air correspondent, beginning in 2014. Though he only appeared in five segments, he made an impression for his bold commentary on American poverty and imperialism. With his stoic but not quite deadpan comedic delivery, the little we saw of him seems to indicate that he’s an apt replacement. Noah has big shoes to fill as the new Daily Show host, but he seems to be savvy enough to move the show further into the digital age.

Stephen Colbert became a household name during his tenure on The Daily Show. He distinguished himself by playing a pseudo-conservative persona that dealt in outrage over even the most innocuous of current events. And he built up such a large audience for himself, he was given his own Comedy Central spinoff, The Colbert Report. But even that was small potatoes compared to his latest gig — starting on September 8, he’ll take the reins from David Letterman as the new host of CBS’s The Late Show. 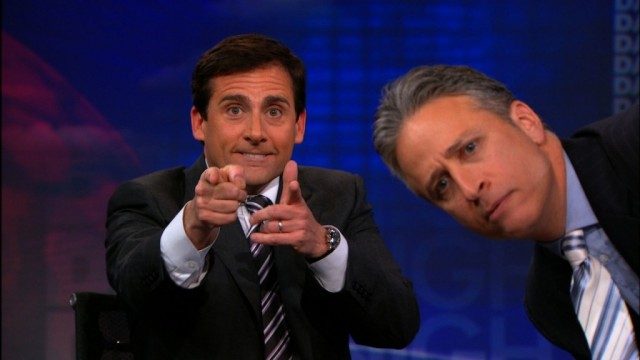 Steve Carell got his start as a goofy, occasionally dim-witted on-air correspondent for The Daily Show in 1999. And he stayed on the popular series for six seasons before moving on to bigger projects. Carell is one of the only former cast members to make a full-fledged transition from the series to the big screen. He’s starred in wildly popular comedies like The 40-Year-Old Virgin, indie hits like Little Miss Sunshine, and even earned an Oscar nomination for his chilling performance in Foxcatcher. But he’s probably best known for playing Michael Scott on the enormously successful NBC remake, The Office. 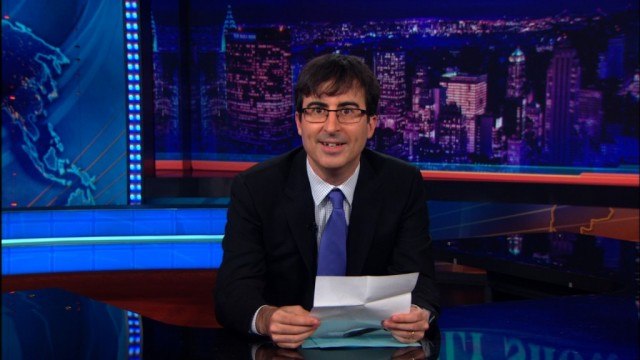 For seven years, John Oliver earned countless laughs as an “International Correspondent” on The Daily Show. He was so popular amongst fans of the series, Jon Stewart picked him to take over hosting duties when he briefly left in 2013 to film his directorial debut, Rosewater. But John Oliver has found a great deal of success hosting his own series since he left The Daily Show in 2014. His half-hour news comedy program for HBO, Last Week Tonight, has earned rave reviews and produced tons of viral content. He’s been so convincing in his reporting that he’s been cited as a reason for increased awareness and even sometimes government action toward everything from FIFA to televangelists. 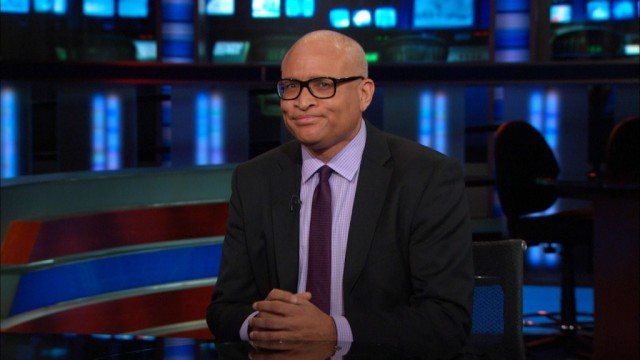 Unlike many other correspondents, who got their start on the series, Larry Wilmore was already an established comedian when he took his gig on The Daily Show. But he fit right in with the crew, and earned such a reputation for his on-point reporting and razor sharp humor that Comedy Central gave him his own series. The Nightly Show with Larry Wilmore premiered on the cable channel on 2014. Though it’s struggled a bit in finding an audience, Wilmore’s sardonic series has earned rave reviews from critics.