‘The Defenders’: All the Stunning Secrets From the First Trailer

Marvel’s Netflix saga has made a habit of telling some of the best standalone stories in their entire cinematic universe. Even with the relative disappointment that was Iron Fist, it’s still been a platform for stories rooted in complex morality, social issues, and deeply-explored characters.

That all comes to a head later this year, with the Aug. 18 release of The Defenders. All our heroes will come together to fight a single enemy, and now, we have the first trailer in hand. Here’s what it told us.

1. Jessica Jones appears to be fresh off of her ordeal with Kilgrave 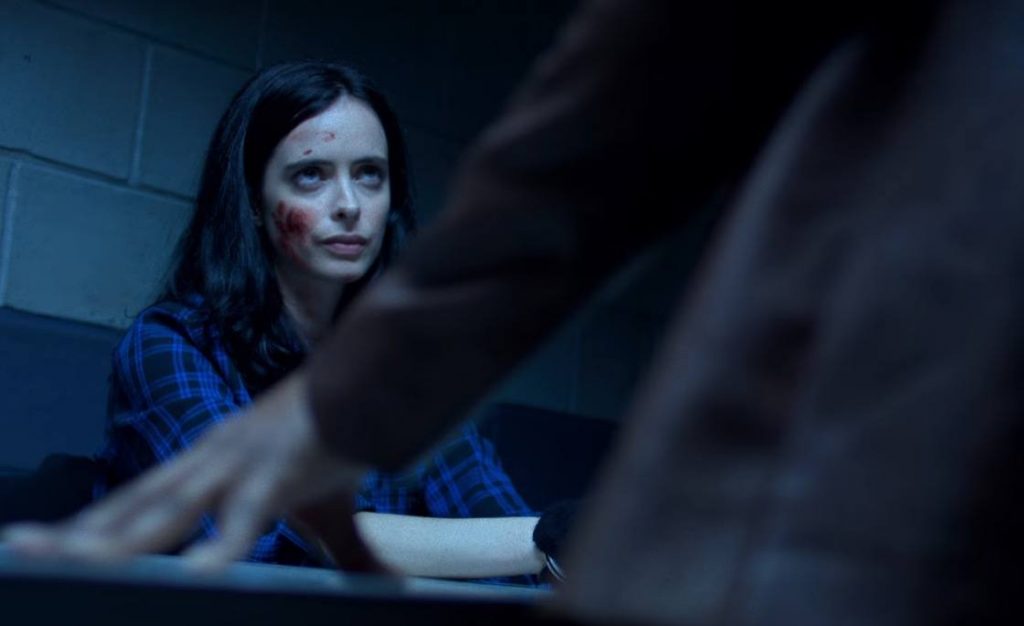 Jessica Jones in The Defenders | Netflix

The trailer opens with Jessica Jones (Krysten Ritter) in an interrogation room with Misty Knight (Simone Missick), presumably directly after the events that led to Kilgrave’s death. We haven’t heard much about Jessica Jones since her standalone series wrapped up its first season. Odds are The Defenders will spend some time filling us in on her whereabouts during the time periods of Luke Cage and Iron Fist. 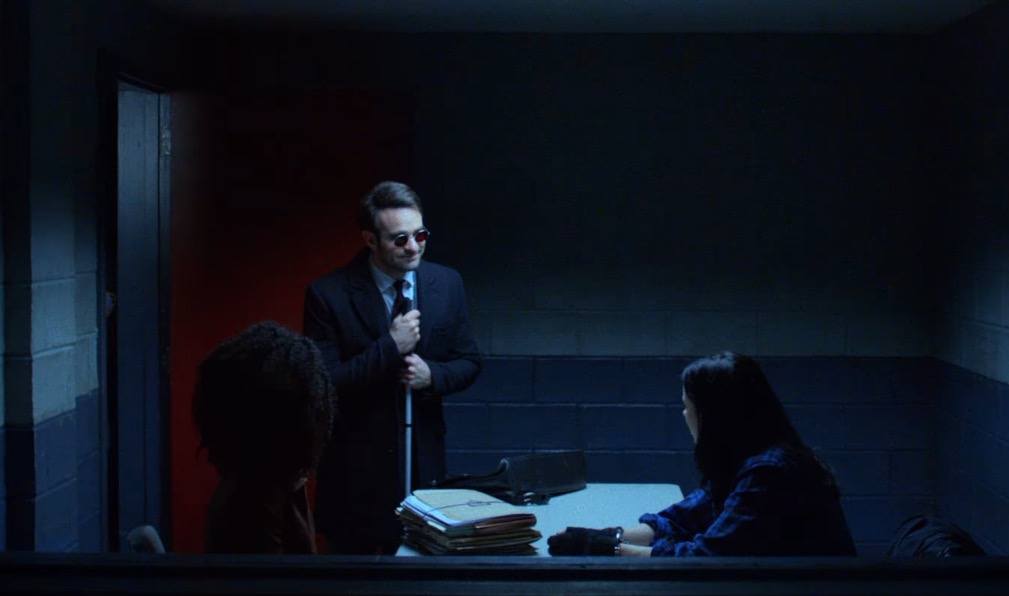 Given all the time our various heroes have spent in police custody, it was only a matter of time before Matt Murdock walked into an interrogation room to save someone. This scene marks the first time we’ve seen Daredevil interact with a fellow Defender, marking the first step toward our characters uniting to foil whatever scheme the Hand is cooking up this time.

3. Luke Cage is fresh out of prison 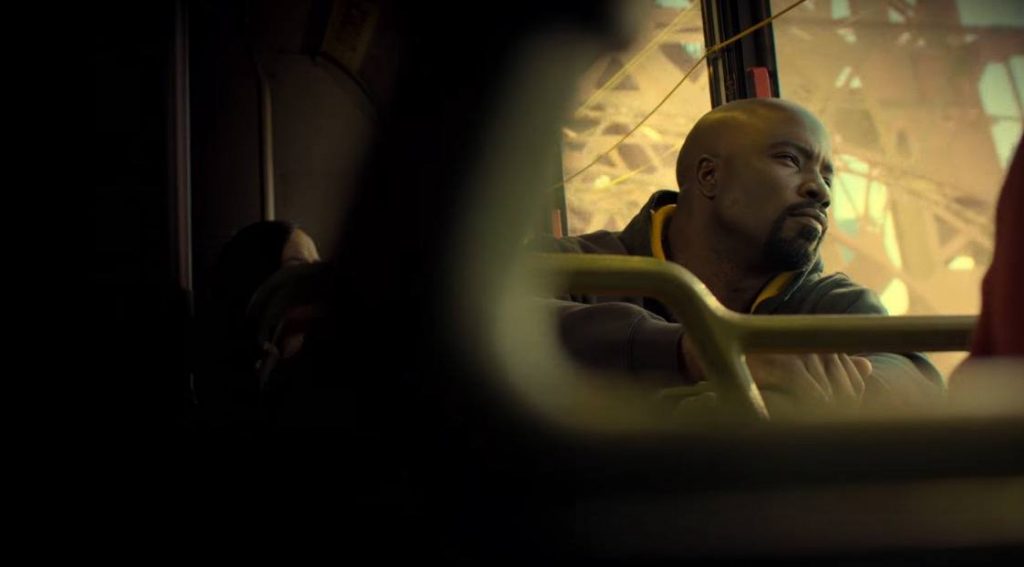 Luke Cage in The Defenders | Netflix

If you’ll remember, Luke Cage was sent to prison at the end of the first season of his titular series. We see Claire Temple (Rosario Dawson) reading a letter from him in Iron Fist, but past that, details concerning his incarceration have been scarce.

Perhaps Matt Murdock, in addition to swooping in to save Jessica Jones, also utilizes his legal acumen to bail out the Hero of Harlem. 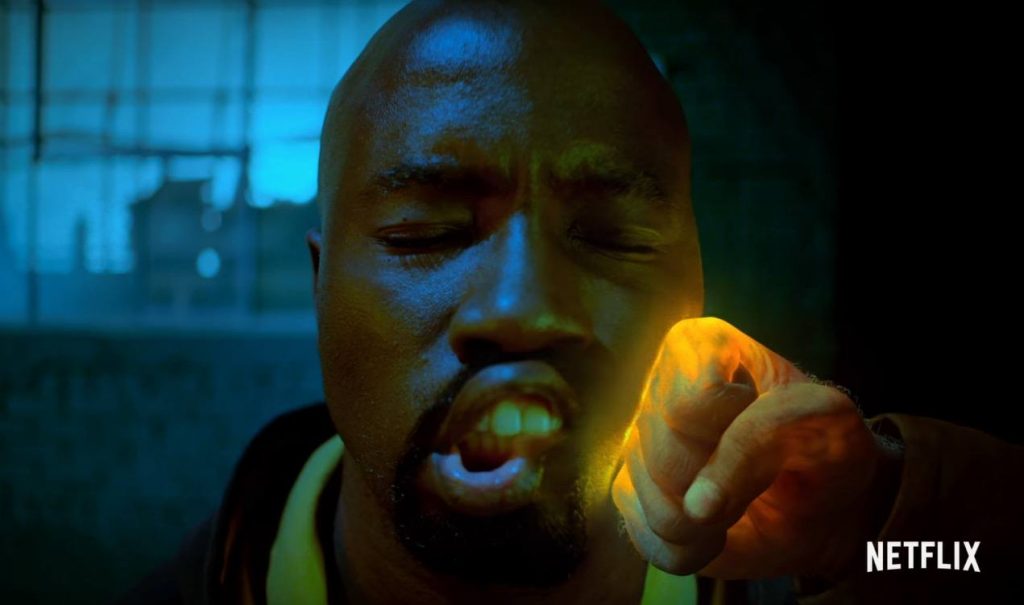 In Marvel’s comics, Danny Rand and Luke Cage are best friends, teaming up to start the “Heroes for Hire” agency, with the help of their lawyer, Jeryn Hogarth. The two don’t seem to get along very well in their first introduction in The Defenders though, going toe-to-toe in what ends up being a fairly evenly matched fight.

5. Elektra rises as the Black Sky 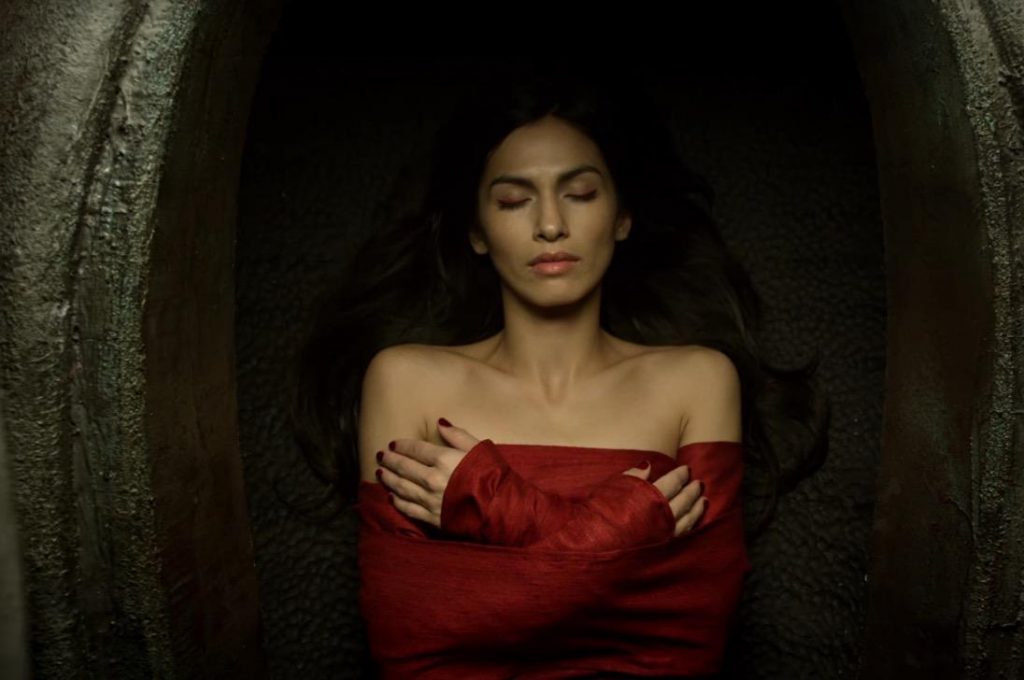 Elektra in The Defenders | Netflix

Daredevil‘s second season ended with the Hand taking the recently-deceased Elektra, and putting her in their weird human-sized blood-jar. Now, she’ll be resurrected as a weapon that serves the forces of evil, fulfilling her role as the Black Sky. This will likely create a whole lot of issues for Matt Murdock, as he’s forced to fight the woman he loved before her untimely death.

6. The team trains together 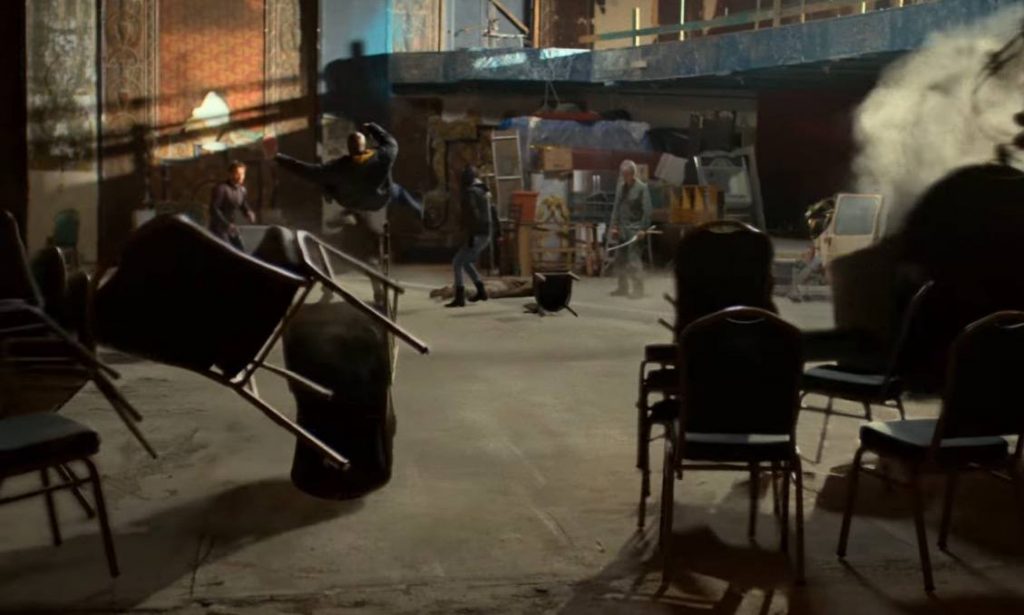 It’s not exactly clear what’s happening in this scene, but based on Stick’s presence (and relative nonchalance), it looks like the Defenders are training to fight as a single unit. It obviously doesn’t go all that well, although later on in the trailer, we get the real deal (more on that soon). 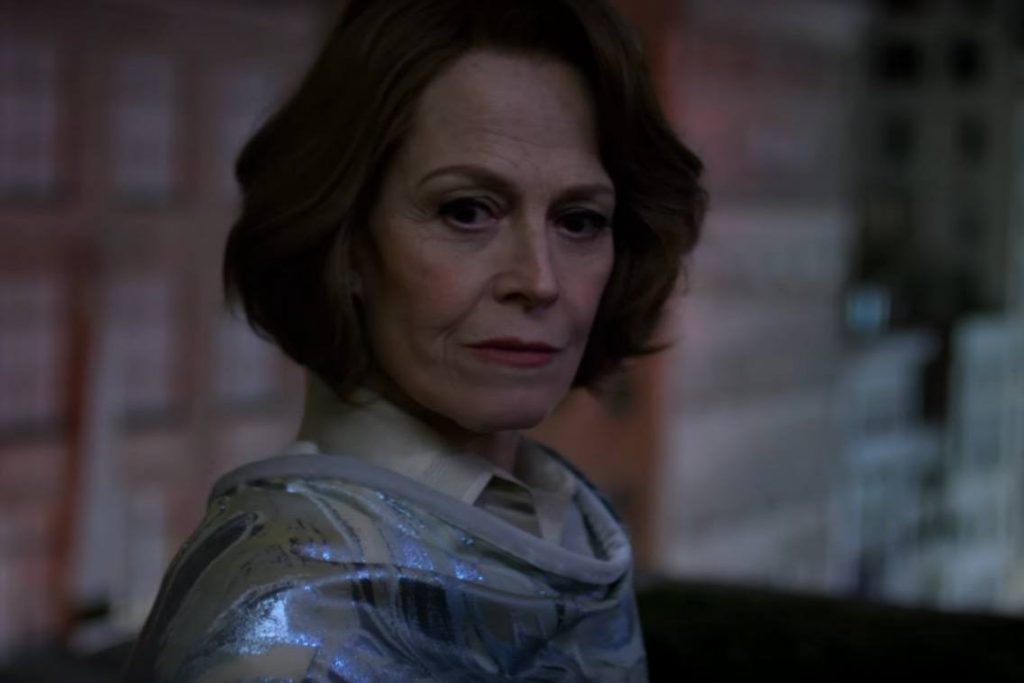 We still don’t know who exactly Sigourney Weaver is supposed to be playing. That said, she carries the air of someone in charge. Throughout the trailer, she’s seen sending minions after our heroes, smiling menacingly, and generally acting like the big boss at the very top of the Hand’s organization. 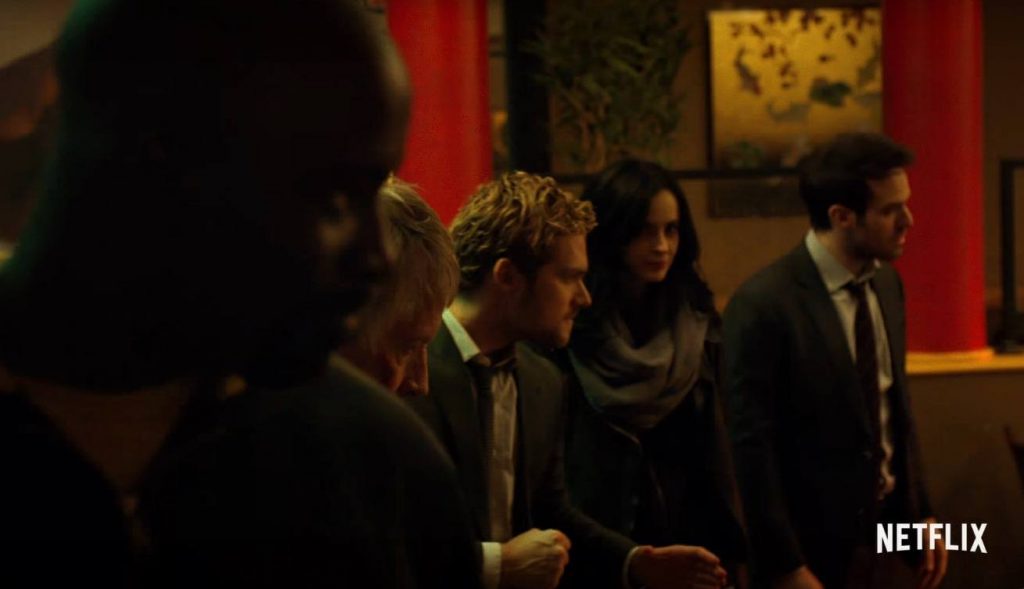 The Defenders prepare to fight | Netflix

As the first shot of the entire Defenders team fighting a common enemy, this is an important moment to say the very least. Here our heroes face off with Weaver’s character for what appears to be the first time, as she ominously states, “the more connections you have, the easier it will be to break you.”

This statement puts the loved ones for each of our characters at risk, including Foggy and Karen for Daredevil, Claire and Misty for Luke Cage, Colleen Wing for Danny Rand, and Trish Walker for Jessica Jones. 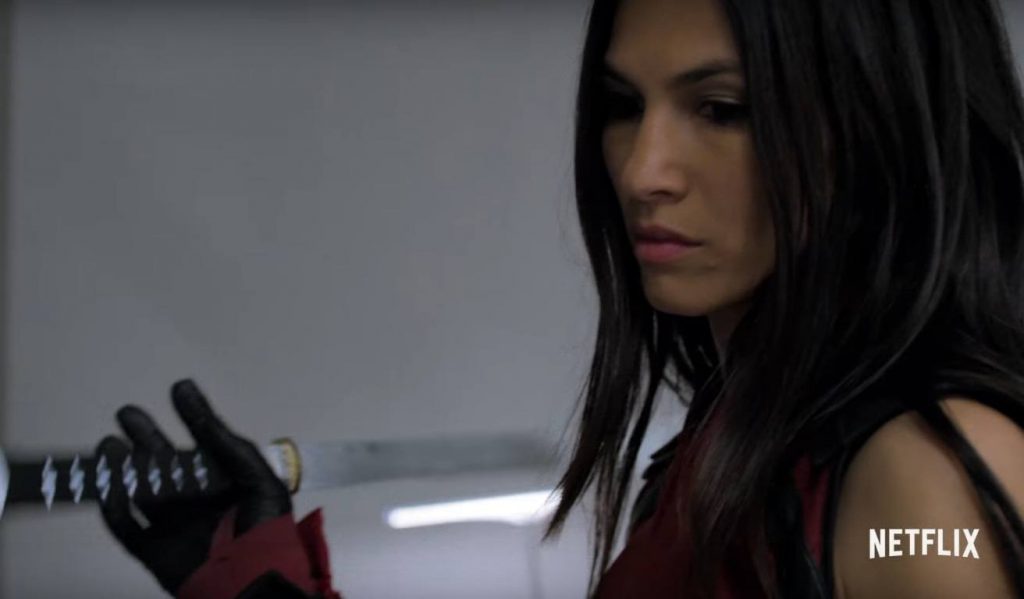 Elektra in The Defenders | Netflix

It’s not enough to simply use Elektra to accomplish the Hand’s greater goals. Rather, she’s being used to fight our heroes directly, punching Matt Murdock straight through a plate-glass window.

Smart money says she’s a mindless Black Sky killing machine, and the evidence from the first trailer seems to confirm that. 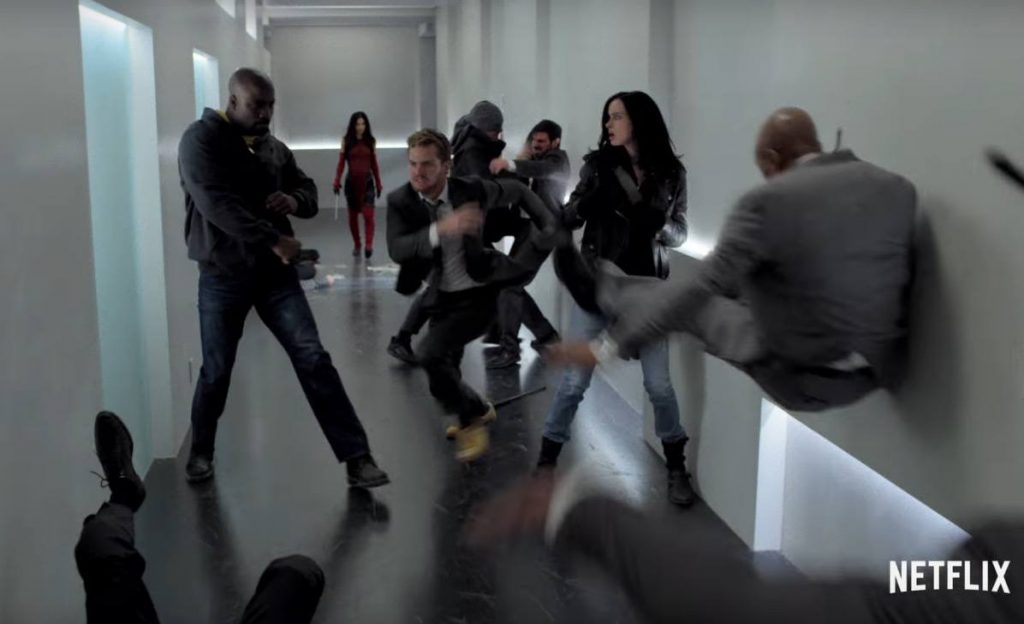 Daredevil‘s first two seasons were each marked by spectacularly realized hallway fight scenes. The Defenders will look to take the cake, featuring a hallway fight of its own, this time with a full complement of superheroes. Elektra lurks in the background though, as she prepares for what’s sure to be a climactic entrance.