‘The Defenders’: 5 Theories About Who Sigourney Weaver Will Play

Sigourney Weaver will soon be joining Marvel’s TV universe, as announced at the New York Comic Con earlier this fall. The actress will be playing the main villain in Netflix’s highly anticipated team-up show, The Defenders. Both companies are staying tight-lipped about the specifics of her character for now, but of course, that hasn’t stopped comic book fans from speculating.

Per EW, her character’s name is Alexandra, and showrunner Marco Ramirez  describes her as an “utter badass.” Not much else is known about her character at this time, beyond those two details. It should be noted that “Alexandra” could be a pseudonym for any of the Marvel characters listed below, or she could be an entirely new character created for the show.

Check out our five theories about who Weaver could play in the upcoming series. 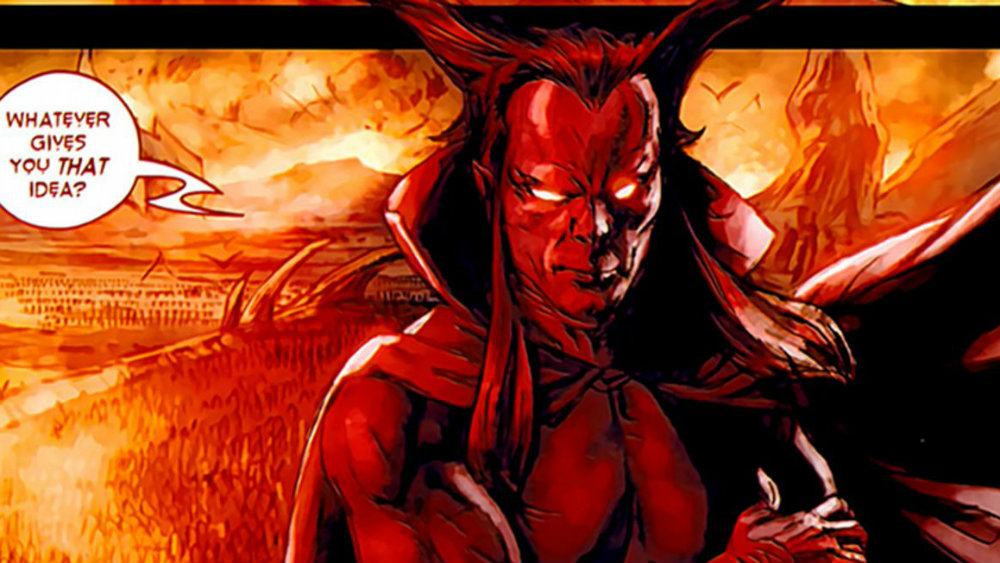 Mephisto has been heavily rumored to be the main villain in The Defenders for several months now. Though the speculation has yet to be confirmed, there’s as good of a chance as any that Weaver could be playing a gender-swapped version of the devilish character.

As comic book fans may know, Mephisto is an immortal demonic entity based on the character from German folklore, Mephistopheles. The figure first appeared in Silver Surfer #3 in 1968 and has since appeared in over four decades of Marvel continuity. He possesses mystical powers, including shape and size-shifting, matter manipulation, illusion-projecting, and altering time. He is also able to capture the souls of recently deceased humans who have previously bargained with him.

Aside from being a foil powerful enough to take on the members of The Defenders, Mephisto could also potentially help tie the series to Marvel’s Agents of SHIELD, which recently introduced Ghost Rider — a character created by Mephisto in the comics.

2. The Beast of the Hand

The Beast of the Hand | Marvel Comics

Season 2 of Daredevil introduced the supervillain organization, the Hand, an ancient order of ninjas formed in the 16th century who practice martial arts and occult magic. During the show’s second season, the Hand believed that Elektra was their leader, known as Black Sky, even resurrecting her after she was killed in an attempt to defeat the clan.

Still, there’s a possibility that Elektra isn’t the real leader, as the Hand believes, but actually serves as a different figure: the Beast. The Beast is an ancient demon lord that’s the true driving force behind the Hand. The Beast uses the organization to fulfill his thirst for destruction, possessing the bodies of various characters to do so. He even takes over Daredevil’s body at one point in the comics.

Given this ability, there’s a chance that The Defenders will build on the Hand’s storyline by having Weaver play the latest vessel for the demon.

The Hand also appeared as the primary antagonist in the freshman season of Iron Fist.

Will Simpson aka Nuke in Jessica Jones | Netflix

As we learned in Jessica Jones, IGH is a secret paramilitary organization known for conducting illegal experiments and doling out strength-enhancing drugs. The group paid Jessica’s medical bills after the accident that killed her family and conducted the operation that imbued her with superhuman powers. IGH is also responsible for giving combat-enhancing drugs to Will Simpson aka Nuke and is theorized to be behind the creation of the Purple Man aka Killgrave (both of whom were seen in the freshman season of Jessica Jones).

Given all these ties, it only makes sense that the shady organization will continue to play a significant role in Marvel’s TV universe. And since every company needs a figurehead, who better than Weaver to play IGH’s president and CEO? 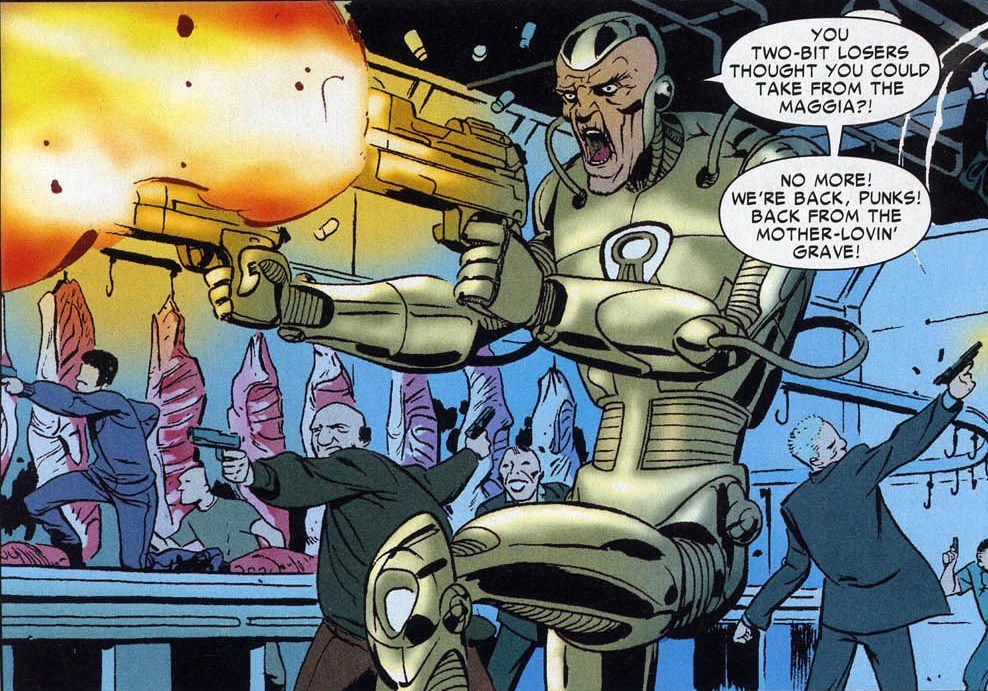 There’s also a chance that The Defenders will feature a villain with ties to organized crime, rather than one with their own mystical or superhuman powers. After all, with Kingpin, Diamondback, and Cottonmouth all taken care of, there’s room for a new power player to take over. Silvio Manfredi aka Silvermane could be just the one to do that.

As the leader of the vast criminal organization, Maggia, Silverman has been a longtime master of hand-to-hand combat and marksmanship. But when heroes like Spider-Man started popping up, Silvermane decided to augment his abilities by replacing his human organs with a bionic body, giving him the strength to go head-to-head with other super-abled beings. This makes Silvermane one of the few crime bosses that are big enough and bad enough to face off against the formidable Defenders and Weaver is certainly capable of pulling the character off. 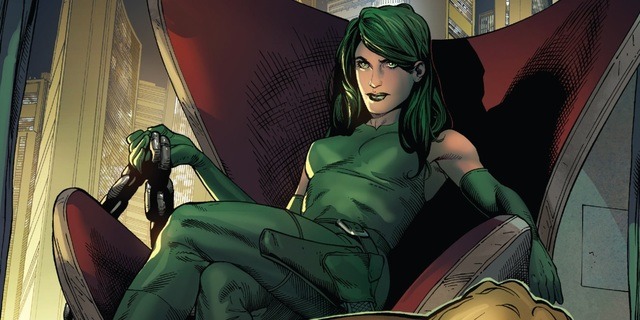 Another possible villain that Weaver could portray in The Defenders is Viper, a trained assassin who has previously served as a head of Hydra. Given her extensive abilities in hand-to-hand combat, sharpshooting, swordfighting, and experimental (often poisoned) weaponry, she certainly has the fighting skills to go against the whole Defenders crew. She also has some past connections to the Hand, which we know will continue to play a role in Marvel’s hero series in the future.

One important note: Viper previously appeared as a villain in 2013’s The Wolverine. But given that she is a significant foe to the Avengers in the comics, that means that Marvel isn’t necessarily barred from using the character in its current projects.

We’ll have to stay tuned for more details on Weaver’s character.

The eight-episode freshman season of The Defenders is set to premiere on Aug. 18, 2017.