‘The Devil and the Deep Blue Sea’ Sinks, Despite Star-Studded Cast 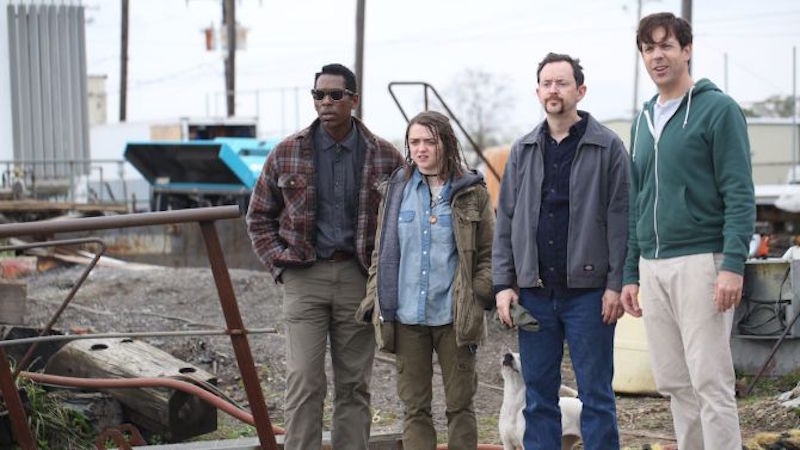 Jason Sudeikis is known for bringing welcome hints of humor to even his more serious minded projects, but that’s not the case with his latest feature, The Devil and the Deep Blue Sea. The Bill Purple-directed indie drama, which made its debut at the Tribeca Film Festival, is a misconceived, overly sentimental tale about a distraught widower who copes with his wife’s death by befriending a wayward teenager.

Sudeikis stars as Henry, an uptight architect on the verge of scoring his firm its biggest client yet with his design for an upscale New Orleans waterfront development. Meanwhile Biel plays his pregnant wife Penny, his free-spirited polar opposite who encourages him to “be bold” and swaps his boring dress shoes for purple sneakers.

On the morning of Henry’s big presentation, Penny spots a vagrant teenage girl (Maisie Williams) rummaging through their neighbor’s trash and urges her husband to help her out. Distracted by the day ahead, he offhandedly agrees and rushes out the door. Just hours later, Penny dies in a car accident.

Paralyzed by grief, Henry gets caught in self-destructive cycle of misery, ignoring the demands of his tough boss (Paul Reiser) and domineering mother-in-law (Mary Steenburgen). But after catching sight of the girl we later find out is named Millie, he remembers his promise to Penny and sets out to befriend the 16-year-old girl and her mangy dog, Ahab. Initially, Mille wants nothing to do with him (“Are you some kind of pervert?” she asks), but the two eventually form a strange attachment, working together to fulfill the teen’s dream of building a makeshift raft and sailing to the Azores islands to escape her abusive uncle.

Written by Purple and Robbie Pickering, The Devil and the Deep Blue Sea ends up falling into a lot of the same traps as Demolition, the recently released Jake Gyllenhaal flick about another grieving window who finds solace in the friendship of a stranger. Like that movie, Deep Blue Sea starts off as a well-meaning tale of perseverance, but ultimately fails to rise above its preachy script and contrived plot revelations. 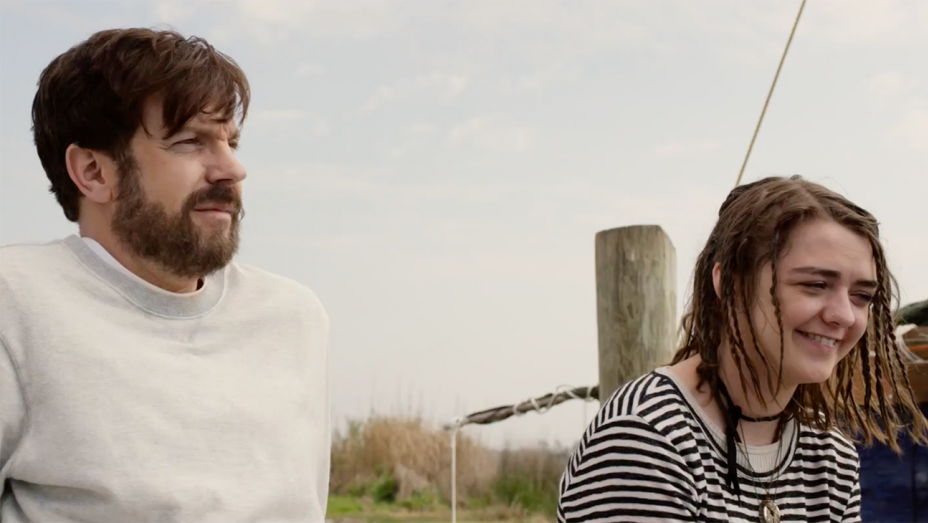 It doesn’t help that none of the characters in the movie are believable as real people. Instead, it feels like Purple and Pickering plucked each one from a list of character archetypes — and sadly, that’s exactly how the cast plays them.

Sudeikis isn’t particularly memorable as Henry, injecting a lot of blank stares throughout the character’s predictable transformation from a straitlaced worker bee to a beard-donning, pot-smoking widower looking for a new sense of purpose. But at least he doesn’t make any attempts at an accent — unlike Biel and Williams, who both unconvincingly adopt heavy Louisiana drawls (the latter of which can be heard throughout the movie in voiceovers that aim at Forrest Gump-style wisdom, but ultimately drown in hoary, ocean-themed metaphors).

For such a rich, scenic city, New Orleans itself plays a surprisingly small part in the movie. With the exception of a few waterfront scenes, nothing feels or looks particularly Southern. That’s a shame, as the film probably would’ve benefitted from a more local touch — even with the music. The guitar string and piano-heavy score, composed by Biel’s husband Justin Timberlake, is loud and unsubtle, doing an already problematic movie no favors.