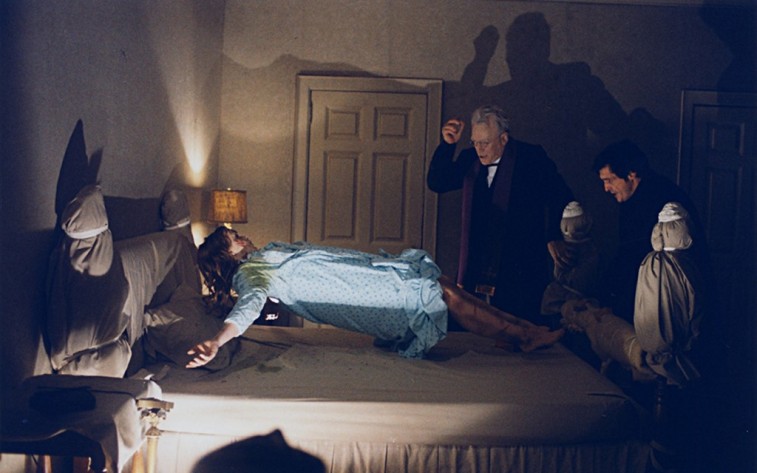 File this one under the latest in unnecessary remakes. Fox has just issued a pilot order for a small-screen adaptation of The Exorcist, based on William Peter Blatty’s 1971 book that also inspired the classic horror film of the same name.

As horror fans know, The Exorcist details the story of the demonic possession of the 12-year-old daughter of a famous actress, Regan MacNeil, and the Jesuit psychiatrist priest who attempts to exorcise the demon. The best-selling book served as the basis for the beloved 1973 movie, which was also written by Blatty and earned widespread critical acclaim. Though the genre-defining film has since spurred countless copycats, sequels, and prequels, it has managed to avoid a television reboot, until now.

According to Deadline, Fox is developing an hour-long, modern retelling of the classic horror story. Described as “a propulsive, serialized psychological thriller,” the show will follow two very different men who tackle one family’s case of horrifying demonic possession, and end up confronting the face of true evil.

Jeremy Slater, the scribe behind last year’s critically derided Fantastic Four, is set to write the adaptation of The Exorcist. He will also serve as an executive producer on the TV version alongside James Robinson, David Robinson, and Barbara Wall.

Though the network only just issued a pilot order to the series, the project has actually been in the work for quite some time. Per Deadline, Slater’s version of the adaptation was first shopped around back in the summer of 2013, right around the 40th anniversary of the William Friedkin-directed movie. While both broadcast and cable networks expressed some interest at the time, the project never moved forward until now. After a lengthy pursuit and several months of negotiating, Fox eventually landed the TV show and is now putting it in the early stages of development.

This isn’t the first recent attempt at a small-screen version of The Exorcist. In 2012, Martha Marcy May Marlene writer and director Sean Durkin shopped around a 10-episode take of The Exorcist, with the idea of focusing more on the time leading up to the girl’s demonic possession. Roy Lee, the executive producer of The Departed and The Ring, was attached to produce the series at the time. However, that project never ended up coming to fruition.

Whether Fox’s version of the horror classic will make it past the pilot stage remains to be seen, but it’ll certainly have a lot to live up to, should it eventually make it to series. Decades after its release, The Exorcist is still widely considered one of the best horror movies of all time, and its director Friedkin has openly spoken out against the idea of a remake — a sentiment that many purists agree with. Plus, Fox will have the added challenge of turning one of the scariest movies ever into a network TV-friendly format.

Fans will have to stay tuned to see how it plays out. As of now, the project is only in the early stages of development, so casting and other details are still pending.

As for Fox, The Exorcist will mark only the latest movie property that the network has earmarked for a TV adaptation. Last year, the network premiered its adaptation of Minority Report (which has since been canceled) and also considered an Urban Cowboy reboot. Other networks have also jumped on the bandwagon, with TV reboots for Rush Hour, Friday the 13th, and The Notebook all currently in the works.