‘The Flash’ Premiere: 5 Shocking Events That Will Shape Season 2

After much anticipation, The Flash finally kicked off its second season on Tuesday night with an action-packed premiere that was definitely worth the wait. The show wasted no time answering some lingering questions from last season and introducing some significant new characters. Below, check out five of the premiere’s biggest moments and what each means for the rest of season two. (Warning: major spoilers ahead) 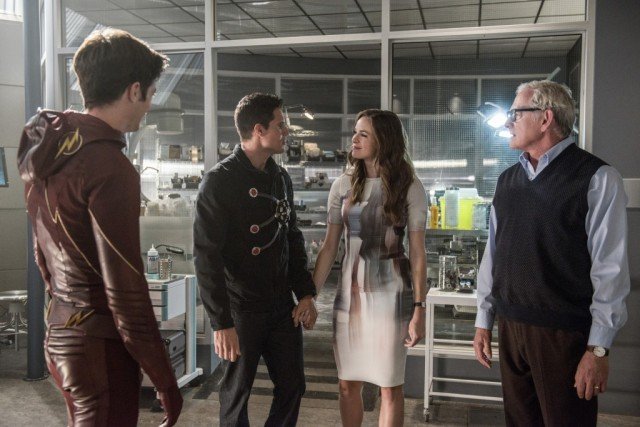 While everyone is praising Barry Allen’s (Grant Gustin) The Flash for saving Central City from the destructive singularity seen in the season one finale, it turns out there’s another hero to thank as well. As the season two premiere just revealed, the Firestorm duo stepped in to help Barry close the wormhole. While Martin Stein (Victor Garber) survived, the other half of the pairing, Ronnie Raymond (Robbie Amell), seemingly lost his life in the action. His sacrifice — which only the STAR Labs team knows about — haunts Barry in the beginning of the episode, especially since everyone is crediting him for saving the city.

What this means for season two: Fans basically already knew that Ronnie wouldn’t be back this season, especially since his character wasn’t included on the roster for the upcoming DC Legends of Tomorrow. What we didn’t know is what exactly would make him disappear. Now that we have that answer, viewers should expect Jay Jackson (played by British actor Franz Drameh) to step in and eventually replace Ronnie as the new half of Firestorm.

That being said, all hope is not lost for Ronnie. “As we’ve seen the entire time that The Flash has been on the air, just because you’re dead doesn’t mean you’re gone,” executive producer Andrew Kreisberg told The Hollywood Reporter (THR). “Especially with time travel and introducing a world of doppelgängers as you’ll start to see next week, so I wouldn’t be surprised if Robbie Amell was on the show again one day.”

2. Wells leaves a will 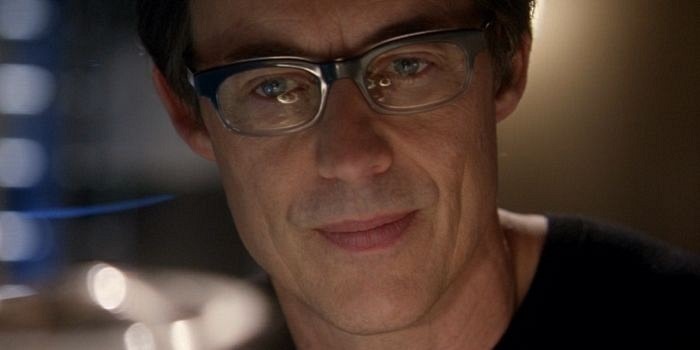 Season one villain Harrison Wells returned in this episode for a final surprise. Not only did Wells leave STAR Labs to Barry in his will, he also left behind a video message in which he confesses to killing Barry’s mom — giving Barry the proof to finally exonerate his dad. Though it might seem like an unexpected move from Wells, it’s actually brilliantly played. In giving Barry the video, Wells still manages to get the last laugh. As he says in the clip, “I’m going to give you exactly what you want, but you’re still not going to be happy.”

What this means for season two: Will this be the last we see of Wells? Probably not, but even if it is, it’s a great final move by his character. As for Barry, he’ll finally get the chance to achieve his ultimate goal (even if it was handed to him by Wells) and reunite with his dad outside the prison walls. Speaking of which… 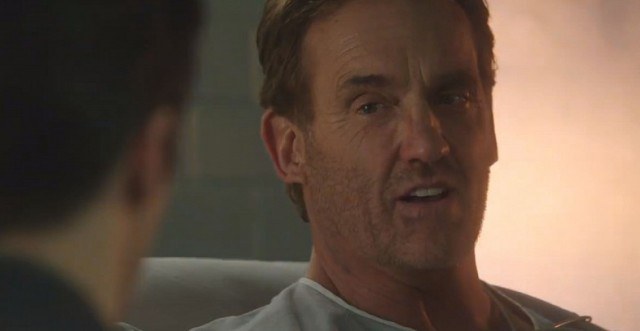 After Barry hands the video of Wells’s confession to the police, Henry is released from prison at last. But the happy reunion doesn’t last too long. In one of the most heartbreaking moments of the premiere, Henry reveals he plans to leave town. It seems cold given how long they’ve been apart, but Henry maintains that Barry can’t continue being the hero he has become with his dad around. Barry ultimately agrees, but is left disappointed, telling Joe, “It just feels like every time I win, I still lose.”

What this means for season two: Though Henry may not be sticking around Central City, that doesn’t mean he won’t be present throughout the season. “You’ll still get all those emotional, heartfelt scenes with Barry and his dad, it just won’t be with them on the phone with a plate of glass between them,” Kreisberg told THR. “Henry will continue to be part of the show in the same capacity. But we did need to pay off the Harrison Wells of it all.” 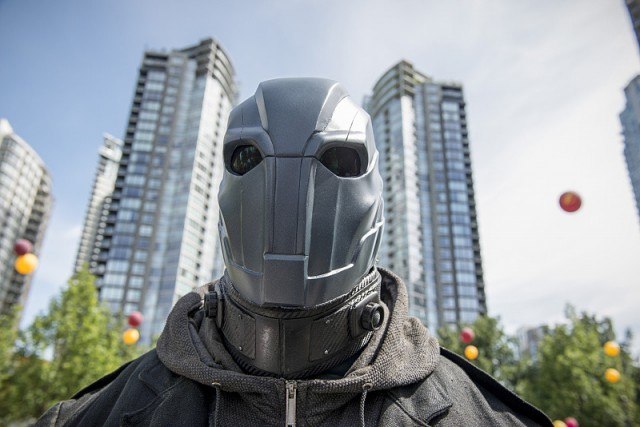 Aside from dealing with all the emotional aftermath of last season’s leftover drama, the STAR Labs crew also had a meta-human to deal with in the premiere episode. Atom Smasher (whose name was coined by Martin Stein, much to Cisco’s delight) appears in Central City on a mission to kill The Flash. When Barry is finally able to capture him by luring him into a nuclear power plant (with the help of his team), Atom Smasher reveals he’s only after Barry because “he promised to take me home if I killed you.” Who? Zoom, the new bad guy who is set on taking down The Flash.

What this means for season two: Fans already knew that Zoom, the evil speedster first created by The Flash executive producer Geoff Johns and artist Scott Kolins in 2001, would be The Flash’s main foe this season. Now that he’s been (semi) introduced, viewers can expect him to stir up plenty more trouble. The character, who has the power to manipulate time around him, is described as being faster than both Reverse-Flash and The Flash, meaning Barry will have his work cut out for him trying to catch up. 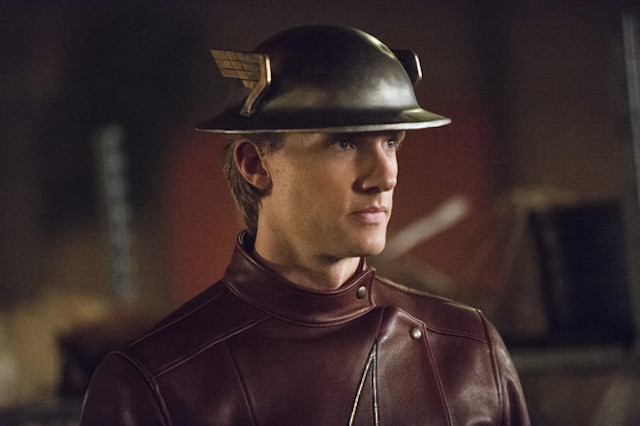 Though we knew that the original Flash, Jay Garrick (played by Teddy Sears), would be appearing this season, we didn’t exactly how or when he’d show up. Thankfully, we didn’t have wait long for him make his big entrance. At the end of the premiere, Jay surprises the STAR labs team by bypassing the lab’s tightened security system to deliver an important message: Barry’s world is in serious danger.

What this means for season two: Barry is initially wary of trusting this figure from another world, but Jay eventually takes on a big brother figure for him. “Jay has already been to war, Jay’s been The Flash a little bit longer than Barry and he’s a little bit more hardened by experience and a little bit more solitary,” Kreisberg explained to Variety. “But he knows things about being The Flash that Barry doesn’t know yet because he doesn’t have the wealth of experience, and Jay is able to teach Barry some new Flash tricks that didn’t even occur to him.”

The Flash airs on Tuesday nights at 8 p.m. ET on The CW.