‘The Flash’ and ‘Arrow’: How the Crossover Changes Everything

The first half of this year’s two-part The Flash–Arrow crossover aired last night, and it definitely didn’t disappoint. Between the reunion of the two superheroes and their teams, the introduction of Legends of Tomorrow villain Vandal Savage (Casper Crump), and the emergence of both Hawks, the episode proved to be more fun, action-packed, and hugely entertaining than ever. While the crossover will conclude with the Arrow episode tonight (December 2), fans can expect the events of the team-up to have significant repercussions on the rest of each show’s respective seasons.

Here are five ways in which this week’s crossover event will impact both The Flash and Arrow moving forward. (Warning: Spoilers ahead!) 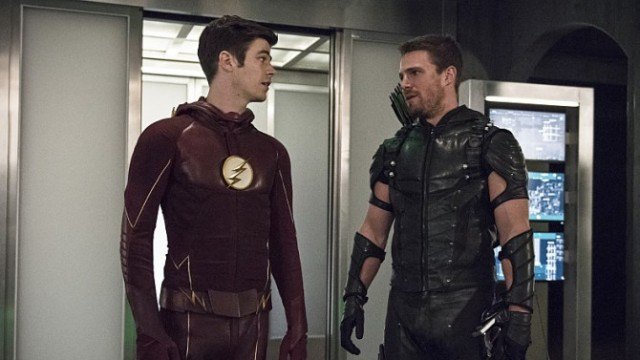 This week’s episode saw Team Flash desperately trying to find a way to increase Barry’s (Grant Gustin) speed, so that he’ll be able to take on Zoom. While most of the S.T.A.R. Labs group was over in Star City battling Vandal Savage, Caitlin Snow (Danielle Panabaker) and Earth 2’s Harrison Wells (Tom Cavanaugh) were back in the lab, creating a serum that will help Barry run faster. They called it Velocity 6 and, as we find out later on in the episode, it works — at least, temporarily.

According to executive producer Andrew Kreisberg, that won’t be the last we see of the serum. “If you’re a fan of the comics, you know that a big part of the comics is Velocity 9. And today you guys met Velocity 6,” he said, per TVLine. “So it’s safe to say that there’ll be a few more iterations of that formula … How it plays out and how it works and who uses it and the effects that that have — that’s something that you’ll have to watch.”

2. Problems for Patty and Barry 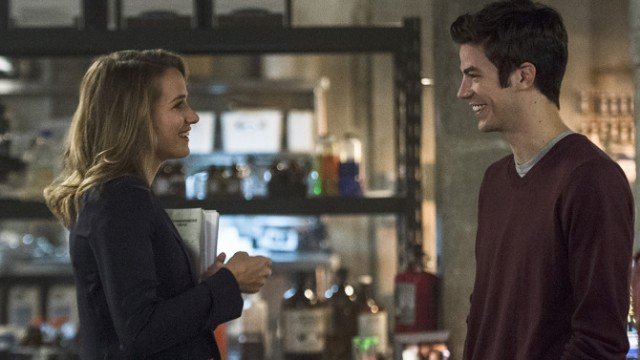 As time goes on, Barry is having an increasingly difficult time keeping his hero identity a secret from Patty. This isn’t exactly a surprise, considering she’s a detective and it’s her job to hunt down evil metahumans. But though she’s come pretty close to figuring out the secrets of S.T.A.R Labs in the past, she has her closest call yet in this week’s episode when she spots Earth-2’s Harrison Wells, confuses him for the original evil version of Wells, and shoots him. Joe eventually intervenes and prevents her from finding out the truth, but it’s safe to say they can’t hide it for much longer.

That leaves Barry with the question: “Can he actually have a relationship with somebody, and what does having a relationship with somebody mean?” Kreisberg teased. As he struggles with the decision of telling her the truth, Barry will apparently receive conflicting advice from Iris, who encourages him to open up to Patty, and Wells, who warns him to keep her away so that she won’t fall in the hands of Zoom. “Barry is really wrestling with those two things moving forward,” Kreisberg said. 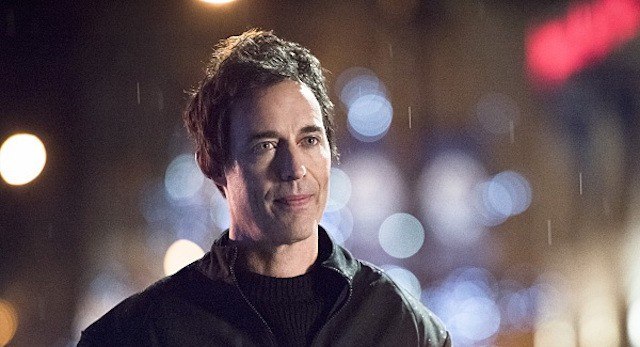 As we’ve seen over the course of the season so far, Jay and Harrison Wells don’t exactly get along. But things took a turn this episode when Jay injected himself with the Velocity 6 serum in order to help save Wells after Patty shoots him. Whether they like it or not, this event will mark a turning point in the characters’ relationship.

“Jay is still very dubious of Wells, and the carnage he’s created on Earth-2…” Teddy Sears, who plays Jay, teased. “There is a growing understanding, respect. There is a nice — I don’t want to call it a shift, but these two will begin to work side-by-side, as members of Team STAR Labs, going forward and fighting metahumans. They’re not going to be buddies or great friends, but something does happen for the good after that.” 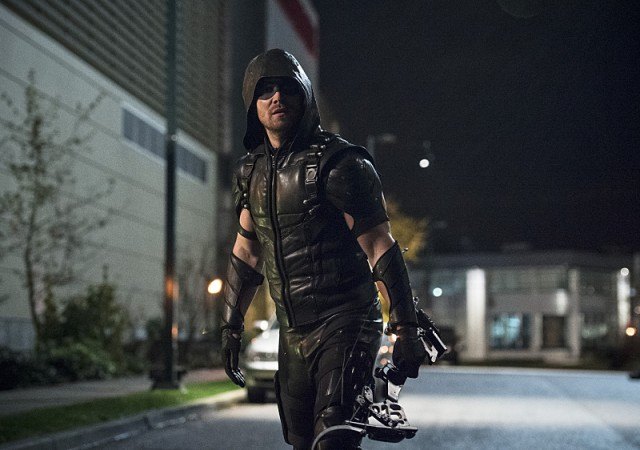 The first part of the crossover event also included a particularly startling revelation for Oliver (Stephen Arnell). In the episode, he discovered what Arrow fans have known since Season 2: He might have a son in Central City. He makes the realization while visiting Jitters, where he spots ex-girlfriend Samantha (Anna Hopkins) with a young boy who is just around the right age to potentially be his son (despite that Samantha had previously told Oliver she miscarried their baby).

This event will have major consequences in not only part two of the crossover, but in the rest of the show’s season — particularly in how it affects Oliver’s relationship with Felicity (Emily Bett Rickards).

One thing’s for sure: Oliver’s potential child on the show won’t be Connor Hawke, who is Oliver’s son in the comics and eventually becomes the second Green Arrow. “When we came up with the whole idea of it, we didn’t want to be tied into a character like Connor, and not be able to have him be a part of the show if we made him so young,” Kreisberg says. “To give us the leeway to still have Connor Hawke be a part of the universe, that was the biggest reason we made that decision.”

5. The end for Kendra and Cisco? 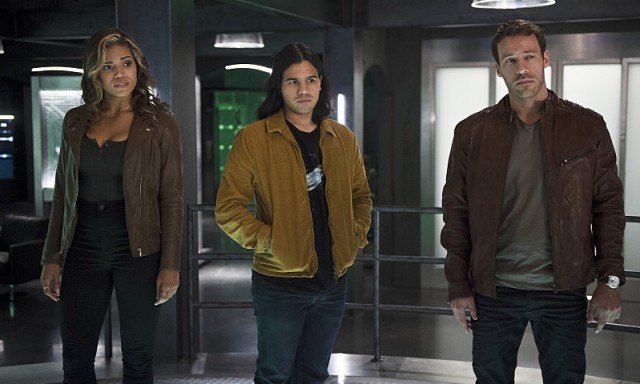 Poor Cisco. Just when he finds a girl he really likes in Kendra Saunders (Ciara Renée), things take a very, very complicated turn in this episode. In addition to finding out that she has wings and is actually Hawkgirl, Kendra was also introduced to Carter Hall, aka Hawkman (Falk Hentschel). He is the latest iteration of an Egyptian prince who is fated to reincarnate throughout time for centuries along with his soul mate, Kendra. Considering Kendra and Carter have (literally) thousands of years of history between them, it’s safe to say her relationship with Cisco won’t continue as smoothly as they might have hoped.

The relationships between Kendra and both guys will be further explored in future episodes and, more significantly, in Legends of Tomorrow. While Cisco may not be her starcrossed soulmate, it won’t be easy for Kendra to trust Carter either.

The second half of the crossover airs on Wednesday, December 2, at 8 p.m. ET on The CW, while Legend of Tomorrow is set to kick off in 2016.