‘The Flash’ and ‘Arrow’: 10 Things We Learned in the Midseason Premieres

Both The Flash and Arrow left fans on something of a cliffhanger after their respective midseason finales. For the former, Barry Allen got a glimpse into a future where Savitar kills Iris. The latter, supposedly brought Laurel Lance back from the dead, rolling straight to credits after mysteriously reappearing to greet Oliver in the Arrowcave. We now have all sorts of answers surrounding the ensuing questions brought on by those endings, coming to us courtesy of the two midseason premieres that recently aired. So with that, let’s dive right in.

1.  The future is not fixed 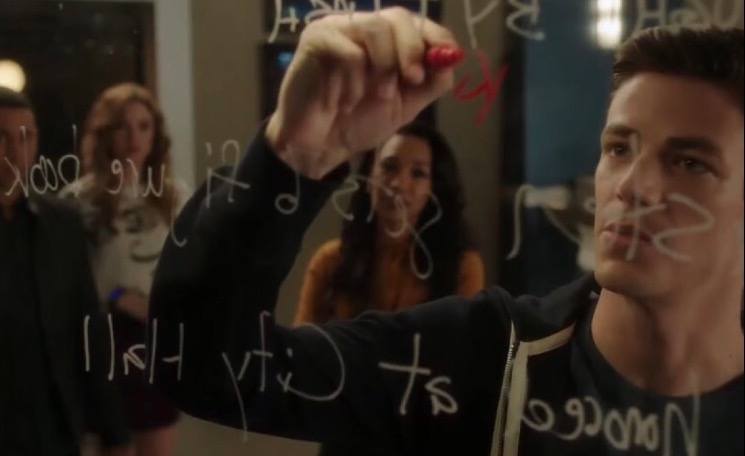 Barry Allen on The Flash | The CW

Many of the biggest problems that have cropped up for The Flash over the last season involve Barry Allen’s propensity for screwing with the timeline, whether it’s going back in time to save his mom, or running to the future to acquire foreknowledge. After seeing Iris die at the hands of Savitar at the end of the midseason finale, his main goal is to figure out a way to change that outcome. And while some could argue that the future is fixed, Team Flash has already managed to change small elements of the future, proving that Iris’ death is far from a guarantee. 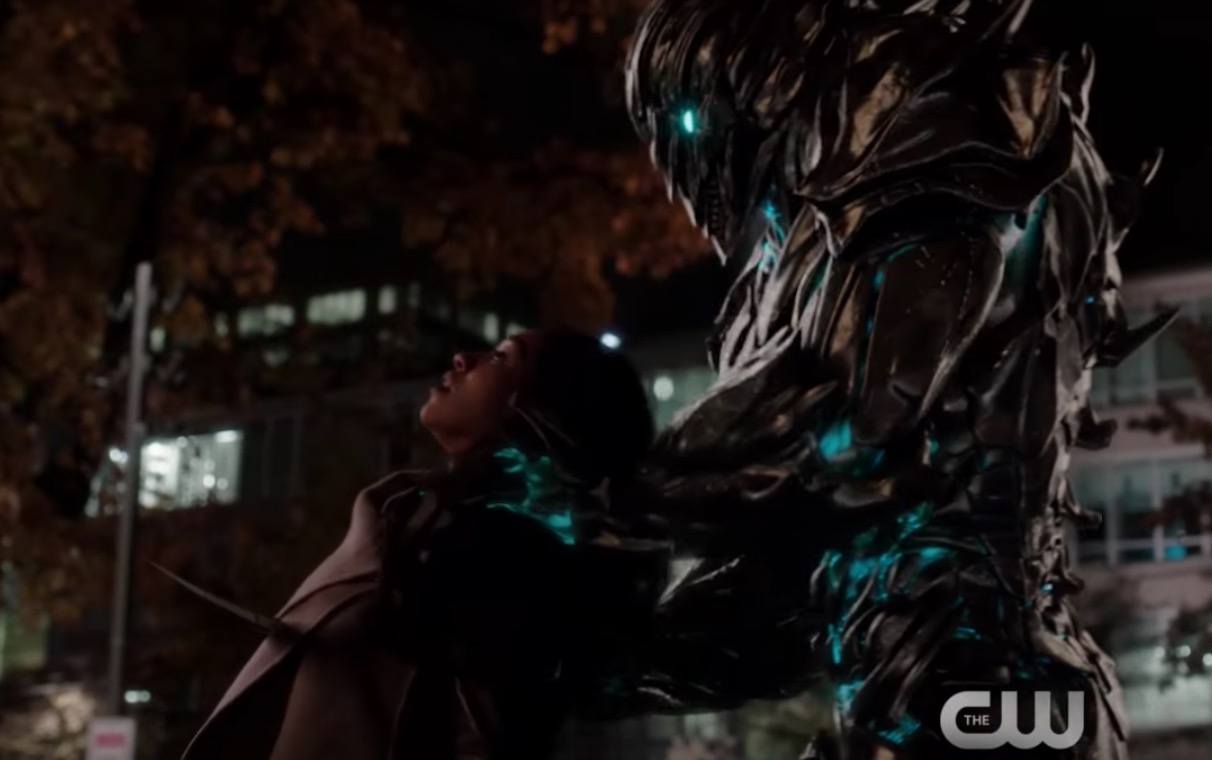 Savitar kills Iris West on The Flash | The CW

Even in the midst of Team Flash attempting to save Iris, things don’t look especially great for her. Barry’s now seen two separate outcomes of that fateful day, and both times, Iris has taken a spike through the chest from Savitar. Information pulled from a newscast happening at the same time though gives Barry a chance to try and prove that he can change the future. We also know that altering the timeline comes paired with serious consequences, which could spell disaster before it’s all said and done. 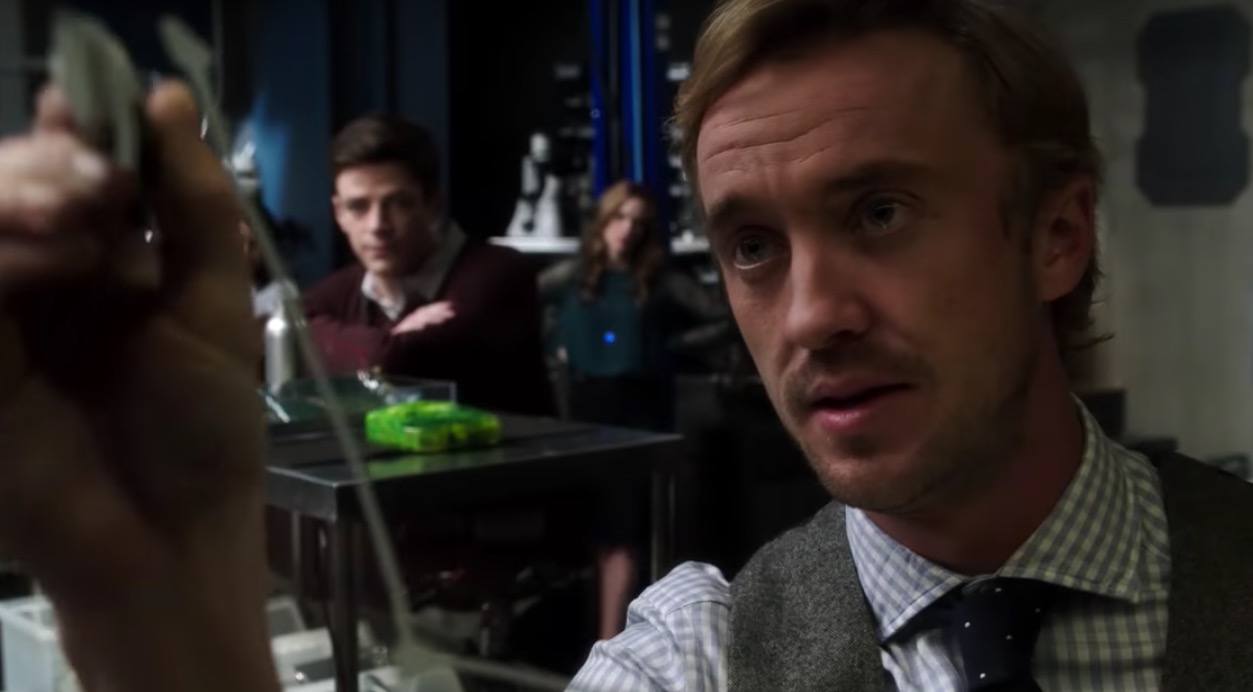 Tom Felton on The Flash | The CW

It’s been a tough road for Tom Felton’s character, Julian. Showing up as Barry’s office-mate courtesy of Flashpoint, he’s spent most of his time emphasizing his hatred of Barry, all while secretly being forced by Savitar to pose as Alchemy. Now recovered from his bout of mind control, the world’s foremost meta-human expert has officially joined Team Flash, partly to assist Caitlin with removing her own meta-human abilities.

4. Killer Frost is on her way back 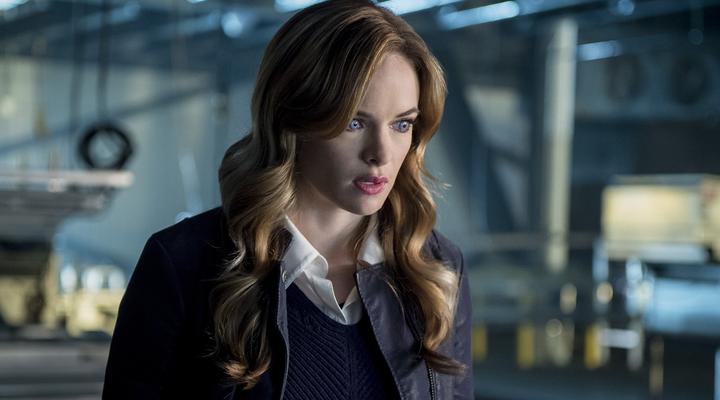 Killer Frost on The Flash | The CW

Ever since her superpowers first started manifesting as a result of Flashpoint, Caitlin Snow has done everything in her power to fight her transformation into Killer Frost. That battle appears to be moving in an unfortunate direction now though, with her suppression cuffs no longer proving sufficient. Couple that with the news headline from the future that read, “Killer Frost still at large,” and the future begins to look mighty cold for Caitlin.

5. A tease at the upcoming Supergirl/Flash musical crossover 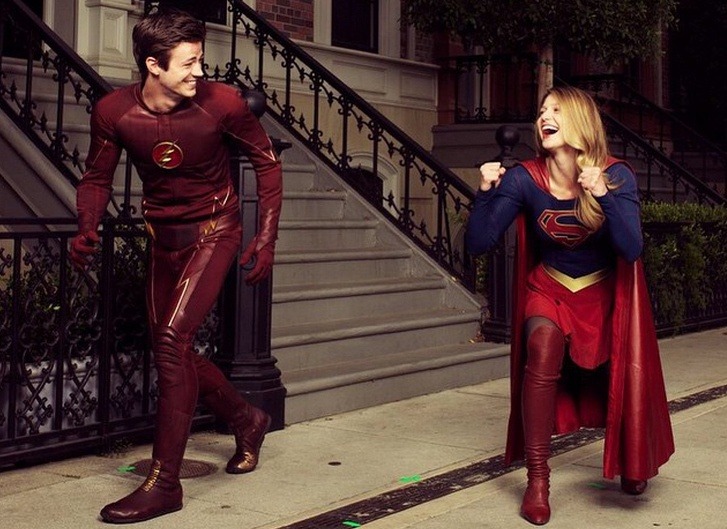 The Flash and Supergirl | Forbes

Come March, we’ll be getting a second mini-crossover in The CW superhero universe, bringing together Supergirl and The Flash for a two-part musical. Both Grant Gustin and Melissa Benoist are Glee alums too, giving the duo the perfect opportunity to showcase their considerable singing talents. A recent announcement from the network also revealed that fellow former Glee cast-member Darren Criss will star in the crossover as Music Meister, a villain with hypnotic musical superpowers.

The midseason premiere for The Flash quietly laid the groundwork for Criss’ grand entrance, including a small news headline in Barry’s future-vision about Music Meister landing a book deal. It’s unclear how exactly that’ll play into his upcoming role, but it’s exciting to already see the setup for the musical crossover coming this March.

6. Laurel Lance’s “resurrection” on Arrow isn’t at all what it seems 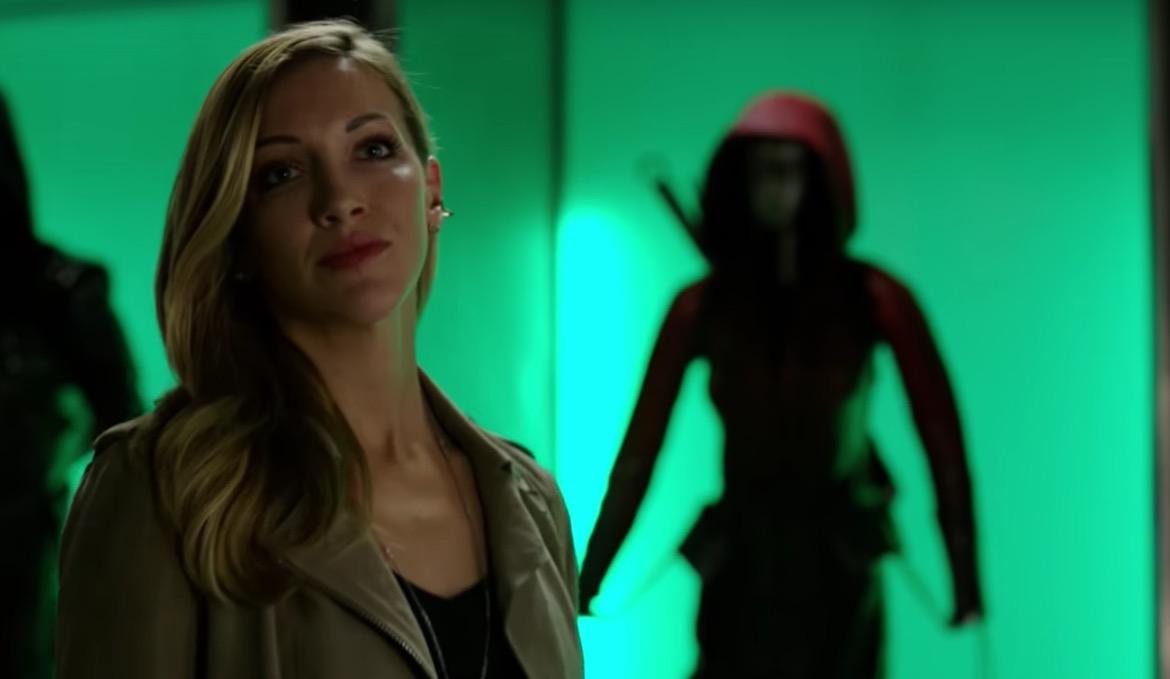 When Laurel Lance miraculously reappeared at the end of the midseason finale of Arrow, you could hear the collective eye-rolls from across the fandom. Arrow has become a show notorious for bringing long-deceased characters back from the dead. Suffice it to say, having Laurel back immediately removed much of the weight of her passing at the hands of Damien Darhk. Thankfully, her resurrection wasn’t quite what it appeared to be, with the midseason premiere revealing her to actually be Laurel’s evil Earth-2 doppelgänger, sent by Prometheus to infiltrate Team Arrow.

7. Diggle is back in prison 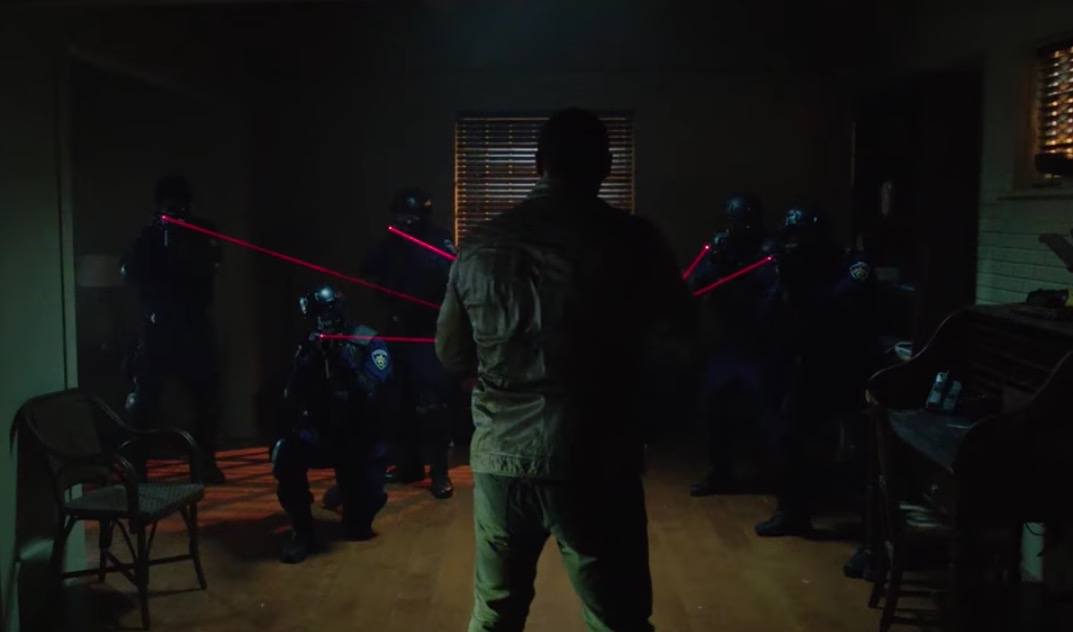 While Team Arrow has been otherwise occupied, John Diggle has been on the lam, after being framed as a terrorist by a corrupt military officer. That finally caught up with Diggle at the end of the midseason finale, and now Oliver’s closest friend is back in prison. This time around, Oliver has conscripted the city district attorney to take on John’s legal defense, which is fast proving difficult in the face of an enemy whose direct superior is the President of the United States himself.

8. A massive cover-up is on 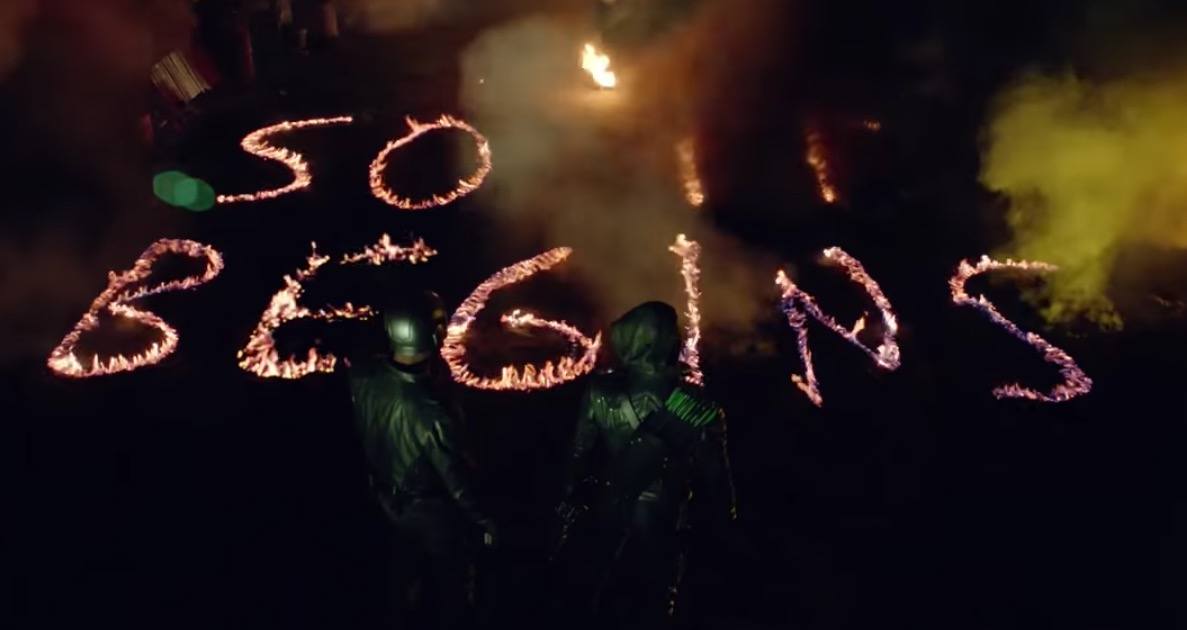 Secrets rarely stay hidden for long in the Arrow-verse, and Oliver Queen is sitting on a big one right now. As the Green Arrow, he was tricked into killing a Star City detective, forcefully disguised as Prometheus. If that news were to get out, you can bet that the city would turn on their vigilante in a heartbeat. For now, the city’s district attorney is doing what he can to keep a lid on it, but don’t be surprised if the secret gets out sometime down the road.

9. Prometheus is still at large 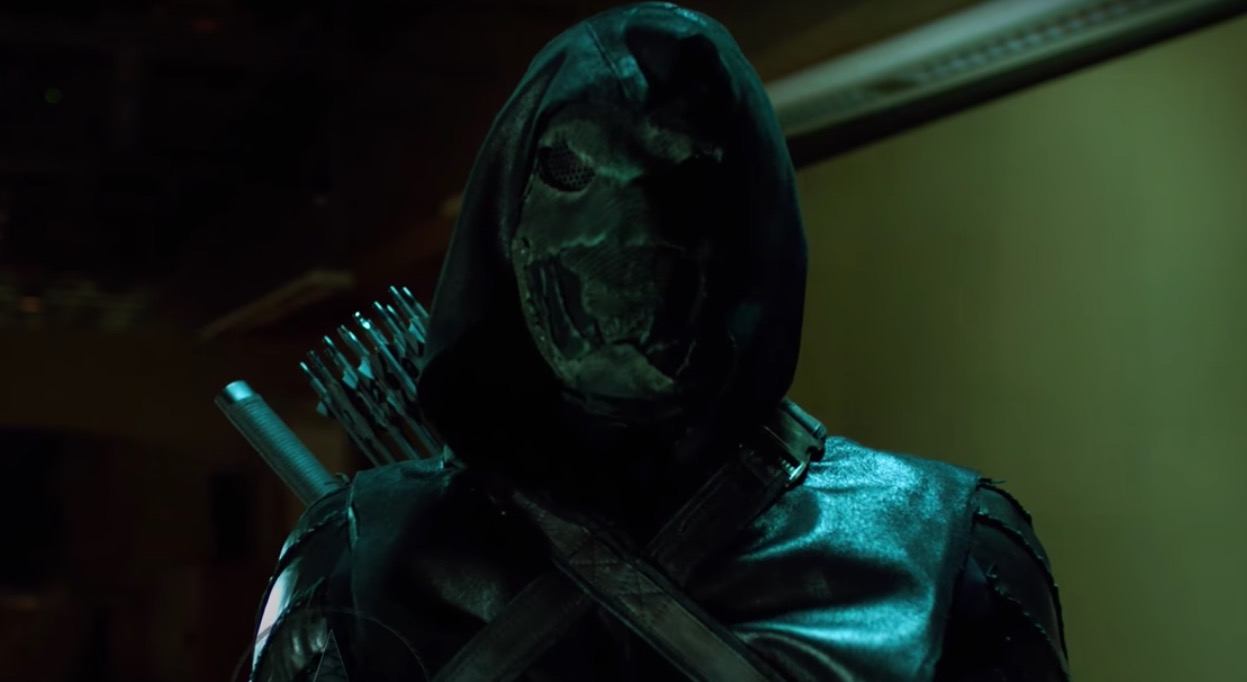 This season’s big bad was recently revealed to be the son of a man Oliver murdered during his more homicidal days in Season 1. Prometheus is a man on the warpath, seeking to dismantle our hero’s life piece-by-piece. The thing is, it’s tough to understand exactly what his plan is so far, past generally making himself a nuisance. The larger scheme will likely present itself as the season goes on. For the time being though, all we can do is wait. 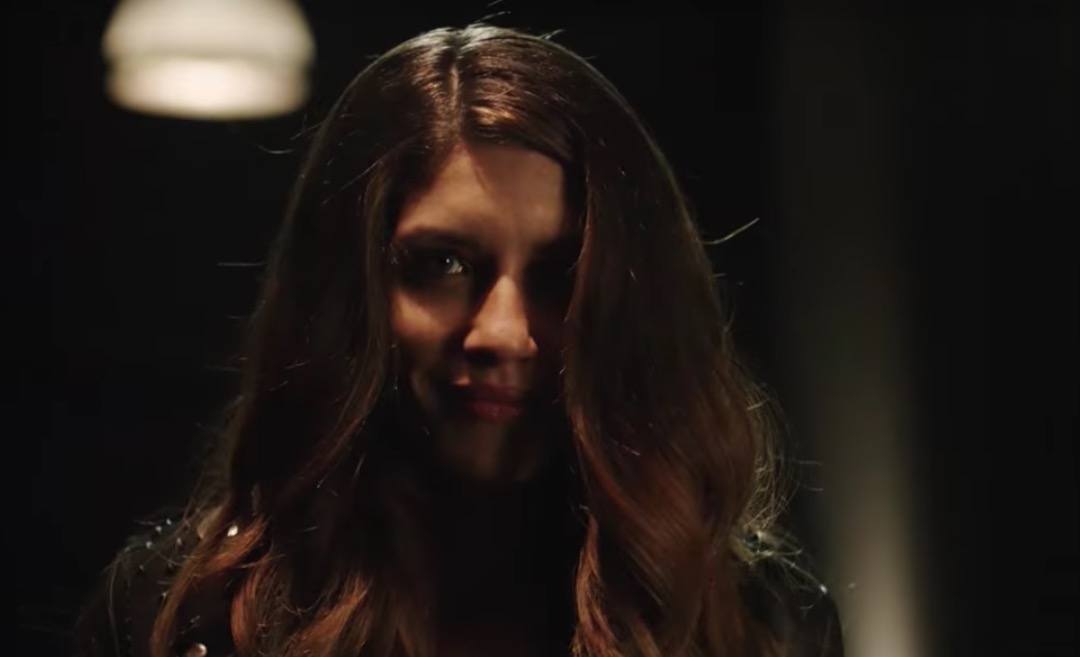 The new Black Canary | The CW

Team Arrow is currently on a search for a new Black Canary, and a candidate has already emerged. We don’t know her name, but given her sonic superpowers and relative ass-kicking abilities, she’d be the perfect addition. That said, recent trailers seem to indicate she’s not interested in the superhero life, so it may prove difficult getting her on board in the end.