‘The Flash’: Did We Just Get Our First Clue About Zoom’s Identity?

In less than two seasons, The Flash has turned itself into the most beloved superhero show on television, even surpassing its predecessor in Arrow. Its inaugural run was driven by the delightfully sinister performance from Tom Cavanaugh as the Reverse Flash. For Season 2 though, there’s been a suspicious lack of our main villain, Zoom (Tony Todd). We saw a brief showdown between Zoom and the Flash early on, followed by a short appearance in the final moments of the midseason finale, but for the most part, our big bad has played a background role.

On the surface, this seemed like a similar strategy as Season 1. Technically, we didn’t know that Tom Cavanaugh was our villain all along, with his appearances in the trademark yellow suit occurring only in small teases. As we later found out, the Reverse Flash was hiding in plain sight, making for one of the better reveals in all of TV in 2015. Could Season 2 pull the same trick on us once again? The identity of Zoom is still very much a secret, and the last episode of The Flash revealed our first real clues. That all being so, the answer may very well be a resounding “hell yes.”

The clues we’re referring to can be found in one of the quieter moments of “The Reverse-Flash Returns.” While Barry spends the A-story fighting off the returned Eobard Thawne, Caitlin and Jay mill about in the background as they search for a cure for his fatal sickness. That search leads the pair to Jay’s Earth-1 doppelganger, who up until now has remained unseen. As it turns out, he doesn’t share the same name as the Earth-2 Flash. Instead, he goes by a name many fans of the comics may recognize right away: Hunter Zolomon. 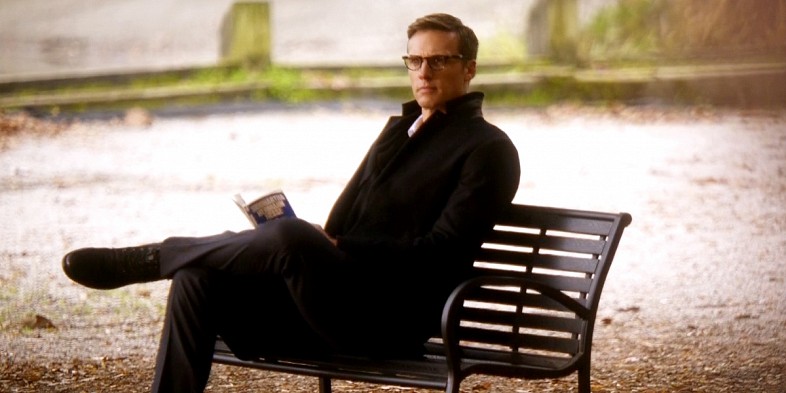 For those who aren’t familiar with the source material, Hunter Zolomon is the comic book alter ego of none other than Zoom, the very same villain terrorizing Team Flash this season. It’s a moment that’s introduced and then quickly given the backseat to the main story thread of the episode, but as we found out in Season 1, every scene on this show has a purpose. For a while, it seemed strange to have been asked to care about Jay Garrick’s condition while more pressing matters were at hand. The curtain is slowly lifting though, and now we know why: It may be the key to discovering the identity of Zoom himself.

This leaves us with two possibilities. One, that the Hunter Zolomon we saw posted up on a park bench is in fact Zoom. But knowing that the man we saw is a resident of Earth-1, that makes the second possibility more likely: That Jay Garrick is Earth-2’s own Hunter Zolomon and by extension, Zoom. Garrick was conspicuously absent during Barry’s last showdown with the demonic speedster, is a relative unknown to almost everyone on Team Flash, and follows the “villain hiding in plain sight” motif set up by Season 1.

It’s also possible that neither of these theories are true, but then that would beg another question: Why would The Flash reveal a character bearing the name of Zoom’s comic book alter ego for no reason? For many, that moment may have passed by as a simple emotional exchange between Caitlin and Jay. But by bringing Hunter Zolomon’s name into the mix, it suddenly became our biggest hint yet at Zoom’s true identity. Hopefully, it won’t be long before more puzzle pieces begin to fall into place.