‘The Flash’ Doubles Down on Earth-2 to Mixed Results 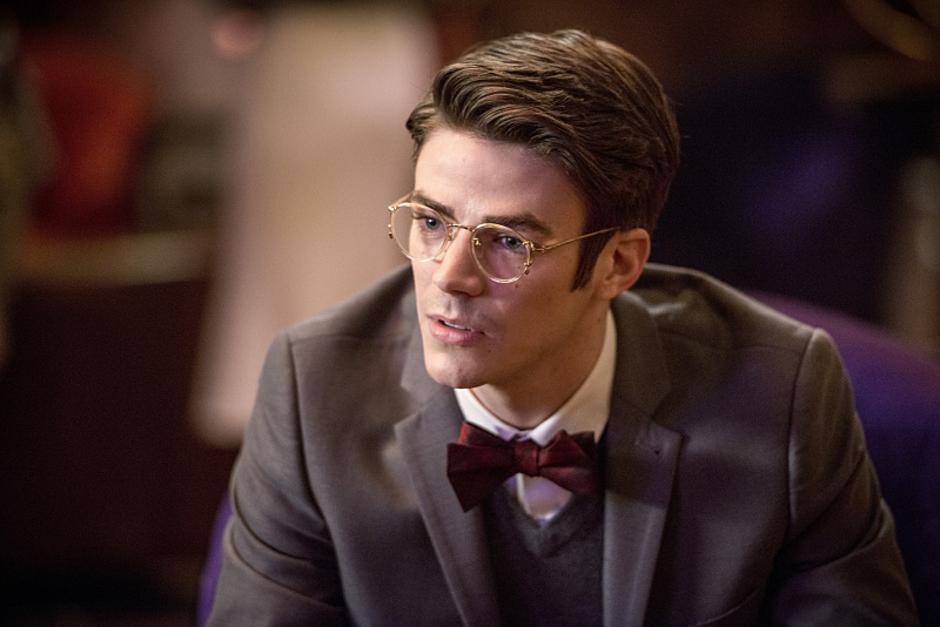 The Flash is a show that’s often reveled in the relative insanity of its source material. DC’s Flash comics include everything from time travel to alternate universes, and it’s something The CW hasn’t shied away from in the slightest. There’s no better case for the effectiveness of this approach than the show’s introduction of Earth-2, the alternate reality that Season 2’s main villain Zoom calls home. Up until now, we’d only seen small teases at Earth-2, painted as a retro-futuristic society pulled straight from the world of Sky Captain and the World of Tomorrow. The latest episode gave us the full experience though, gifting us with both the most exciting and frustrating moments of Season 2.

The story of the episode goes as follows: Barry, Harrison Wells, and Cisco journey to Earth-2 to save Wells’s daughter from Zoom, planning to close all the breaches between their two worlds forever once the deed is done. That plan quickly goes south, marked by the appearance of Caitlyn Snow’s evil doppelganger, Killer Frost, as well as her equally aptly named lover, Deathstorm (welcome back, Robbie Amell). Most importantly, it affords us an incredible look at a world of opposites: Joe is a lounge singer instead of cop, Iris is a cop instead of an incessant nag, and Cisco is a samurai-bun-wearing super villain called Reverb.

It’s not all rousing successes for “Welcome to Earth-2″ though. The episode wasn’t without its major flaws, the most prominent of which was found in our main hero’s constant failure to do virtually anything a logical-minded person would do. Before heading into the breach for Earth-2, we see Jay Garrick warn Barry against getting emotionally attached to anyone in the alternate reality. Naturally, it’s not two minutes before Barry does exactly what Jay warned him not to do, testing our own patience as an audience for ridiculous Earth-2 high jinks.

The problems with this episode are deeply rooted in a couple things. First, despite what everyone from Earth-2 tells him, Barry seems intent on playing house with his alternate reality “family,” instead of using the 48 hours allotted to him on Earth-2 to save Harrison Wells’s daughter (which incidentally was the sole reason he was there to begin with). Second, his stupidity incites some massively avoidable consequences: He gets Earth-2 Joe killed, Earth-2 Barry is unlawfully imprisoned so that Earth-1 Barry can assume his identity, and in the end, he gets himself beaten and captured by Zoom with a trail of other bodies left behind to boot.

That sums up the low points, so let’s move on to the highs. This episode marks the first major forward momentum the show’s seen since the Flash and Zoom last went head-to-head. Danielle Panabaker finally gets to play an active role as Killer Frost instead of being relegated solely to the weepy love interest role. Earth-2’s iteration of Iris represents the first time her character has been even remotely tolerable this Season. We were treated to a whole mess of exciting Easter Eggs, hinting at Supergirl’s eventual crossover (possibly on yet another alternate Earth), Jonah Hex (who we’ve previously seen teased at by Legends of Tomorrow), and the predecessor to Velocity 9, the infamous comic book serum known to grant its user super-speed (and unfortunately, also super-death).

All of this does wonders for slimming down what’s been a scattered collection of episodes for The Flash. Already this season, the show’s juggled a two-part Arrow crossover, the setup for Legends of Tomorrow, an assortment of “Metahuman of the Week” stories, the introduction of an alternate universe, the brief return of last season’s big bad, and of course the reign of terror from our main villain, Zoom. By shifting the focus back to the primary plot thread, we finally have a semblance of focus from an otherwise disorganized Season 2. With next week’s episode set to continue the momentum, it looks as though The Flash might finally be hitting its stride in its sophomore year.