Among all of The CW’s various superhero shows, The Flash has consistently set itself apart as the crown jewel of the network. Its combination of comic book elements and a fun-loving feel that never gets too somber made it into a runaway hit in its first season. Having just wrapped up Season 2, it faced a series of issues in its sophomore year. The decisions made by main characters depended heavily on convenience over logic, and in the end the story suffered for it.

Those issues aside, there are still plenty of reasons to hope for a resurgence in the third season, likely debuting this Fall. The Flash has a rich comic history that provides a metric ton of untapped material. It also holds the distinct honor of containing some of the crazier stories in the DC universe, something the CW series has never been shy about diving into headfirst. What exactly would it choose to use though? All clues seem to point toward a handful of possibilities. First and foremost… 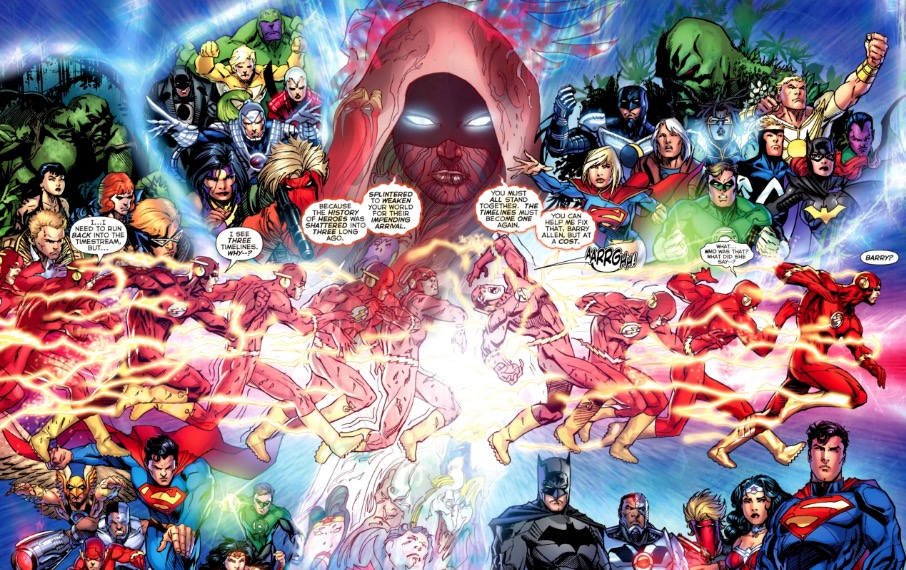 DC’s Flashpoint series is one of the crazier ones ever featured for the Scarlet Speedster. Spanning five issues, it begins with Barry waking up with no powers, finding that his mother is now alive, but his father is dead, having suffered from a heart attack years earlier. Additionally, Captain Cold has become the hero of Central City, and the Justice League is nonexistent. The catalyzing event for all this: Barry traveling back in time to save his mother from Reverse Flash. That’s exactly how Season 2 wrapped up, making a Flashpoint story entirely possible as the driving force behind Season 3.

[Update, 6/20/16:] As revealed by The Flash star Grant Gustin on his Twitter page, the Flashpoint story will indeed be featured in season 3. However, Gustin noted that the TV show version of the story will not just duplicate the comic book version. “We’re definitely doing this FP [Flashpoint]thing our own way.. I’ve read Flashpoint, I’ve seen the amazing animated film. This will be its own thing,” said Gustin via a tweet. 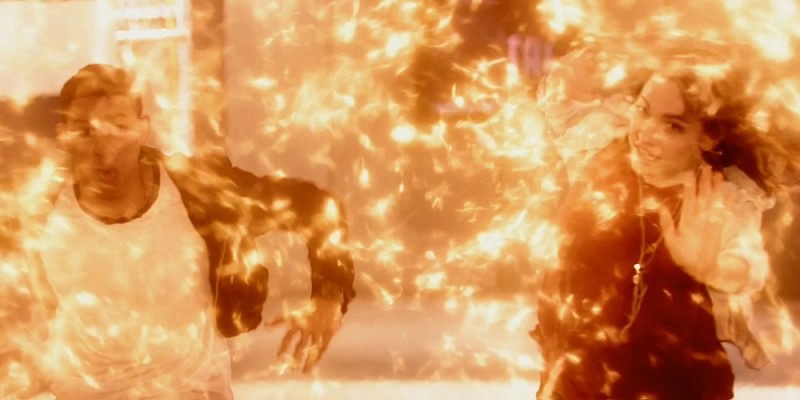 Wally West and Jesse Wells get hit by the particle accelerator | Source: The CW

In the comics, the DC universe is practically lousy with speedsters. In fact, Barry Allen is only one of a series of characters who assumed the mantle of the Flash. The most notable successor to Barry is Wally West, who just recently showed up on the CW Flash series. Ever since Wally showed up, it’s felt like only a matter of time before he too acquired super-speed. What we didn’t expect though was for him to be hit with a particle accelerator alongside Jesse Wells (pictured above). There’s a speedster in DC’s comics called Jesse Quick, making a Wally/Jesse team-up more than likely sometime down the road as they inevitably discover their powers.

The CW has given us our first look at Keiynan Lonsdale as Kid Flash via Twitter!

.@KeiynanLonsdale suits up as Kid Flash this fall on The CW! #TheFlashpic.twitter.com/S37B1XOsL2

[Update, 9/1/16: Recent set photos from the Season 3 premiere tell us we’ll be seeing Wally as Kid Flash as early as the opening episode] 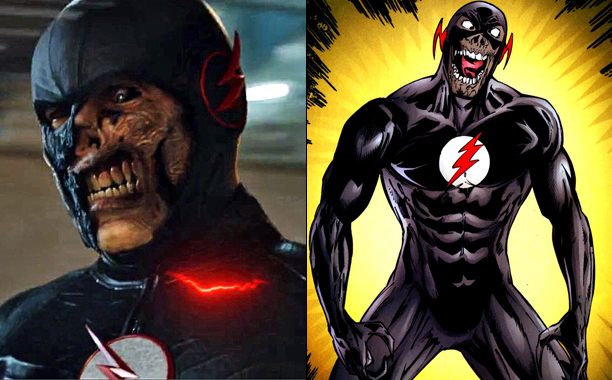 The vanquishing of Zoom at the hand of the Time Wraiths made up much of Season 2’s climactic moments in the finale. What happened to our villain though transformed him into a dead ringer for Black Flash. As Entertainment Weekly puts it, “Black Flash is basically a Grim Reaper for speedsters, sending them back to Speed Force upon their death.” It doesn’t seem like a coincidence that Zoom’s suit turns black while his face decays into the same skeletal visage of the comic book character. Knowing this, it seems likely that he could be blended with some variation on the Flashpoint story in Season 3, given the Time Wraiths and their propensity for not liking it when speedsters mess with the timeline. 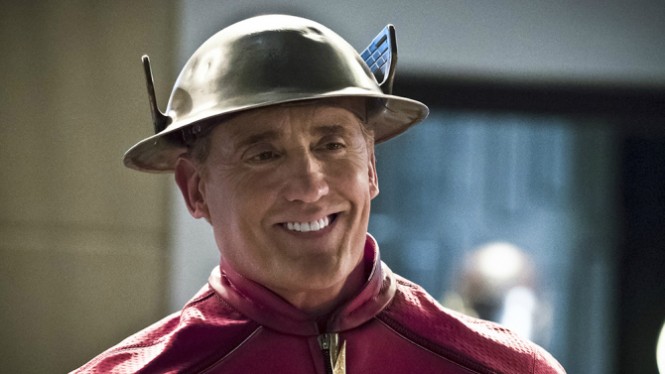 The last big reveal of Season 2 involved the unmasking of the real Jay Garrick, played by John Wesley Shipp. As the Earth-3 doppelganger to our Earth’s Henry Allen, he was held in captivity by Zoom for the better part of the season, until finally getting busted out by Team Flash. On his Earth, Garrick holds the mantle of the Flash, stolen by Hunter Zolomon for his own nefarious purposes.

This won’t be the last we see of Shipp as Garrick either. “Greg [Berlanti] told me that one reason they were so excited about having me morph into Jay Garrick is that there are so many more ways that they could use me,” he told TV Line, hinting at future appearances for his character. As we know, Henry Allen died at the hands of zoom, giving Shipp a brand new role to play (and an appropriate one at that, given his history as the original Flash).

5. The Return of Killer Frost 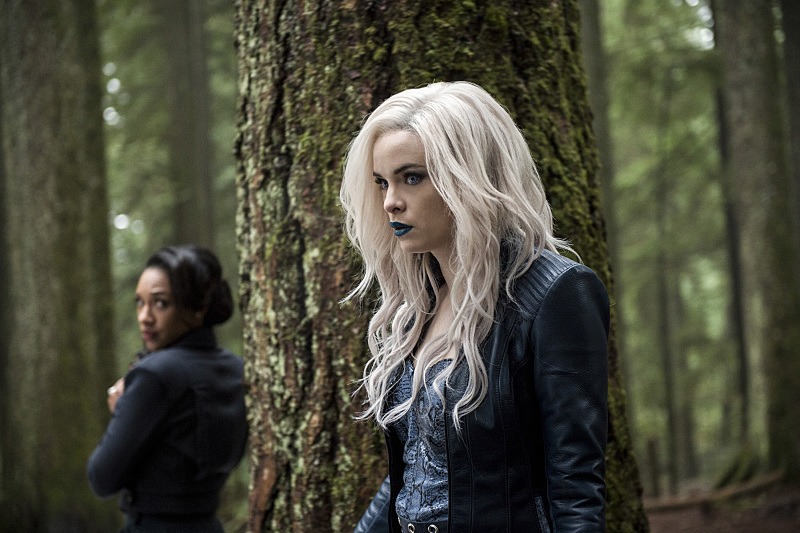 Thought to be dead at the hands of Zoom, recent news may bring Killer Frost back from the grave for Season 3 of The Flash. Internet sleuths were able to decode the title of the Season 3 episode directed by Kevin Smith as “Killer Frost,” hinting at her return to the popular CW series. What capacity that will be in is unclear, but Barry’s full-on reset of the timeline as part Flashpoint makes it so all manner of long-dead characters are able to return in full.