‘The Flash’: Everything We Know About Season 2

The Flash is going even bigger in season two. As the second season premiere on October 6 approaches, the stars and producers of the hit CW series have started dropping new hints about what fans can expect – including more details on the arrival of new bad guys, the introduction of more speedsters, and a new love interest for Barry Allen (played by Grant Gustin). Here’s everything we know about The Flash season two so far (warning: some season one spoilers ahead!):

Season two of the show kicks off about six months after the shocking events of the season one finale (highlighted above), with Barry and the rest of the team still dealing with the fallout. Barry will be in an especially dark place. “The Flash is getting a lot of acclaim and he’s being treated as a hero, but he doesn’t feel like one, because as we know, Eddie is the one who really stopped Wells,” Gustin said.

His struggle with this newfound fame will be a major theme of the upcoming season, as well as his lost sense of trust. “Everybody is learning that they have been taken on this ride, and they have been so duped. Barry is so trusting and puts his faith in people—and he wonders if he can get that back,” producer Andrew Kreisberg said during the panel. “That, more than anything, is what Wells took from him last year.”

2. Barry will meet his predecessor

Teddy Sears (Masters of Sex) has been cast as Jay Garrick in the upcoming season. In comic lore, Garrick is a resident of the alternate dimension Earth-Two and the first DC Comics character to take on the title of The Flash. His appearance was teased in the season one finale, when his winged helmet flew through a wormhole into S.T.A.R. Labs. “Having Jay Garrick come onto the show was one of our earliest ideas,” Kreisberg said in a statement. “It is so exciting, as we rush into Season 2, that we finally get to bring the Crimson Comet to life.

How exactly will he show up? Apparently, he will arrive in Central City to warn Barry and his S.T.A.R. Labs friends of an impending danger that he cannot stop alone. The show recently gave audiences their first look at Garrick’s arrival to town in the teaser above.

3. Zoom will be the new main bad guy 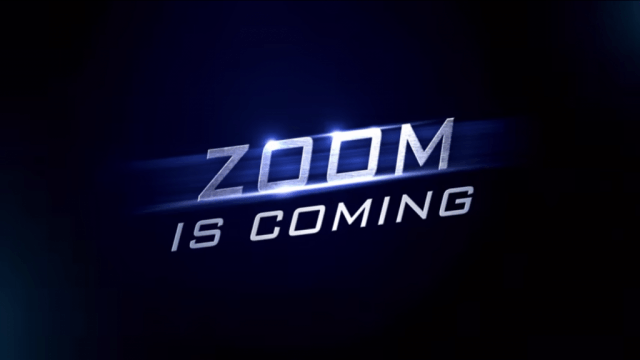 Zoom, the evil speedster first created by Flash executive producer Geoff Johns and artist Scott Kollins back in 2001, will be the Flash’s new foe in season two. The villain is faster than both Reverse-Flash and the Flash, meaning Barry will have his work cut out for him trying to catch up. 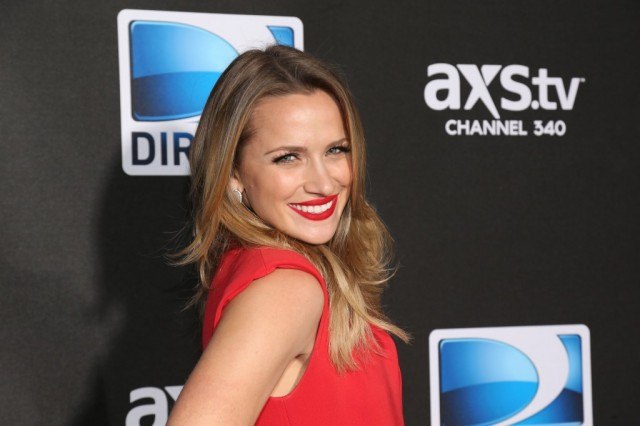 Barry’s love life is going to get even more complicated in season two, thanks to the arrival of Patty Spivot. The Messengers alum Shantel VanSanten has signed on to play Patty, a police officer and science enthusiast who partners with Detective Joe West. She is obsessed with metahumans, but has no idea that her new crush is the fastest man alive.

5. Kid Flash will show up 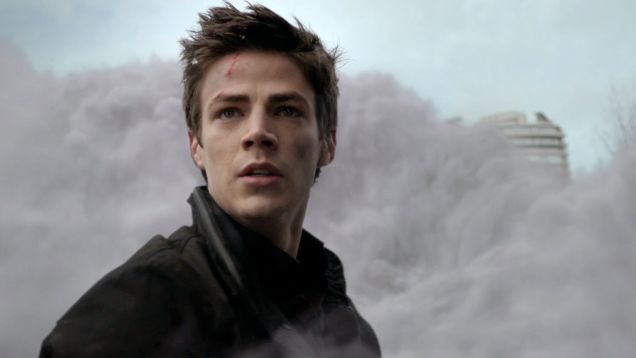 Wally West is also coming to the CW’s hit show in the upcoming season. West   is Iris’s nephew and was primarily known as Kid Flash in the comics, who eventually became the third Flash after Barry Allen was killed in Crisis on Infinite Earths. After DC revamped and relaunched many of their comics in 2011 (an effort known as the New 52), the character was given a new backstory. Australian actor Keiynan Lonsdale has been cast in the role.

6. A female speedster will arrive 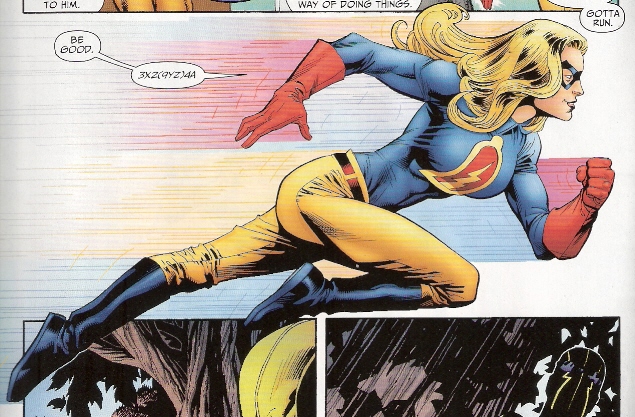 In season two, The Flash will add a female hero to its quickly expanding roster of speedsters. According to TVLine, newcomer Violett Beane has been tapped to join the second season as DC Comics accelerator Jesse Quick. Jesse is characterized as a brilliant but quirky college student who gets caught up in the battle between The Flash and his latest enemy, Zoom. We don’t know exactly how big of a role the character will play, but Beane’s version of Jesse will appear in multiple episodes of the upcoming season of the next CW series.

7. More meta-humans are on the loose 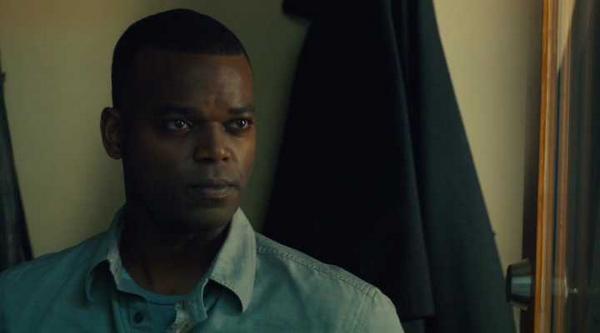 In season one, The Flash battled several threatening meta-humans and it looks like that won’t change next season.  The Unit alum Demore Barnes (seen above) has been cast in The Flash’s second season as Henry Hewitt, also known to comic fans as the villain Tokamak. According to ComicBook.com, Henry will be a charming but cocky scientist who was affected by the same particle accelerator explosion that created The Flash. When Caitlin Snow recruits him to join the S.T.A.R. Labs team, Henry begins to fulfill his destiny as a powerful meta-human.

8. Viewers will see a new side of Iris 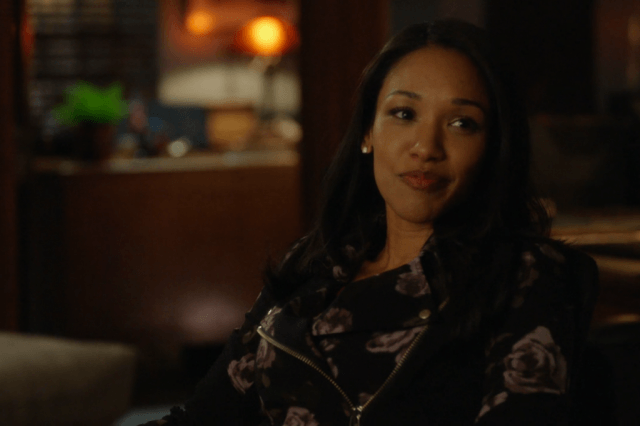 Where does Patty’s introduction leave Iris, Barry’s current best friend and love interest? Now that she finally knows Barry is the Flash, she’ll be busy finally acting as a more solid part of the S.T.A.R lab’s team. As Candice Patton, who plays Iris, promised, fans will see more of “Iris West, ace reporter” this time around. As she said, Iris will provide “the heart and earth” of the team while Cisco and Caitlin remain the technology and science.

She’ll also be dealing with some major family drama. In fact, viewers will finally get to meet her mom, played by Melrose Place”s Vanessa Williams. She has been absent from the series so far, but fans will finally get to learn more about her story in the coming season – although it’s unclear when exactly she’ll show up or if her scenes will take place in present time or flashbacks.

9. Caitlin may finally ice up as Killer Frost 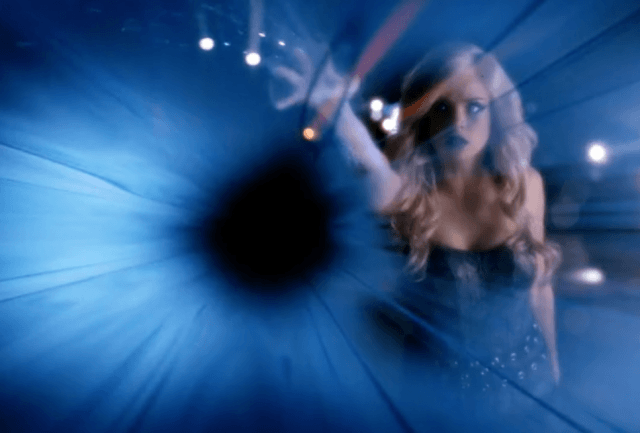 The season finale gave viewers an early glimpse at Caitlin (Danielle Panabaker) as Killer Frost. It’s unclear if she’ll actually be suiting up and joining the action in season two, but Panabaker says the sooner that happens, the better. “I’m wildly excited to play her. I would like for it to happen in season two, but I don’t know if it will,” she told ComicBook.com. “So stay tuned.”

10.  Cisco is confronting his superhero identity 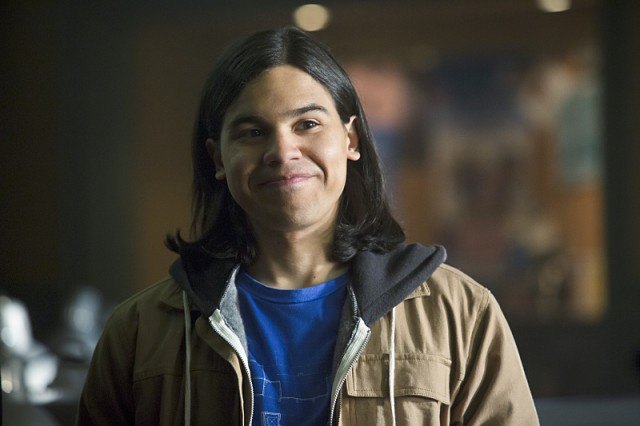 After his encounter with Eobard Thwane, aka the Reverse Flash, Cisco (played by Carlos Valdes) is dealing “with that change and what Thawne told him” about his own superhuman abilities. As fans know, Cisco will eventually become his alter ego, Vibe, who can find and track interdimensional breaches. 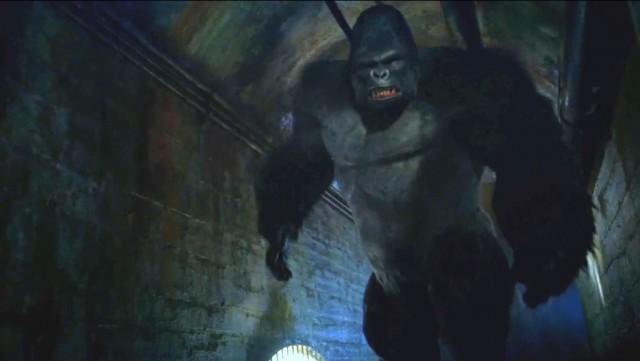 As Kreisberg confirmed, Grodd will definitely be back in season two. The gorilla became a fan favorite villain in the first season, after he gained the gift of super strength and telepathy, due to experiments at S.T.A.R. labs. He caused plenty of mayhem in the first season but also demonstrated a soft spot for Caitlin. It’s unclear what he’ll be up to when he comes back, but fans will be happy to see the gorilla’s return. 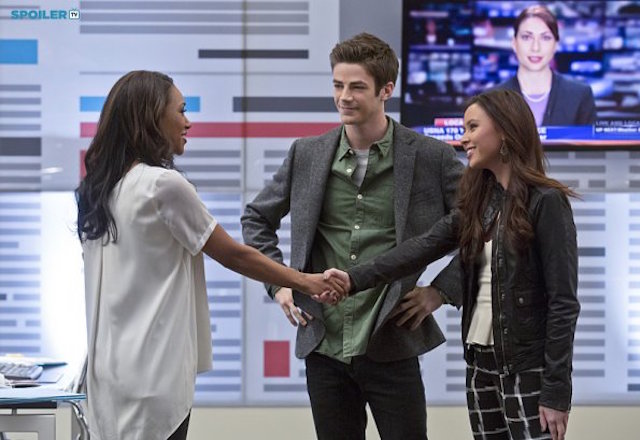 Per Entertainment Weekly, Malese Jow will reprise her role as Linda Parker in the next season of the series. In season one, Park appeared in multiple episodes as Iris’s friend and colleague at Central Picture News, who quickly becomes a love interest to Barry Allen. Their relationship fizzled by the end of the season, but she’s not done stirring up trouble yet. “Her past relationship with Barry will put both Iris and The Flash in unexpected danger,” executive producer Gabrielle Stanton told EW.

13. Harrison Wells will come back

That’s right, season one’s villain Harrison Wells (brilliantly played by Tom Cavanagh) isn’t gone for good. He will return in the show’s sophomore season, but he won’t be the character he once was. “Harrison Wells will be back, but he’s going to be a very different Harrison Wells than we’ve seen before,” Stanton told TV Line. As for how he’ll return, Stanton didn’t reveal specific details other than to say: “We’ve got other worlds. We’ve got other timelines. All I’m going to say is he’s from one of those places.”

The latest trailer for the show’s second season teased the arrival of a new member of Firestorm. In the freshman season, Firestorm was composed of the pairing of Ronnie Raymond (Robbie Arnell) and Martin Stein (Victor Garber). But only Garber’s Stein was included in the cast roster for the upcoming Arrow/The Flash spin-off, Legends of Tomorrow, leaving fans wondering what exactly happened to Ronnie. Now, it looks we have our answer. Jay Jackson, played by British actor Franz Drameh, is taking over as the new half of Firestorm. The character was previously teased as a  “mystery hero,” but can be seen in the trailer above wearing the telltale Firestorm Splicer. It’s unclear how exactly Jay will come in contact with the S.T.A.R Lab crew or how exactly he’ll replace Ronnie, so fans will have to tune in for more details.

The Flash returns to the CW for season two on Tuesday, October 6.