‘The Flash’: Which Character Is Returning as a Villain? 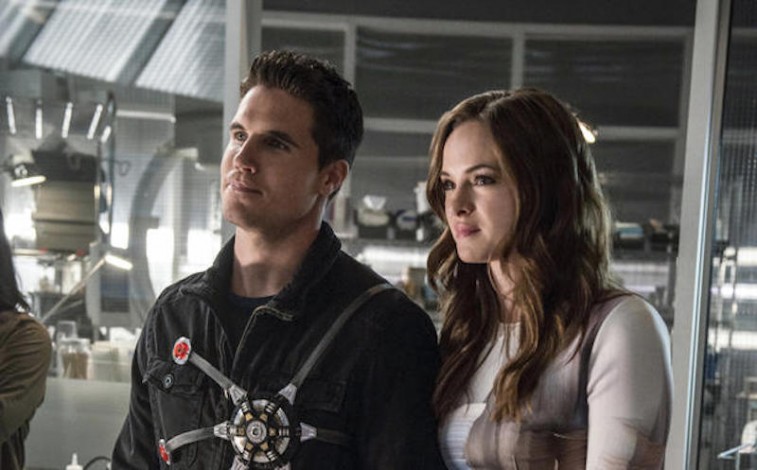 The Flash is bringing back a fan favorite character for the second half of Season 2. According to Entertainment Weekly, Robbie Amell is set to reprise his role as Ronnie Raymond in an upcoming episode — but he won’t be exactly as you remember him.

As fans know, Amell hasn’t appeared on the show since the Season 2 premiere. In that episode, Amell’s character Ronnie, who was formerly one half of the hero Firestorm, sacrificed himself in order to save Central City from being destroyed by the singularity. In subsequent episodes, Ronnie’s fiancée Caitlin (Danielle Patabaker) and the rest of the STAR Labs crew have all been seen grieving over his death. So how exactly is the show planning to bring him back?

Per EW, viewers shouldn’t expect to see a resurrection of the Ronnie that they already know. Instead, Amell will be playing the Earth-Two version of Ronnie, who — as we’re about to see play out on screen — chose a very different path in life and isn’t anything like the original character.

“We are beyond excited to have Robbie back on The Flash,” executive producer Andrew Kreisberg told the magazine. “You can’t keep a good Firestorm down. Only this time, he’s back with a twist, a deadly Earth-Two version of our beloved Ronnie in the form of Deathstorm.”

The twist is similar to the events of 2010’s Blackest Night event, in which a deceased Ronnie is resurrected as the villainous Deathstorm. He is also illustrated waging war on humankind as a member of the evil group, the Black Lantern Corps.

Amell himself took to social media to confirm the news, sharing a photo of the comic version of Deathstorm. “Guess the secrets out. See you soon. #deathstorm,” he captioned the snapshot.

But Amell’s character won’t the only one that will be embracing his bad side. Earth Two’s version of Caitlin is also making an appearance in an upcoming episode, and, as in the case of Ronnie, she’s very different than the Dr. Snow we’re familiar with. On Earth Two, Caitlin is actually the villain, Killer Frost, and is still dating Ronnie. Together, the two of them wreak havoc as one formidable, evil couple.

The debut of Killer Frost has been a long time coming, as The Flash‘s loyal fanbase knows. The show first began teasing the introduction of the character in the freshman season finale, when viewers caught a peek at Caitlin dressed as the villain. In past months, producers declined to reveal when we would officially get to meet the character, but it seems we are finally about to see more of Killer Frost.

It’s unclear exactly when the two Earth-Two characters will appear on the show, but it’s safe to say they’ll stir up plenty of trouble while they’re around. And they’re not the only ones that The Flash will likely have to face off against. In addition to providing a glimpse at Killer Frost, a recently released teaser from the show, (seen above) also previewed the return of the Reverse-Flash. With three major villains and counting on the way, it’s clear that Barry and the S.T.A.R. labs crew will have plenty on their plate.

Season two of The Flash returns to The CW on Tuesday, January 19, at 8 p.m. Eastern.