‘The Girl With the Dragon Tattoo’: Is the Sequel Getting a New Cast? 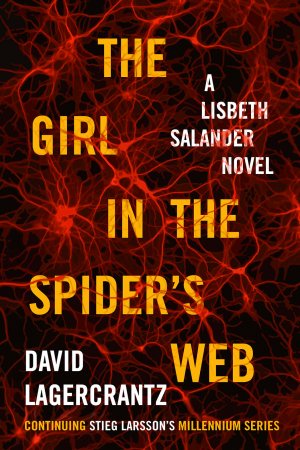 The Girl With the Dragon Tattoo is getting both a follow-up film and a whole new cast. Sony is reportedly working on a big-screen adaptation of The Girl in the Spider’s Web, the fourth novel in the Millenium series and the first Lisbeth Salander book not written by creator Stieg Larsson.

According to The Hollywood Reporter, the studio is in early talks with Oscar-nominated writer Steven Knight (Locke, Burnt) to adapt the novel, which was written by David Lagercrantz after Larsson’s death and became an international bestseller after it was published in September. Rooney Mara, who nabbed a best actress Oscar nomination for her leading turn in 2011’s Dragon Tattoo, will not return to the starring role and neither will co-star Daniel Craig or director David Fincher. Instead, the plan is for Spider’s Web to act as a hard reboot to the series, giving the franchise a fresh start with a brand new cast.

Originally, Sony was planning to bring Mara and Craig back for a direct sequel based on the second novel in the series, The Girl Who Played With Fire. But the project stalled after Dragon Tattoo was deemed too expensive for a hard-R film, despite making $233 million worldwide against a $90 million budget. Making matters more complicated? Craig, who was optioned for two more sequels, reportedly wanted a pay raise, making it impossible for the studio to make any follow-up film with him at a lower budget.

With that in mind, it seems Sony has decided the best move is just to start over. The Girl in the Spider’s Web will reportedly be made on a much more affordable scale. Like the book, the movie will follow superhacker Salander and investigative journalist Mikael Blomkvist as they find themselves at the center of a tangled web of spies, cybercriminals, and corrupt governments.

Per THR, Dragon Tattoo producer Scott Rudin will return to produce the project alongside Amy Pascal, who negotiated the rights in her exit package from the studio, and Elizabeth Cantillon (Concussion). Yellow Bird, the production company that first secured the rights to the Millennium books years ago and produced the original Swedish-language trilogy, will also produce.

Of course, there’s still one big question left to be answered: Who will take over the eponymous role? According to The Wrap, Sony Pictures is interested in having Alicia Vikander replace Mara in the developing reboot of the franchise. Vikander has seen a rapid rise in profile after her leading turn in this year’s Ex Machina, and she will also star in this month’s The Danish Girl and next year’s still-untitled Bourne sequel. Though the actress is now a favorite to lead The Girl in the Spider’s Web, no deal has been struck yet, so fans will have to stay tuned to see if she ends up nabbing the role.

Whoever ends up taking over the lead role should be prepared to star in more than one film. As THR reports, the Girl Who Played With Fire movie isn’t completely dead yet. After all, the studio has already invested a lot of money in the project, having paid mid-seven figures for Steven Zaillian’s screenplay (one of the most expensive adaptations to date). Whether or not it ever actually gets made likely depends on how Spider’s Web performs.

Fans will have to stay tuned to find out the new casting details. In the meantime, Lagercrantz recently announced he’s planning on writing two more books for series, with the fifth book scheduled to come out in 2017 and the sixth book following in 2019.