The television industry has never been more tumultuous. In fact, as networks began announcing their cancellations and renewals for fall 2018, fans, cast members, and the crew of the long-beloved Fox comedy Brooklyn Nine-Nine were horrified to find out that Fox had pulled the plug on the beloved series. No one saw it coming, and super fans and celebrities alike took to their social media accounts to express their disgust and outrage at Fox’s decision.

Just when it seemed that all hope was lost, not even two days after Brooklyn Nine-Nine was given their pink slip by Fox, NBC stepped in to save the day and renewed the series for a sixth season. It has been quite a ride. You’ll never believe what went down behind the scenes. 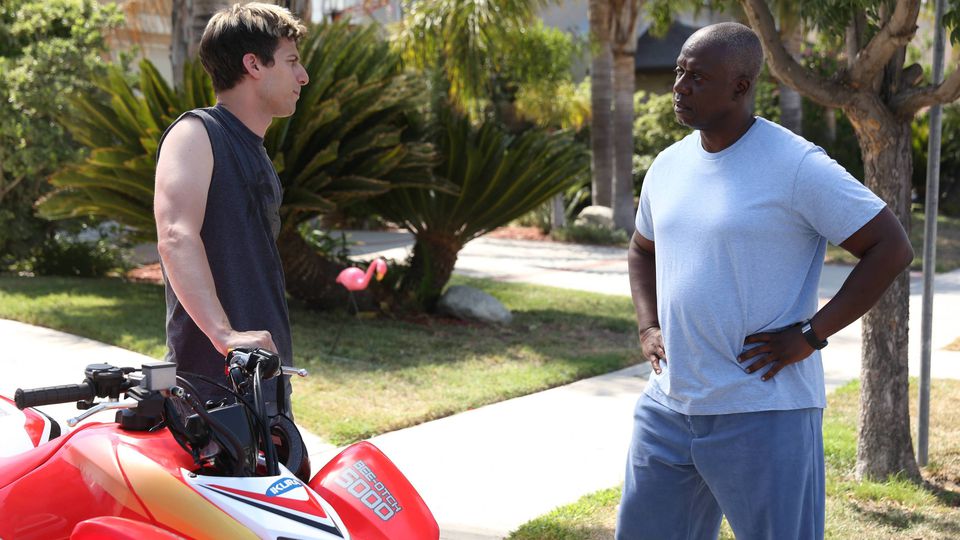 Terry Crews did not take the cancellation news well. | Fox

Like many of us, when he heard news about Brooklyn Nine-Nine getting the ax, Terry Crews, who plays Terry Jeffords on the series was just going about his day. The former NFL star was promoting his new film, Deadpool 2, and was gearing up to appear on an episode of Michael Strahan’s The 100,000 Pyramid game show. That’s when he got an email that made his heart stop.

Five minutes before I’m about to go on, I get an email from [Brooklyn Nine-Nine creator Dan Goor]. And I’m like, “We’re canceled?” It was surreal. I was like in a Spike Lee floating in the air shot. The world was over. But I did my job, I went and did the show. But it was like hearing that your favorite uncle is dead. There were tears, I’m not going to lie to you.

Next: Fox pulled the rug out from under everyone 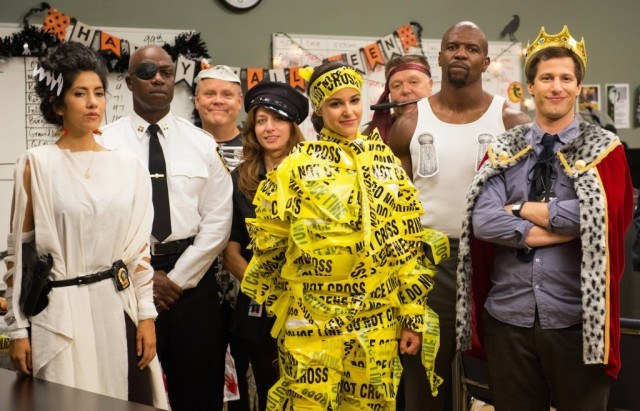 Crews calls the cancellation “the shock of the century” for everyone on the show. | Fox

Usually, the cast and crew members of television shows can tell when they might be on the chopping board. Most times, poor viewership or movement to an undesirable time-slot indicates that time is running out for a particular series. But, Brooklyn Nine-Nine had none of that.

Crews explained to Business Insider, “We had no clue we were going to be canceled. All expectations were that we were coming back for a sixth season just because we were doing so well. It was the shock of the century.”

Next: Fans demand an explanation Just about everyone was losing it when they found out the show was being canceled. | Brooklyn Nine-Nine via Instagram

As soon as the news broke that Fox was pulling the plug on Brooklyn Nine-Nine, the internet fell into actual shambles. Fans and everyone from Lin-Manuel Miranda to Seth Meyers began losing it on Twitter and calling for Hulu, Netflix, and Father Time himself to make it make sense.

One Twitter user kept it super real tweeting,”So @FOXTV cancels a show about any & every kind of diversity called #Brooklyn99 only to bring back ABC’s disregarded sewage about a misogynistic, xenophobic, intolerant orange Twitler worshipper. Not on my watch#RenewB99 ”

Next: Wishful thinking, but not reading too much into it

Rumors of a new home Actress Melissa Fumero also had plenty to say about the cancelation. | Brooklyn Nine-Nine via Instagram

Almost as soon as the cancellation was announced, rumors swirled about Brooklyn Nine-Nine finding a new home. Meanwhile, fans began campaigning for Hulu or Netflix to pick the series up. Actress Melissa Fumero ,who stars as Amy Santiago on the show, told Entertainment Weekly that it was truly a whirlwind.

She explained,“We heard the news, we were all really sad, and then Twitter exploded, and we were shocked by that, and just so… having all the feelings. When there were rumors began that the show might find a new home, we were just kind of like, “I don’t know if this is really going to happen,” and I didn’t think NBC — network to network — that’s, like, unheard of. And then it came in an email like this happened.”

Next: Making things happen in the background

What was really going down There was a lot more going on behind the scenes than any of us realized. | Brooklyn Nine-Nine via Instagram

While the rest of us were in actual anguish, Brooklyn Nine-Nine showrunner Kevin Reilly and the show’s producers were trying to get things moving behind the scenes. They reached out to Hulu, TBS, and NBC. According to Deadline, Hulu ultimately passed, and things were even looking touch and go at NBC for a bit.

It reportedly came down to a financial issue. Deadline reported,

[NBC] network’s business executives were crunching the numbers, figuring out whether a pickup of the expensive series — Fox was reportedly paying a license fee of $1.9 million an episode — would make financial sense. Brooklyn Nine-Nine is produced by NBC sibling Universal TV and makes money for the studio from streaming on Hulu and off-network syndication airings on TBS. In the end, NBC swooped in and rescued the series.

Next: A late night rescue

At the midnight hour When they found out the show was back on, everyone was ecstatic. | Brooklyn Nine-Nine via Instagram

Most of the cast and crew went to bed on the evening of the cancellation thinking that was it, and they would have to come to terms with the end of Brooklyn Nine-Nine. Crews explained to Business Insider that he was sleeping when his phone began blowing up at 3 in the morning.

He remembered, “It was the middle of the night, I woke up to my phone glowing, and I’m wondering what is going on. I got all these texts with everyone saying, “We’re picked up!” I jumped out of bed. I felt like I was one of Madonna’s kids. “I get to live in the mansion now; she picked me!”

Next:  This is when will Brooklyn Nine-Nine premiere on NBC? 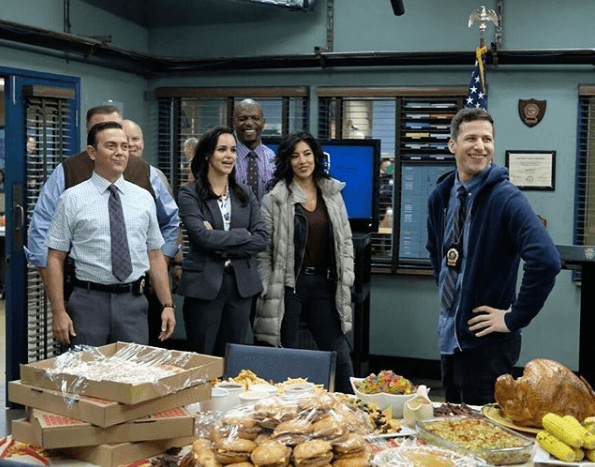 We’re all excited for the great return. | Brooklyn Nine-Nine via Instagram

So when can you expect your favorite detectives to return? NBC has announced that Brooklyn Nine-Nine will return midseason with a 13-episode sixth season.

We’re sure that the cast, crew, and writers will have something extra special in store when they say hello again.