‘The Leftovers’: Will Season 2’s Big Changes Help or Hurt the Show? 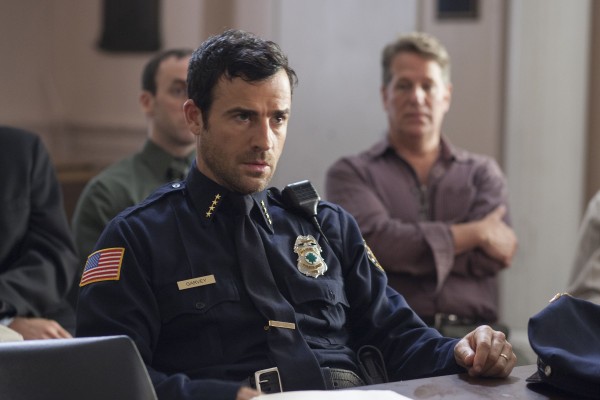 HBO’s The Leftovers is getting a major shakeup in its second season. The drama series, which premiered its first season earlier this year, is reportedly undergoing a creative reboot, with much of the cast reportedly departing the show.

The Leftovers, created by Damon Lindelof and Tom Perrotta, is based on Perrotta’s book, which follows the aftermath of a Rapture-type event that causes the sudden disappearance of 2% of the world’s population. The series, starring Justin Theroux and Amy Brenneman, debuted this past June and was renewed by the network just a few weeks later. The first season was only 10 episodes long, but managed to burn through much of the source material. Now, with planning for the second season underway, Lindelof and Perrotta have some serious creative decisions to make about where to take the storyline.

According to Deadline, the majority of the original 14-member cast won’t be returning in season two. So far, only the main leads — including Theroux as Chief of Police Kevin Garvey, Brenneman as Garvey’s wife Laurie, Margaret Qualley and Chris Zylka as Garvey’s children, and Christopher Eccleston as former reverend Matt Jamison— are confirmed to stay on full-time in the next season. Almost all of the actors in season one’s supporting cast (which featured Emily Meade, Amanda Warren, Michael Gaston, Max & Charlie Carver and Annie Q.) won’t be reprising their roles, with only a few exceptions. Liv Tyler and Ann Dowd are reportedly likely to continue, with other formerly featured characters potentially making appearances as guest stars.

The cast isn’t the only part of the show to undergo some major changes. Per Deadline, the HBO series will move its main setting from the fictional town of Mapleton, N.Y., to a brand new location. More specific details about the plot line or the new background have not been released, as all plans are reportedly still in flux.

It’s not an entirely surprising move. Both fans and critics alike pointed out that the first season of the show was basically a slow burn, eventually culminating in an explosive ending that, to many, seemed to bring a sense of conclusion to the series. But since — for better or for worse — a second season must go on, it only makes sense that the show creators would now try to extend the story by making some big changes.

Still, switching locations is an interesting method. Exploring the world beyond Mapleton allows for more plot opportunities and new cast members (which may be why so much of the old cast is no longer involved), but doesn’t require quite as dramatic a change as true anthologies like American Horror Story make between seasons. While the lead actors will continue to act as a middle point, it remains to be seen which of the major elements of the Mapleton story — like the large community of Guilty Remnant — will also make their way into the forthcoming season. Viewers will have to stay tuned to see if these new changes end up helping or hurting the already hugely divisive series. Either way, it seems that season two is destined to spur just as big reactions as the first.

The Leftovers will return for season two in 2015.