The Lord of the Rings prequel in the form of a TV series is highly anticipated, to say the least. Despite the fact that we’re likely years away from its premiere, the show is expected to be majorly successful in more ways than one. While people are already making comparisons of the show to its likely competitors (Game Of Thrones, namely), there will be no competition in sight when it comes to the budget.

The Lord of the Rings prequel has already beat every other TV show with its price tag. Here’s everything we know about the cost of the series, how it’s marking a new era, and casting speculations that are already forming.

Amazon bought the rights to the TV series

Will this new series be well-received? | Giphy

The Lord of the Rings TV series was on the hunt for a big-name streaming service to team up with “the estate of J.R.R. Tolkien, publisher HarperCollins, and New Line Cinema,” according to The Hollywood Reporter. Though producers approached Amazon, Netflix, and HBO, not everyone expressed interest. According to Deadline, HBO turned down the show due to its “insane” costs, so it was between Amazon and Netflix to offer up some major cash to take on the series.

The show may be more expensive than Amazon is accustomed to, but they decided it was a good investment. They bought the rights, knowing it’s expected to be a frontrunner. After all, they can already expect fans of Peter Jackson’s Lord of the Rings and The Hobbit film trilogies to come along for the ride.

We are hoping to see some Game of Thrones-esque battle scenes in the series. | Giphy

The Lord of the Rings TV series is clearly expected to be just as popular as Game Of Thrones, if not more so, based on the amount of money being shelled out. Every episode of Game Of Thrones requires intricate design and script writing, and as a result, a pricey budget. “Blackwater,” one of Game Of Thrones’ most epic battle episodes, cost $8 million to come to life.

According to Uproxx, “Every episode in [Game Of Thrones’] eighth and final will cost a reported $15 million,” adding up to $90 million for the six-episode season.

Taking that budget into consideration, we dare you not to gasp at the $130 million budget for The Crown’s very first season. The Daily Beast deemed the Netflix series “the biggest-budget TV series of all time.” Well, The Crown can kiss that title goodbye thanks to The Lord of the Rings.

This will surely get Lord of the Rings fans excited. | Giphy

According to The Hollywood Reporter, “Amazon’s megadeal for The Lord of the Rings is believed to be for five seasons — plus a potential spinoff — with insiders putting the price tag for global rights at around $250 million.” Yes, $250 million, just for the upfront budget of the show — not taking into account any of the numerous costs that will come into play once production begins.

Sharon Tal Yguado, Amazon’s head of scripted series, justified the pricey purchase: “This is a unique opportunity to tell new stories in a magical world that is a global phenomenon. As we build our diverse portfolio of programming, we are making some of our big bets on tentpole series.”

Will the expensive show satisfy fans of the movies? | New Line Cinema

When you do take into account what the additional costs will be, such as “production budgets, casting, writers, producers, and visual effects,” that $250 million seems like spare change.

The Hollywood Reporter claims that “the total for the Rings series — which will be set in Middle-earth and explore storylines preceding The Fellowship of the Ring — could hit $1 billion. Yes, $1 billion for a TV show.” 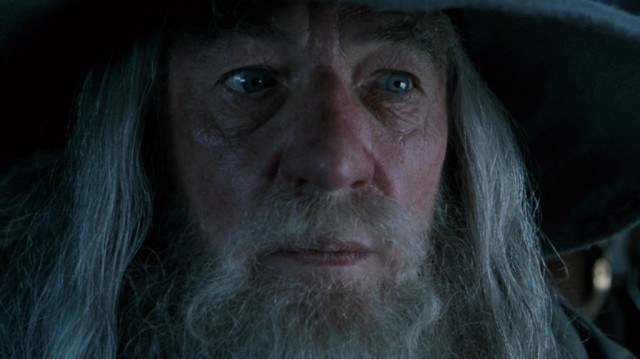 Amazon is shelling out a lot of money for rights to the books. | New Line Cinema

While this is certainly Amazon’s most expensive purchase of a TV series, it isn’t the first time they’ve made major financial commitments to their shows. Over the last few years, they’ve spent $80 million on Woody Allen’s Crisis in Six Scenes six-episode TV show, over $70 million on eight episodes of Matt Wiener’s The Romanoffs, and committed $160 million to two seasons of David O. Russell’s untitled drama series, as reported by Deadline.

The acquisition marks a new era

The studio is taking quite a leap with this expensive and highly anticipated project. | New Line Cinema

Amazon Studios has certainly proven they are doing just fine without their former head of the company, Roy Price. He resigned in October 2017 following sexual misconduct allegations, in the wake of allegations against Harvey Weinstein.

The Lord of the Rings purchase marks the first programming announcement since his resignation, so they are clearly moving onward and upward from the scandal. 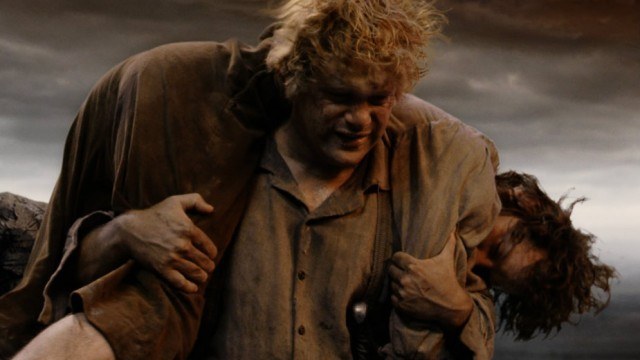 Fans are already wondering about casting for the show. | New Line Cinema

Even though casting isn’t even close to happening, fans are speculating whether any of their favorite actors from the Lord of the Rings film trilogy will make an appearance. Sean Astin, who stars as Frodo Baggins’ best friend, Samwise Gamgee, actually addressed whether or not he’d be up for a reprise.

“I’m carrying the Samwise banner for the Peter Jackson version of Lord of the Rings,” Astin told Entertainment Weekly Radio. “When I saw the Amazon thing, that didn’t even occur to me. I just sort of thought, ‘What would it be like to see the next Sam there?’ I think it’s an intriguing idea [but] the devil’s in the details. How would they do it? How? Who?”