The Most Hated ‘Star Wars’ Characters

Star Wars is a franchise absolutely lousy with characters, big and small. A byproduct of this density is a whole mess of people worthy of our open disdain. It’s difficult to quantify just who tops the list of “most hated” among all the Star Wars characters. Enter FiveThirtyEight, a blog run by statistics guru Nate Silver. The site did a detailed analysis of the entire franchise, asking 800-plus respondents a slew of questions.

Included in the poll: “Who shot first?” (39% say Han), a statistical ranking of the best movies in the series (Empire Strikes Back by a landslide), and a breakdown of “Character Favorability.” To no one’s shock, the characters that rated the strongest were Luke, Han Solo, Leia, Obi-Wan, and Yoda.

In terms of “unfavorability” though, we got a mix of “no duh” types of entries with a few huge surprises. The five most unfavorable Star Wars characters according to FiveThirtyEight occupy our top spots on this list. For numbers six through 10, we included some of our own choices. Enjoy! 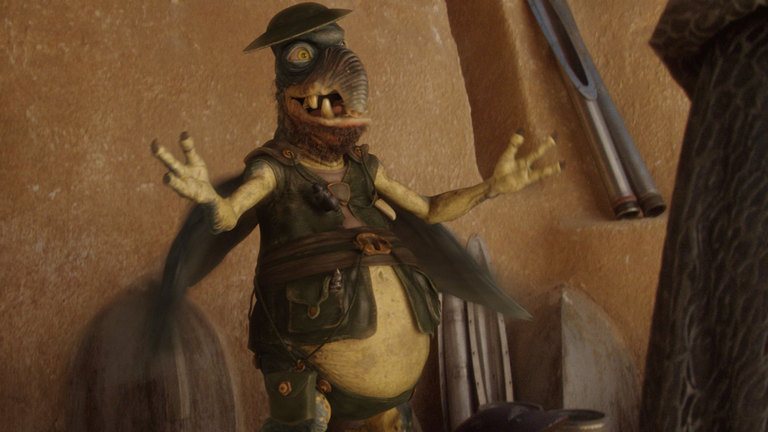 Oof. Where to begin with Watto? The Toydarian junkyard dealer was nothing short of a racial caricature, and what’s more, is that he’s not even close to the only one in the prequel trilogy. That alone earns him a spot on our list, and that’s without even figuring in the fact that he’s a ruthless slave owner. 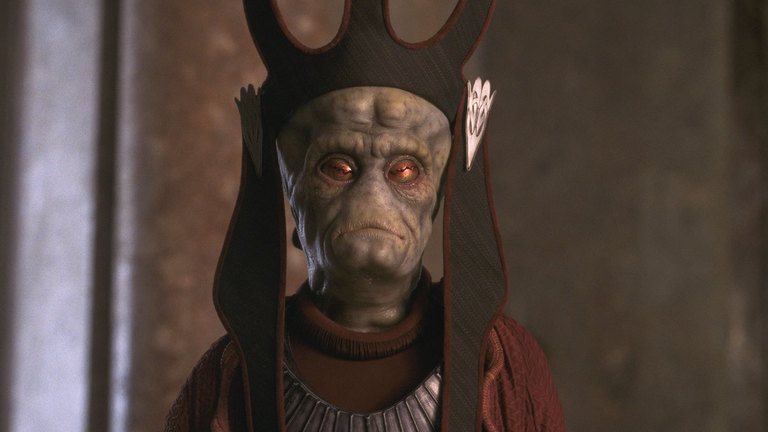 Speaking of blatant racial stereotypes, here we have Nute Gunray, the leader of the Trade Federation whose 1940s-era cartoon accent steps well past the line of “blatantly offensive.” Gunray is a villain that mercifully found himself relegated to the background later on in the trilogy, but there’s no erasing the sins of The Phantom Menace. 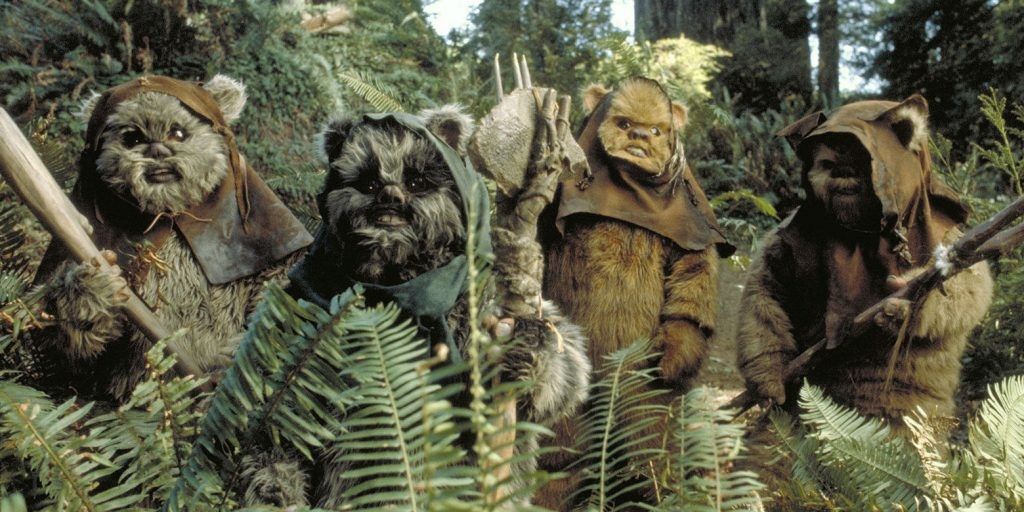 Ewoks in Star Wars: Return of the Jedi | Lucasfilm

These cuddly little human-eating monsters are widely recognized as the biggest misstep in the original trilogy. While it would make sense that the Empire would displace primitive native populations galaxy-wide, the fact that a race of 3-foot-tall teddy bears with sticks managed to beat back an elite squad of Imperial soldiers defies even the logic of a universe where space-wizards can make things move with their minds. 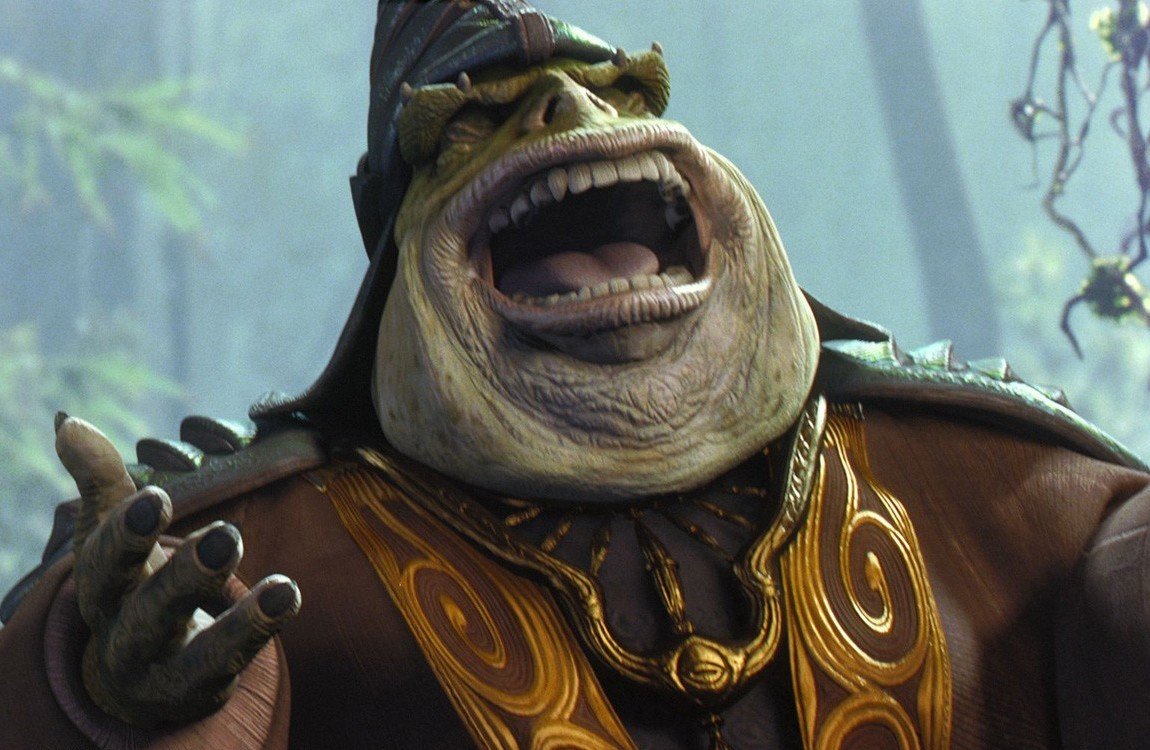 There’s more than one Gungan worthy of our hate in the Star Wars saga. Part of why everyone loves this franchise is because of its massive crossover, but when it comes to Boss Nass, we have a character whose target audience is under the age of two. Then you start to consider that he numbers himself among a cadre of other racially insensitive The Phantom Menace characters, and it’s not hard to see why he’s on our list.

Our hatred of Kylo Ren isn’t rooted so much in him being a bad character, as much as it is a permanent grudge against him for killing off his own father, Han Solo. When he’s not murdering universally beloved Star Wars characters, he can be seen throwing a tempter tantrum because the Starkiller Base barista messed up his caramel macchiato. 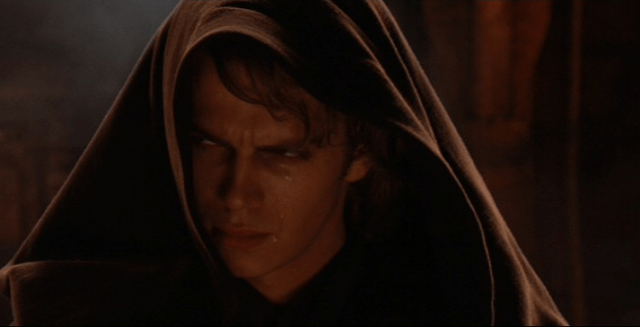 Here we kick things off for FiveThirtyEight’s list of unfavorable characters. With a 15% unfavorable rating from FiveThirtyEight, Anakin’s presence here resides firmly in the “no duh” category mentioned above. The three iterations we saw across the prequel trilogy: annoying 10-year-old (The Phantom Menace), creepy stalker Jedi Padawan (Attack of the Clones), and whiney man-child (Revenge of the Sith). None of those gave us many reasons to enjoy his character, and it makes him a deserving member of the “most hated” club in the Star Wars universe.

This one comes as more of a shock, given Boba Fett’s massive popularity in the toy market over the last few decades. One rare action figure featuring the mysterious bounty hunter even sold for upwards of $27,000 at auction, so clearly there are some people out there who are fans. Perhaps it was his unceremonious death in Return of the Jedi, or the fact that he had all of four lines in the original trilogy, but whatever it was, the numbers don’t lie: He’s not as universally beloved as some of us believe. He was given a 17% unfavorable rating from those polled by FiveThirtyEight.

Emperor Palpatine’s placing of third on this list — with a 24% unfavorable rating from FiveThirtyEight — is likely rooted in a hatred for him as a person, rather than doubting his presence in the greater universe. While Anakin is generally disliked for being someone we’d like to see less of on-screen, the Emperor has gifted us with some of the more delightfully evil moments in the entire franchise. As the embodiment of evil who single-handedly orchestrated the destruction of the Jedi Order, it makes sense that fans wouldn’t like him. That doesn’t mean they don’t want him in Star Wars at all, speaking more to his role as the primary villain throughout all six films.

It speaks volumes when a character shows up twice on this list, first as Anakin at No. 6, and a second time as Darth Vader at No. 2. Vader’s presence atop the list, though, is more akin to that of the Emperor’s as a villain that terrorizes our heroes for the better part of the original trilogy. His imposing presence is minimized in Return of the Jedi, but that doesn’t take away from the fact that he’s one of cinema’s more iconic villains of all time. Even so, adhering to the dark side of the Force is a one-way ticket to “unfavorable” when it comes to fans. Vader was given a 30% unfavorable rating from FiveThirtyEight.

Bold Reddit theories aside, there’s no doubting the fact that Jar Jar Binks deserves his position at the top of this list. His borderline racially insensitive manner of speaking, combined with his awkwardly executed comedic relief in The Phantom Menace are enough to doom him to obscurity. But when you consider that he was also the one responsible for bestowing soon-to-be-Emperor Palpatine with “emergency powers” in the Senate, it’s not hard to make the argument for Jar Jar as the most hated character in the whole Star Wars universe. FiveThirtyEight’s poll gave the character a 37% unfavorable rating.