The Most Hated TV Cast Changes of All Time

Cast changes are to be expected in just about any show. Actors leave while other actors join, and this is typically not such a big deal. But sometimes, cast changes can actually come close to ruining a show.

This sometimes occurs when a show loses one of its main characters, and fans feel like there’s no real point in watching after that. It can also occur when a show shakes things up by introducing a new character, but fans universally hate them.

Here’s a look at some of those horrible TV cast changes that fans really hated.

Although The West Wing was always an ensemble show, if there was a main character, it was arguably Rob Lowe’s Sam Seaborn; he gets the very first scene of the series, after all.

But unfortunately, Lowe left the show during the fourth season. His absence was filled by a new character, Will Bailey.

Reactions to Will are somewhat mixed. But a lot of fans really hate him and feel that the show went downhill after Sam (and, soon after, Aaron Sorkin) left. Joshua Malina’s Twitter bio even reads, “Hi. I ruined The West Wing.”

Next: This show fired a cast member, only to rehire her a year later.

14. Star Trek: The Next Generation

Star Trek : The Next Generation | CBS

Gates McFadden played Doctor Beverly Crusher during the first season of Star Trek: The Next Generation. But she did not return for the second, with Diana Muldaur replacing her.

Fans were not happy with McFadden’s departure, and they were vocal enough in their complaints that she was brought back for Season 3 and stayed for the rest of the show.

Producer Rick Bergman later said that McFadden was fired because the show’s head writer, Maurice Hurley, had a “bone to pick” with her. But when Hurley left the show, McFadden was re-hired.

Next: This sitcom replaced one of the main characters with a different actress.

13. The Fresh Prince of Bel-Air 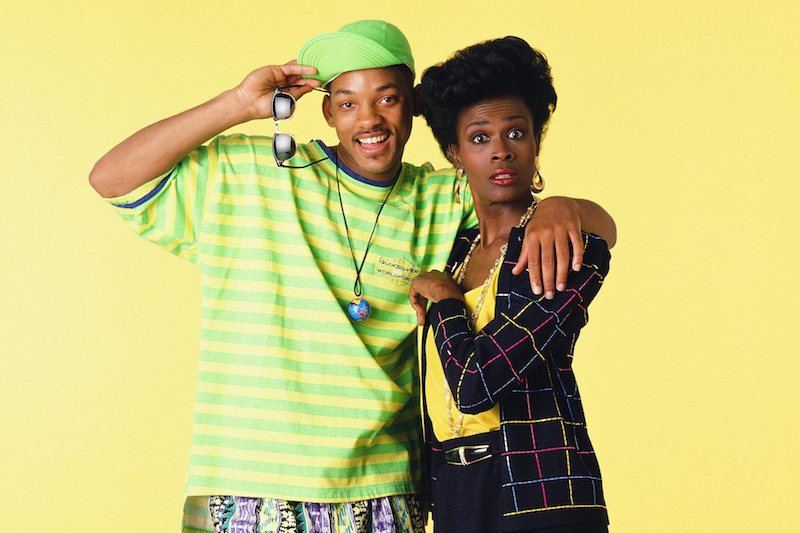 It’s not that common for a show to replace one of the main characters with a completely different actor, but it does happen. Case in point: Aunt Viv on The Fresh Prince of Bel-Air.

After three seasons, Janet Hubert was fired and replaced with a new actor, Daphne Maxwell Reid. While the show carried on for three movies seasons without Hubert, many felt the new Aunt Viv was a far cry from the original, and the character became much less compelling and more of a generic sitcom wife.

Next: The circumstances surrounding this actor leaving the show were pretty unfortunate. 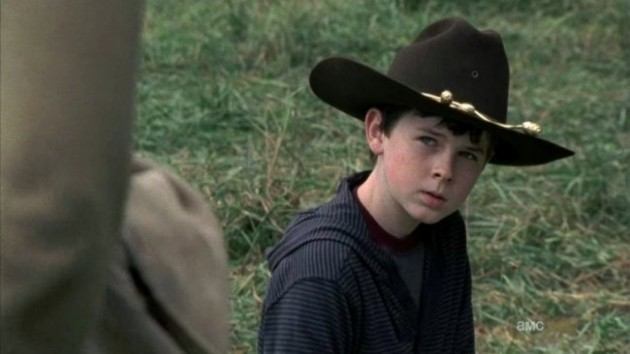 When Chandler Riggs’ character Carl was killed off during The Walking Dead‘s eighth season, fans were outraged.

Sure, the show had become well known for killing off characters left and right. But there were some behind-the-scenes factors to consider here, including the fact that the showrunners had told Riggs he would stay on for another three years, which made the actor feel okay buying a house.

“Watching Gimple fire my son 2 weeks before his 18th birthday after telling him they wanted him for the next 3 years was disappointing,” Riggs’ father wrote on Facebook.

Next: This show suddenly introduced a character that everyone hated.

During the seventh season of Married…with Children, a new character gets added to the cast almost out of nowhere: Seven, Peg Bundy’s cousin who comes to stay with her.

Reception to this character was absolutely disastrous, and many fans considered this to be a shark-jumping moment. The show quickly course-corrected by writing Seven out of the series, though, and it would later make fun of the character in a meta way.

Next: This show lost one of its two lead characters.

It’s laughable to think of even trying to make The X-Files without either Mulder of Scully. But that’s exactly what happened after the show’s seventh season.

David Duchovny stopped appearing in the show regularly after that due to a contract dispute, and so his character, Mulder, was abducted by aliens. He did appear on the show irregularly, but mostly a new character, John Doggett, took over for him.

The dynamic between Doggett and Scully just wasn’t nearly as compelling, and most fans consider these episodes to be the show’s lowest point. 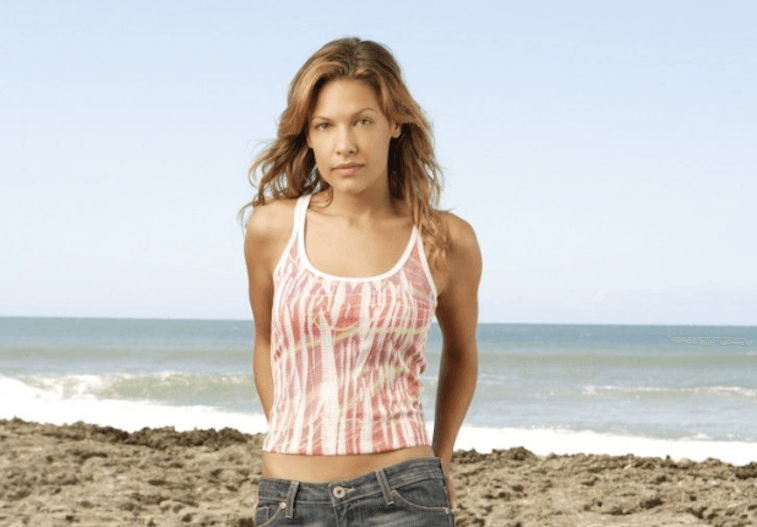 Lost was one of those shows that kept adding cast members throughout its run, and most of those additions were positive ones; the characters of Ben, Desmond, and Juliet, for example, didn’t board the show until later.

Not every addition was a positive one, though. In Season 3, the show introduced Nikki and Paulo; the idea was that two characters who had previously only existed in the background would take center stage and join the main cast.

But viewers hated them, in part because they felt so obviously shoehorned into the show and in part because they were just annoying characters. The writers quickly realized their mistake and killed off Nikki and Paulo in the most brutal way possible by burying them alive.

Next: This show also introduced a character that fans couldn’t stand.

Buffy the Vampire Slayer | The CW

Dawn Summers joined the cast of Buffy the Vampire Slayer during the fifth season, showing up as Buffy’s sister suddenly as if she was always there.

Instantly, viewers began to complain that Dawn was whiny and annoying, although these complaints lessened over time. Still, Dawn Summers to this day is often regarded as one of the most annoying TV characters ever.

Next: This show lost most of its main cast during its final season. 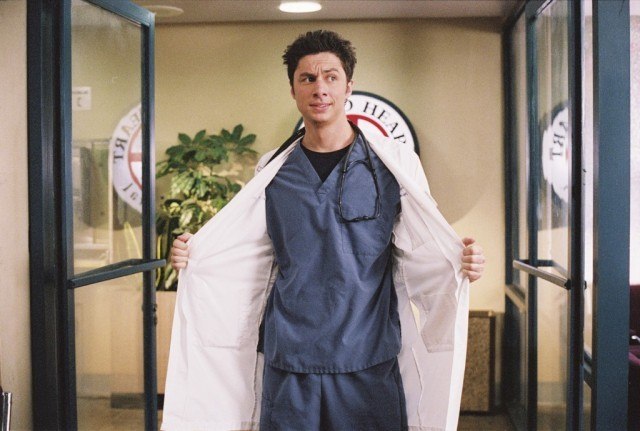 With Scrubs, the series really wrapped up at the end of the eighth season. But then it continued for a ninth season on ABC.

However, this reboot was sort of a half reboot half continuation, with some cast members staying on but with others leaving, and with the series introducing a bunch of new ones. Fans just weren’t into it, and Scrubs would not end up getting a 10th season.

Now, most Scrubs fans would say that if you’re watching the show for the first time, you should just stop at the end of Season 8.

Next: This show killed off one of the main characters near the end of its run.

Although Charlie Sheen was really the center of Two and a Half Men for almost its entire run, CBS fired him at the end of the eighth season due to Sheen’s real-life bad behavior. A new character played by Ashton Kutcher was introduced.

The show continued for several seasons after that, but fans generally felt like it went severely downhill without Sheen. The show also did not treat the death of one of its main characters with any degree of seriousness, killing him off off screen, only to have him return in the series finale and have a piano dropped on him.

Next: This comedy also lost several stars in the final season.

Another example of a sitcom losing its main character near the very end of its run is That ’70s Show. At the end of the seventh season, Topher Grace, who played Eric Forman, left. And so did Ashton Kutcher, who played Michael Kelso.

In order to replace him, a new character named Randy Pearson came on board, but fans almost universally hated him, and many would now recommend newcomers don’t even watch the last season.

Next: Fans were outraged when this actress was fired.

In one of the most baffling decisions in recent TV history, at the end of Kevin Can Wait‘s first season, the showrunners decided to fire Erinn Hayes, who played Kevin’s wife Donna on the show, replacing her with a new character played by Leah Remini; she had played Kevin James’ wife on his last sitcom, The King of Queens.

The result was that the second season of what’s supposed to be a light comedy opens with Kevin’s wife having died. Viewers absolutely hated this, both because the writers tossed Donna aside so quickly and treated her death like a joke, and because Erinn Hayes lost her job for no fault of her own.

Ultimately, CBS canceled Kevin Can Wait at the end of the second season, later admitting that killing off Donna may have been a bad move.

Next: This actor was replaced several seasons into the show.

In one of the most famous examples in history of an actor being replaced during a show, on Bewitched, a new actor randomly started playing Darrin five seasons into the show.

That’s because Dick York suffered a back injury that made it impossible to continue working on the show. So for Season 6, a new actor, Dick Sargent was brought in. There was no explanation about why Darrin suddenly looked completely different.

Viewers generally felt that the new Darrin was not nearly as good as the old one, although Bewitched still managed to last another three seasons with Sargent.

Next: This show never recovered from losing its lead character. 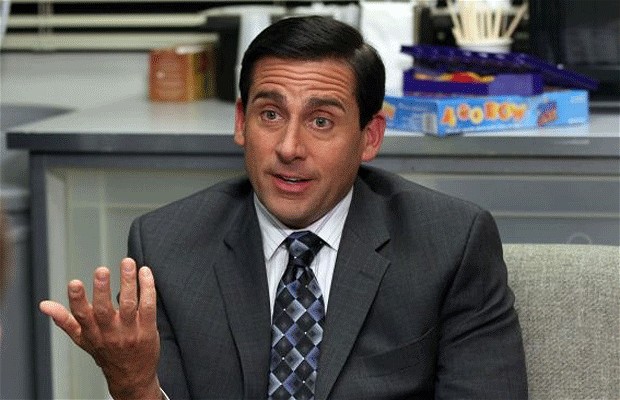 Steve Carell played Michael Scott on The Office for seven seasons, and although the show had a great cast, Michael was inarguably the main character.

When he left, the show really went downhill fast, especially as it tried to force Andy Bernard into the Michael Scott role. To this day, many fans of The Office will recommend just skipping right from Michael’s last episode to the series finale, as nothing in between is really worth watching.

Next: This is the most infamous example of a show randomly introducing a new character. 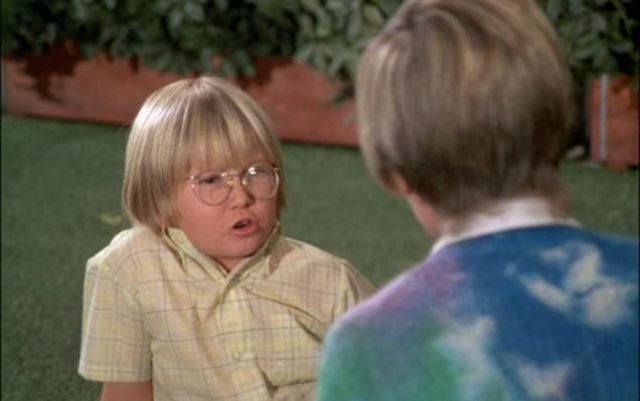 During the fifth season of The Brady Bunch, the show’s producers decided they wanted to introduce a new character to liven things up.

The result was Cousin Oliver, who came to live with the Bradys. Part of the purpose of his character was to give the show a cute kid, as the characters who had started off as kids were growing up.

But almost everyone hated Oliver and find him to be more annoying than cute. To this day, the term “Cousin Oliver Syndrome” refers to any example of a show that randomly adds a cute kid to the cast, usually to poor results.