The Most Hilarious Things Ryan Reynolds Has Ever Said About Fatherhood

Ryan Reynolds is an actor, a producer, and hands down one of the funniest celebrities on Twitter. If you follow him then you know all about his cutting-edge humor on a number of topics including fatherhood. If you don’t follow him then one glance at his feed will show you his hilarious tweets about his daughters and some very unique parenting tips from the Deadpool star himself.

Here, we’ve compiled a list of Reynolds’ best tweets about being a dad. So, if you’re looking for some laughs click through the list to see his funniest tweets. 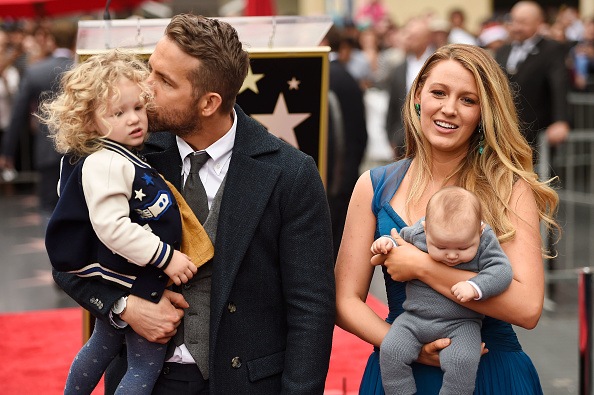 In 2017, Reynolds made us crack up when he tweeted about what he does when he takes his little girl to the beach for the day … or overnight.

“My daughter loves being buried up to her neck in sand at the beach. Her little face lights up when I come back to get her the next day,” he wrote.

Next: When he was frank about his daughter’s artwork.

In 2015, Reynolds bragged about his daughter, James, drawing at such a young age before sharing that she’s not much of an artist and refusing to hang up her work.

“My daughter’s only 6 months old and already drawing. I’d hang it on the fridge but honestly, it’s absolute garbage,” he tweeted.

Next: When he talked about why his daughter loves Disney movies so much.

In 2017, the actor took to Twitter and explained that his daughter gets so excited watching Disney movies for a variety of reasons including a gruesome one.

“My daughter gets so pumped watching Disney films. She loves that they all have singing, dancing and a part when the parents die,” he tweeted.

Next: When he shared that she’s a big fan of the theme park too.

The actor tweeted about going to Disneyland, without her

Parents enjoy bringing their kids to the “Happiest Place on Earth,” but Reynolds prefers just telling his daughter about all the fun he had at the park himself.

“Went to Disneyland because my daughter’s obsessed with Mickey Mouse. She was so excited when I got home and told her,” he wrote in a 2017 tweet.

Next: When he compared the joys of being a father to this.

He described what some of the ‘simple joys’ in life are

In 2018, the Deadpool 2 star joked about the little things that bring joy to life including finding money and realizing he and Blake Lively had a second child … a while ago.

“Nothing better than the simple joys of finding 5 bucks in an old pair of pants, or discovering my wife and I had a second daughter over a year ago,” he tweeted.

Next: When he reflected on his years without kids too.

Reynolds remembered his life before kids

He tweets about the joys of fatherhood. | Ryan Reynolds via Twitter

In 2016, Reynolds revealed that there is no better feeling than being a father, well, except the feeling of not having kids at all.

“Being a father is the single greatest feeling on earth. Not including those wonderful years I spent without a child, of course,” he wrote.

Next: When he said what he wouldn’t risk doing for his daughter.

In 2015, after James was born, the actor tweeted about doing almost anything for her unless it was too risky or messed up his hair.

“I’d walk through fire for my daughter. Well not FIRE, because it’s dangerous. But a super humid room. But not too humid, because my hair,” he tweeted.

Next: When he responded to another famous star about parenting.

He let Olivia Wilde know how great he is

In 2015, Reynolds had the perfect response for his The Change-Up co-star, Olivia Wilde, when she expressed some frustration about parenting. “Anyone else suck at parenting today?” the actress asked.