The Movie to See This Week: ‘While We’re Young’

With several new movies due to premiere this weekend, here are our top three staff picks for what to catch in theaters. 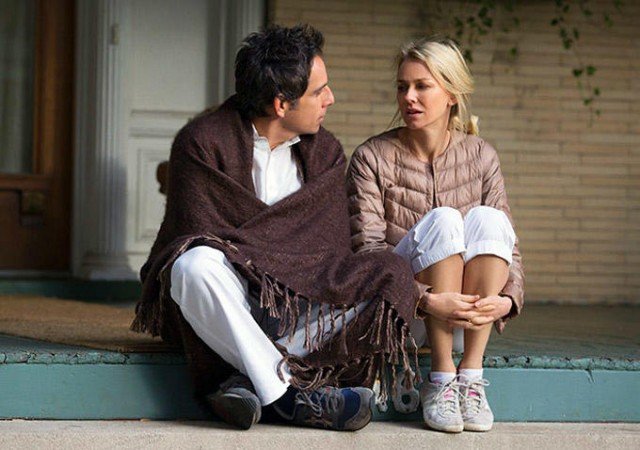 Coming in as our top pick is While We’re Young, the comedy drama written, produced, and directed by Noah Baumbach (Fantastic Mr. Fox, Greenberg). The film stars Ben Stiller and Naomi Watts as Josh and Cornelia, a middle-aged couple who find themselves becoming increasingly alienated from their child-focused friends after they realize they can’t find kids. But they become newly invigorated after meeting a disarming young couple, Jamie and Darby (played by Adam Driver and Amanda Seyfried, respectively), who end up turning both their marriage and their careers upside down.

The film, originally released at last year’s Toronto International Film Festival, has earned widely positive reviews among critics, particularly for Stiller’s performance. “Stiller is killer at blending wit with physical comedy. His scenes with the gifted Driver, playing a careerist in hipster’s clothing, escalate into generational comic warfare of a high order,” Rolling Stone writes. Of the film overall, Indiewire added, “While We’re Young is the rare film that laces rich thematic elements with wonderfully drawn characters to create a picture that’s as genuinely hilarious as it is thoughtful.” If you like movies that find comedy in fractured, tender places, this is the right choice for you. The film opens in limited release on March 27. 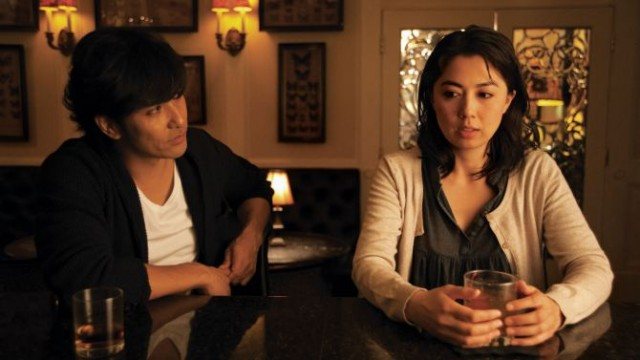 The runner-up choice for this week’s must-see film is the mystery suspense drama, Man From Reno. Directed by Dave Boyle (Surrogate Valentine), the movie follows as small-town sheriff Paul Del Moral, Japanese author Aki Akahori, and a traveler from Reno are brought together by a mystery outside of San Francisco. The traveler soon disappears, leaving behind a suitcase and a trail of questions. The film stars Ayako Fujitana, Pepe Serna, and Kazuki Kitamura.

Though critics have pointed out that Man From Reno doesn’t quite live up to its inspirations (the Coen Brothers are a clear influence), the film has earned praise for its suspense tactics and well-paced storyline. As Variety puts it, “Boyle keeps the wheels churning nicely for the most part, and the climax ratchets up the pic’s sense of urgency without loosening its bearings.” The movie also boasts some formidable leads, with EW praising Fujitani for “conjuring a rare mix of demureness and daring.” Man From Reno will also hit theaters in limited release on March 27. 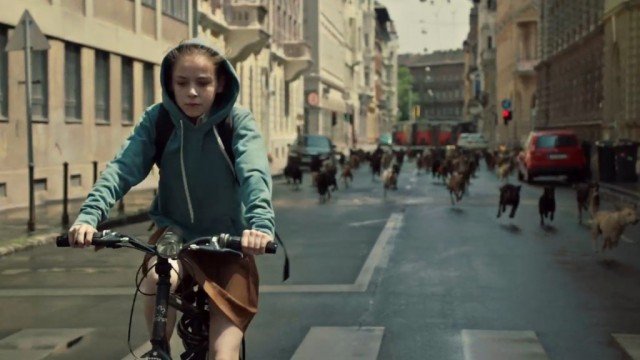 Our third recommendation goes to this Kornél Mundruczó-directed Hungarian drama, which won the Prize Un Certain Regard at last year’s Cannes Film Festival. The movie follows 13-year-old Lili (Zsófia Psotta) as she fights to protect her dog Hagen. She is devastated when her father eventually sets Hagen free on the streets. With her innocent belief that love can conquer any kind of obstacle, Lili sets out to find her dog and save him.

The movie has earned overwhelming acclaim from critics, scoring an 88% fresh score on Rotten Tomatoes. Empire Magazine dubbed it a “superbly acted allegorical drama with a climax that is not only breathtakingly exciting but flawlessly handled.” The NY Post adds, “Mundruczó goes big with allegory, violence, drama and sentiment, and the results are riveting.” The perfect choice for international art house drama lovers, White God kicks off its limited release on March 27.