The Nashville International Airport Could Get a Name Change to Honor Oprah Winfrey: Here’s Why

How awesome would it be to have an airport named after the great and powerful Oprah Winfrey?

A Tennessee councilwoman has brought attention to the reasons why the Nashville International Airport should be renamed to honor Oprah Winfrey. One of the main reasons being she got her television start right in Tennessee.

Councilwoman Sharon Hurt suggested the airport name change in early November. She sent a formal letter to the chairman of the Metropolitan Nashville Airport Authority.

The airport CEO turned down the name change

Councilwoman Hurt received a letter from Airport CEO Doug Kreulen stating the name change would violate naming policies. According to airport officials, a name change cannot take place unless the individual has been deceased for at least two years.

“It’s Oprah,” Hurt said in an interview. “Nashville is in a very unique position to be able to offer that type of recognition to someone that’s very deserving.”

“I think it’s a grand opportunity for us to recognize someone of Oprah’s stature,” she said.

Hurt believes that this name change is especially fitting since the Nashville Airport is undergoing multi-billion-dollar renovations at the moment and having a new name to go along with it would be a very strategic move.

Nashville Airport Authority board has the final say

Even though councilwoman Sharon Hurt was able to propose her idea to the airport council, the airport authority board has the final say when it comes to the renaming of the facility.

They are very adamant when it comes to their policies and believes that the only way for the airport to be renamed after a person, is if that person is deceased and has made a “substantial contribution” to the airport.

Everyone knows Oprah Winfrey as the ultimate influence.  Coming from a rough childhood and creating a name for herself in the television industry, Winfrey has accomplished things many of us dream of.

Oprah Winfrey got her start in Nashville at a local television station, which was the platform that jumpstarted her career. 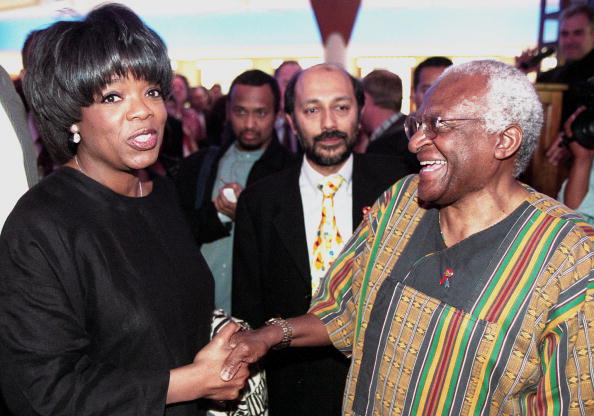 Nashville has been said to have done a poor job acknowledging the contributions of minorities and Councilwoman Hurt made a point to mention that fact in a letter she sent up to the mayor of Nashville explaining her plan.

Hurt understands the policies and rules the airport has to uphold but states, “I think that Oprah has accomplished and achieved the greatness that we will never see in our lifetime,” Hurt said. “She’s that and all of that. Because of that and the ties that we have, I think this is an opportunity we have to immediately honor and recognize her.”

Why wait until someone of such greatness leaves this earth for us to finally honor them?

This is the time to show individuals of great influence that we appreciate their contributions and we hope that Councilwoman Hurt will eventually have a chance to honor Oprah Winfrey with her plan in the near future.