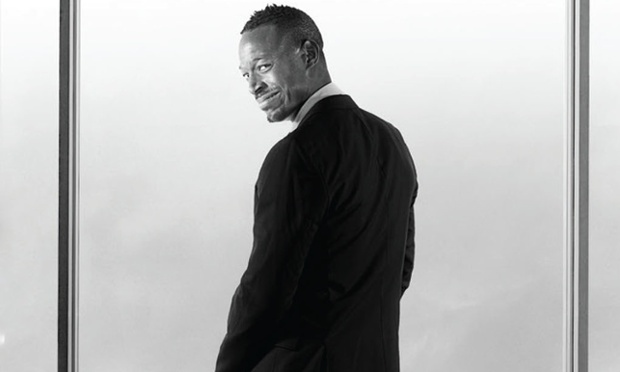 According to The Hollywood Reporter, Wayans will star in the Fifty Shades of Grey send-up, as well as pen the script alongside longtime collaborator Rick Alvarez. No specific plot details are available yet, but considering the over-the-top and already widely mocked sex scenarios in Fifty Shades of Grey, there should be no shortage of material to work with. Not to mention, Wayans seems like a good match for the job, given his vast experience with parody-themed films.

In addition to starring in the movie, Wayans will also produce Fifty Shades of Black with Alvarez. Matt Jackson, Glendon Palmer and Steve Squillante are executive producing. Meanwhile, Michael Tiddes, who also directed both of Wayans’ Haunted House films, has signed on to helm the feature.

Per THR, the project sparked a major bidding war, with multiple big studios and indies competing to acquire national rights to the project. Though the Weinstein Company, Relativity Media, and Open Road were the final ones standing, the latter eventually came out on top, thanks to the relationship it previously established with Wayans during the Haunted House films. Both of those movies ended up grossing over $80 million against $2.5 and $4 million budgets, so it should come as no surprise that the distribution company would want to extend its relationship with the actor.

“Our love for Marlon Wayans is unmatched and along with our friends at IM Global, we can’t wait to introduce the world to Mr. Black,” Open Road CEO Tom Ortenberg said in a public statement. “We truly couldn’t be more excited about being back in business with Marlon, Rick and the IM Global team.”

So what exactly can fans expect from the upcoming spoof? First things first, Wayans says he doesn’t necessarily consider “spoof” the right term, as he shared with Comedy Hype. Instead, he’s approaching the film as more of a funny homage that he hopes will appeal to both his fans and fans of the entire Fifty Shades franchise.

“We’re excited to be back in business with IM Global doing our comedic remix of this movie,” the actor said of the project. “Sex and comedy go hand-in-hand and I’m looking forward to having fun with this project. It’s amazing when a film of this caliber comes along begging to be made fun of. I’m really happy to be doing what I love with people I love to do it with. That double entendre was intentional.”

News of Wayans’s project comes just as Fifty Shades of Grey author E.L. James announced that she’s penning yet another novel for the series. This one, entitled Grey, is told from the perspective of – you guessed it – the character of Christian Grey and is scheduled to hit shelves later this month. Meanwhile, the next two sequels in the film series, Fifty Shades Darker and Fifty Shades Freed, are set to premiere in February 2017 and February 2018, respectively.

Fifty Shades of Black is scheduled to hit theaters on January 29, 2016, almost exactly a year before the next big screen installment of the franchise. The movie is expected to begin filming in Los Angeles this summer.