The New ‘Muppets’ Show: Why Everyone Needs to Just Relax

In 2011, fans of the Muppets rejoiced when the characters finally made their return to the big screen for the first time since Muppets from Space 12 years earlier. The new film — written by How I Met Your Mother star Jason Segel and Forgetting Sarah Marshall director Nicholas Stoller — tapped into the decades of nostalgia surrounding Kermit the Frog and his friends, earning an impressive $165 million worldwide and bringing the Muppets back to the spotlight. However, the film’s sequel — 2014 release Muppets Most Wanted — failed to live up to expectations, making it clear that perhaps the Muppets should end up back where they first started: television.

The new ABC series, titled simply The Muppets, isn’t simply a retread of the 1976-1981 The Muppet Show. Although it does bear some resemblance to the earlier series (as well as the short-lived Muppets Tonight), the show takes a faux-documentary approach (think The Office) to tell a workplace comedy set backstage at Miss Piggy’s late-night talk show. That setting opens up appearances for guest stars like Elizabeth Banks, Josh Groban, Christina Applegate, and Ed Helms, and long before it aired, the network promised that the series would offer a “more adult” take on the Muppets. 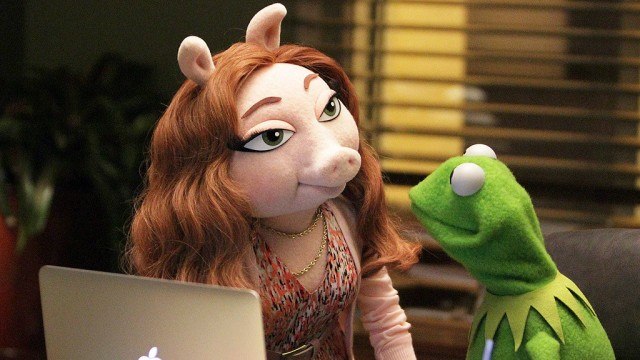 Already the show has certainly lived up to that claim, as the characters have been portrayed drinking, making subtle sexual innuendos, and otherwise appearing less wholesome than their usual cheery selves. Naturally, groups like One Million Moms and the Parents Television Council have derided the show for its adult content, lambasting it for exposing children to such material and calling for a boycott. While these organizations are open to their opinions, the truth is that the accusations against the show have been widely blown out of proportion and are actually based on a misconception to begin with.

From the very beginning, the Muppets were always intended to serve as an edgier comedy troupe, contrasting with the children’s programming featured on Sesame Street. In fact, the characters starred in a 1975 special titled The Muppet Show: Sex and Violence that parodied the rise in inappropriate content on television. So the existence of some brief innuendo on the new show is to be expected, especially considering that it aims to appeal to today’s modern audience (which has itself become far more inoculated by a certain kind of humor). Sure, some of the jokes are a tad bit over the line of “kid-friendly humor,” but for the most part, they’re so subversive that most younger viewers wouldn’t even understand them anyway. 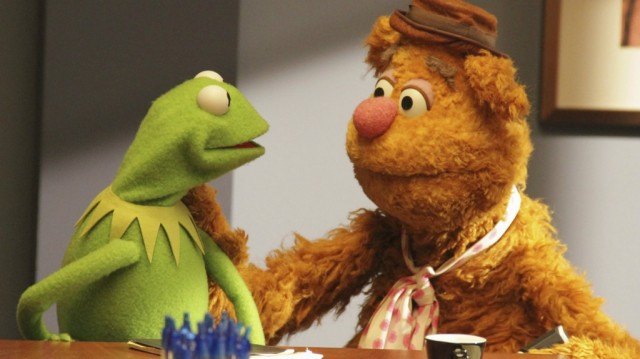 Moreover, it’s unreasonable to expect the Muppets to firmly remain the cute and cuddly versions of themselves that they have been in some of their appearances. Like other iconic characters, they are open to interpretation, and the brand has to be adjusted and modernized to retain the attention of the next generation of potential Muppet fans. In today’s celebrity-obsessed culture, it makes sense for the show’s marketing to center on Kermit and Piggy breaking up and moving on, with Kermit’s new girlfriend Denise particularly the focus of many media reports. It’s immaterial that Denise has barely shown up on the show thus far, as this approach was merely taken to appeal to the social media generation (and ended up trending as a result).

Something like The Muppets is necessary to keep the brand alive, and the fact that the new show is slightly more adult than the characters are known to be isn’t worth stirring up a frenzy over. Although it does depict more complex (and therefore adult) versions of the Muppets, the show largely remains true to the core of who these characters are. Besides, as a television series, its goal isn’t necessarily to inspire kids — as many of the films ultimately comment on larger issues like following your dreams — but to keep them laughing and loving these characters so that the next time Kermit and friends have a message to share, there will actually be an entirely new generation of fans listening. 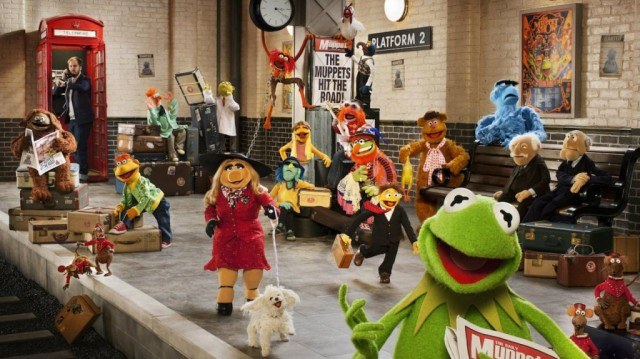 The Muppets may take a fresh approach to the characters, but ultimately, such a move was necessary, as the mediocre box office take for Muppets Most Wanted easily could have signalled another decline in the characters’ viability with mainstream audiences. A bold move was needed to keep people talking about the Muppets, and if nothing else, the new show has definitely succeeded in that regard. Even if the ABC series upsets some people, it’s worth it to continue the franchise.

After all, the alternative is that the Muppets fade into obscurity, coming across as culturally irrelevant to kids growing up in the 2010s. That’s something that no one should want to see, as the Jim Henson creations are among the most universally beloved characters ever created. A world without them certainly would be much darker than even their critics likely realize.