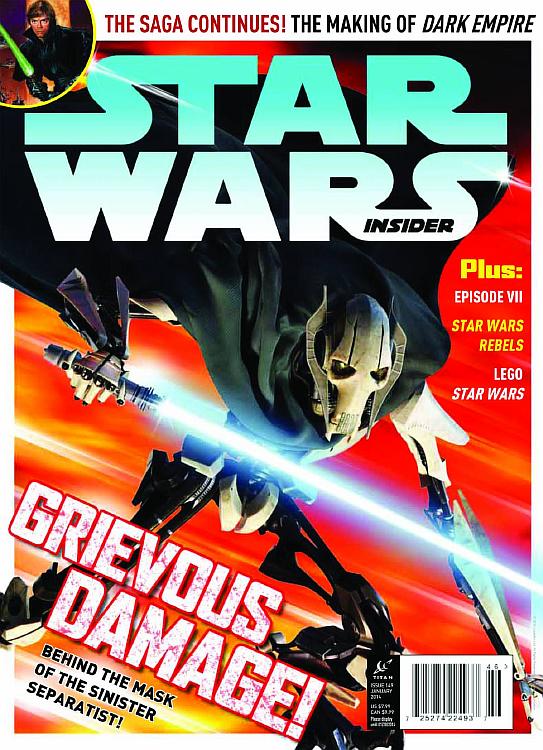 After a substantial reduction earlier in the year, the Star Wars extended universe is now rapidly expanding again, far sooner than fans anticipated. According to The Hollywood Reporter, the new official canon has already begun its expansion: Star Wars Insider No. 150 announced that the previous issue, No. 149, is the first new material to be officially recognized within the canon. (A kind of weird retroactive way of telling people, but whatever.)

That means the two-part story “Blade Squadron,” which runs in issues 149 and 150, is the seminal expansion in Star Wars universe since Lucasfilm announced in April that the new J.J. Abrams-helmed films, and the various standalones that are sprouting like so many buds from Abrams’s project, would disregard everything established in the sprawling Star Wars universe except the six films, The Clone Wars series, and the Rebels series.

“While Lucasfilm always strived to keep the stories created for the EU consistent with our film and television content as well as internally consistent, [Franchise creator George Lucas] always made it clear that he was not beholden to the EU,” the statement on the official Star Wars website explains, clarifying that the official canon for the franchise consists of the six movies to date, as well as the animated Star Wars: The Clone Wars series. “These stories are the immovable objects of Star Wars history, the characters and events to which all other tales must align,” the statement states. The upcoming new animated series Star Wars Rebels is also identified as canon… It continues, “In order to give maximum creative freedom to the filmmakers and also preserve an element of surprise and discovery for the audience, Star Wars Episodes VII-IX will not tell the same story told in the post-Return of the Jedi Expanded Universe,” adding that elements introduced in the Expanded Universe material remain available for use in the future. Star Wars Rebels will feature concepts that first appeared in role-playing games related to the series in the 1980s, it points out. 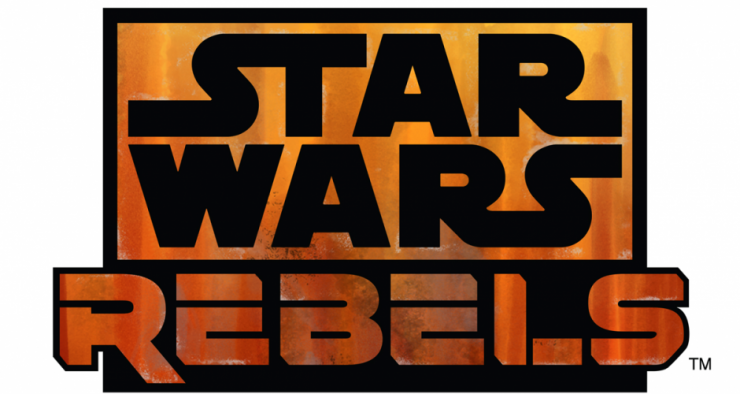 A whole slew of “prose projects” (aka novels and comics) are imminent. Writer John Jackson Miller, who has spent his entire career writing novels based on video games and the Star Wars franchise, has an upcoming novel, Star Wars: A New Dawn (Del Rey Books), that will act as the first officially-recognized prose project in the new canon.

The novel will feature input from Rebels producers Dave Filoni, Greg Weisman and Simon Kinberg, and will be released in print and digitally on Sept. 2, 2014, to be followed by James Luceno’s Star Wars: Tarkin on Nov. 4, Kevin Hearne’s Star Wars: Heir to the Jedi in Jan. 2015, and finally, Paul Kemp’s Star Wars: Lords of the Sith in March of next year. The first Del Rey book, a novelization of the first Star Wars film, topped bestseller lists in 1976.

The Abrams era continues to grow, as well: Josh Tank, director of the surprise hit Chronicle and the upcoming Fantastic Four reboot, has been tapped to direct a standalone Star Wars film. Along with Gareth Edwards and who knows how many currently unnamed directors, Tank is part of a new slate of Star Wars films coming out in 2016. Lucasfilm is going to be making bank in the next couple years–you can almost hear the fans emptying the wallets already.

But this is how fan-based franchises work today. They milk their fans for money, their fans gladly hand over their money, the franchise owners make a lot of money and the fans complain about it later. It’s fitting that Star Wars is completely overhauling the way fan-franchise interaction works, though, as Lucas’s films were the first blockbusters to garner fan fiction and countless tie-in products.

The extended universe is an awfully intimidating thing for the uninitiated. Those whose knowledge of Star Wars is restricted to the films might be overwhelmed when taking a gander at what the sprawling thicket of Star Wars mythology: It’s a legion of ideas and stories from a multitude of different writers. Trying to get into it is difficult, like trying to start Doctor Who; it’s made by and for the most fervent fans. Do you speak Huttese? Do you know what Hutesse is? Jawaese? Hapan? Ryl? Bocce? Aurebesh? Now imagine trying to incorporate all of that into a film intended for an audience of millions, whose ages range from 6 to 106. Starting the extended universe anew is a smart business movie, all things considered, and it’s a kind of olive branch. It’s throwing the fans a bone with scraps of meat still attached.

Those who have spent years following the myriad books, comics, video games, television shows, online shorts, action figure lines, footed pajamas, and theme parks have expressed their disappointment with Lucasfilm’s decision to discount the aforementioned appendages to George Lucas’s saga. But Star Wars fans can rest assured that a deluge of Star Wars-related stuff will be coming not so far, far away in the future.