The New ‘Predator’ May Feature a Different Kind of Monster

The Predator franchise is about to return to the big screen with a reinvention from director Shane Black. The Predator arrives in September 2018, but despite what the title suggests, this is a direct sequel and not a remake.

Still, despite being a sequel, there’s evidence to suggest that Black is doing something entirely new here, giving us a brand new version of the creature. Here’s a look at what we know about the creatures in The Predator, including the evidence that we’ll be getting the biggest, most threatening version yet (page 5).

1. The creature will be more agile in this film 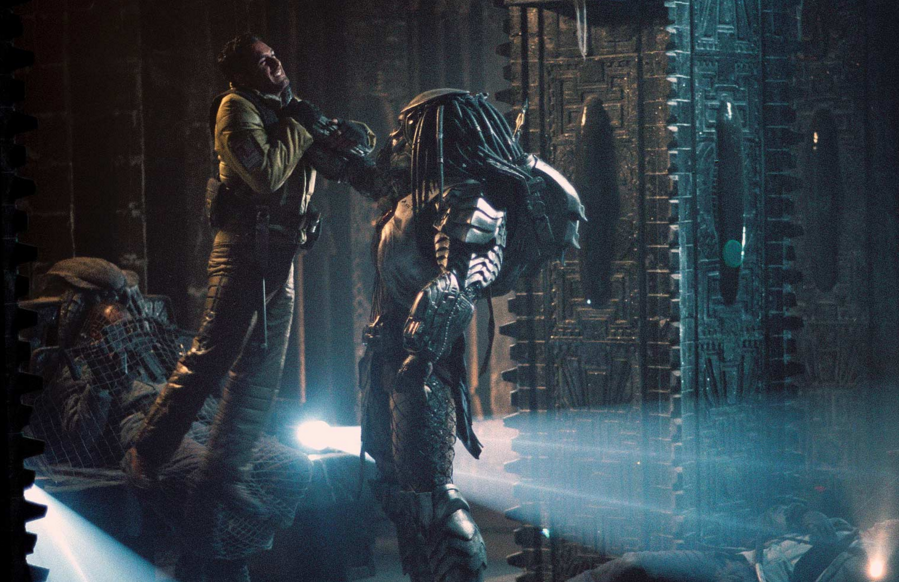 In this sequel, the Predator will apparently be a lot more agile than before. That’s according to Brian Prince, the man who will be in the Predator suit for this film.

He told Den of Geek, “This creature’s a lot more mobile. In the other films, they’d move, for sure, but a lot of the times, in the first one, there wasn’t a lot of agile movement.”

As evidence of this, the producers actually cast Prince largely because of his parkour abilities.

Next: There won’t just be a single Predator in the movie.

2. There will be several Predators in the movie, including two new ones 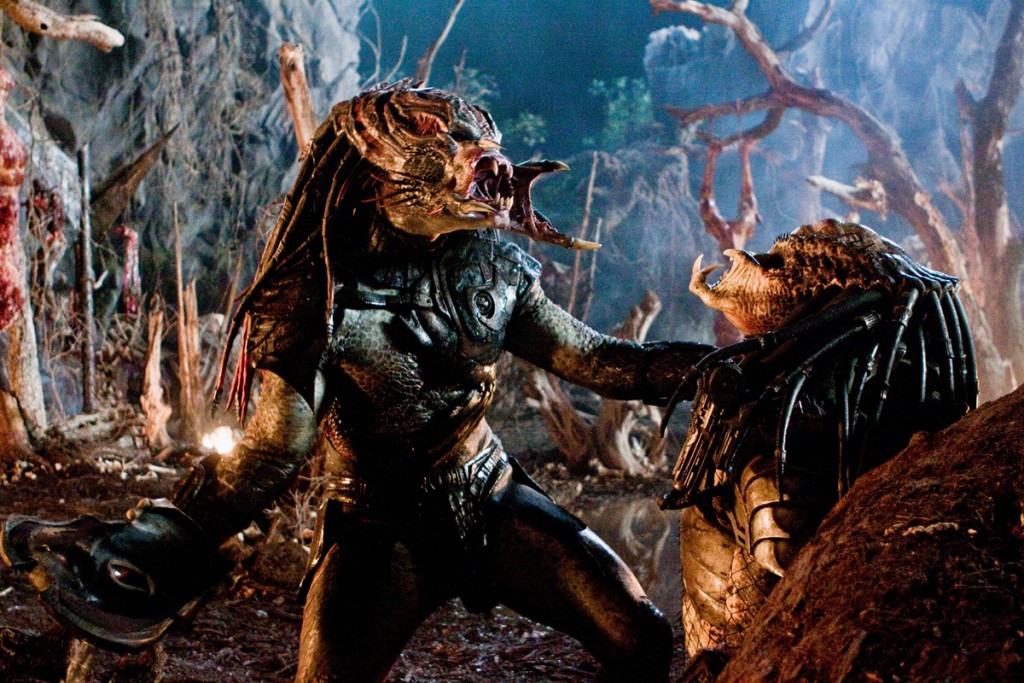 Two Predators are better — or worse? — than one. | 20th Century Fox

You might assume from the title of the movie that this film will only have one Predator in it. But actually, it appears there will be at least five of them.

Den of Geek reports that this will include three of the classic Predators we know and love from the previous movies. However, it will apparently include two versions of the monster that we’ve never seen in any of the previous films.

Next: Why the Predators will apparently look different.

3. The Predators are apparently attempting to upgrade their DNA 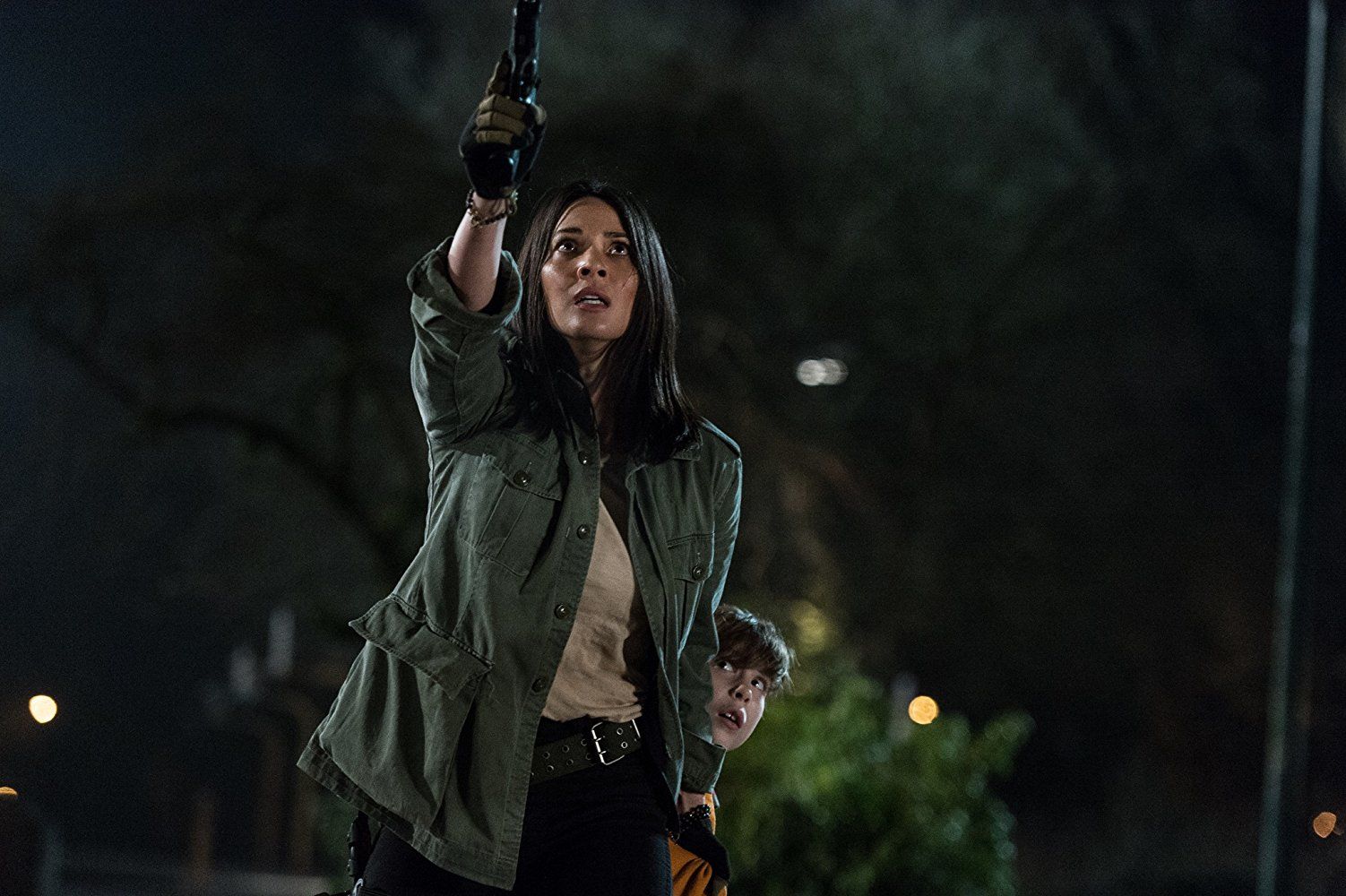 How will she tackle this challenge? | 20th Century Fox

The first trailer for The Predator gives us a better idea of what the creatures are up to in this movie. In it, Olivia Munn’s character, Casey Bracket, states, “I think they’re attempting hybridization. They’re upgrading on every planet they visit.”

The official plot synopsis of the film also mentions that the Predators “have genetically upgraded themselves with DNA from other species.” This could explain how we’re going to see two different Predators: the two new ones will be “upgraded.”

Next: This fan theory suggests there may be something else going on.

4. Could humans be trying to make their own Predator hybrids? 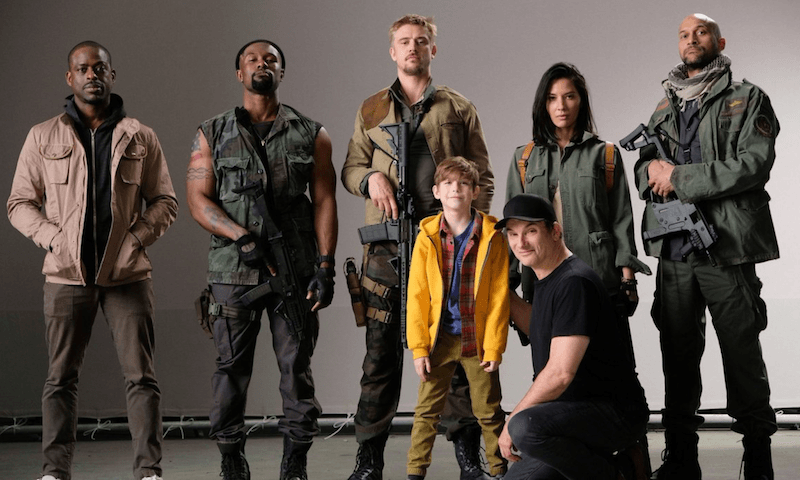 Are the humans responsible for this? | 20th Century Fox

One interesting idea posed by Games Radar is that when Munn’s character says “I think they’re attempting hybridization,” she’s actually not referring to the Predators.

Rather, one theory is that the film’s human villains are trying to make their own hybrid Predators, Jurassic World style. They point to a moment in the trailer where you can see what looks like it could be a Predator/human hybrid on a tank.

For this theory to be correct, the line “They’re upgrading on every planet they visit” must be from a different part of the movie; the two lines could have been edited for the trailer to make it sound like part of one conversation.

Next: What we know about one of the new types of Predators.

5. There will likely be a much bigger Predator in the movie 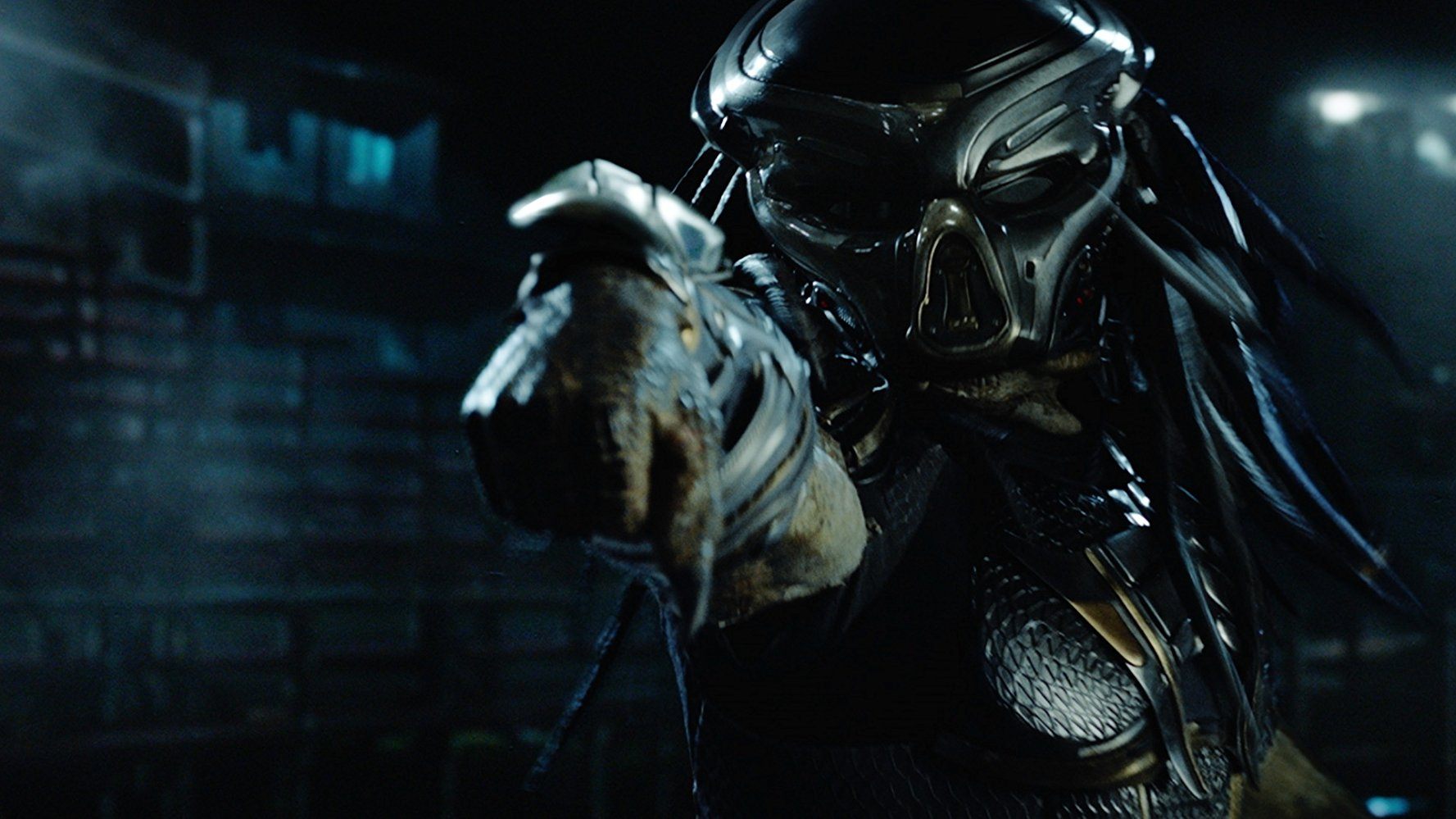 Get ready for a larger creature this time around. | 20th Century Fox

It seems that one of the new versions of The Predator may be significantly bigger. During a set visit, Den of Geek witnessed the filming of a scene involving a prop arm that is much larger than the normal-sized Predator would have.

They also heard mention of a “10-foot mutha,” suggesting that there might be a version of the creature in this film that is 10 feet tall. For comparison, the regular Predator is about seven feet tall.

This 10-foot version is probably the result of hybridization. The expanded material established that the female Predators are bigger than the males, though, so that’s another possibility.

Next: The new Predators will also be different in this way.

6. The new Predators will have some upgraded technology 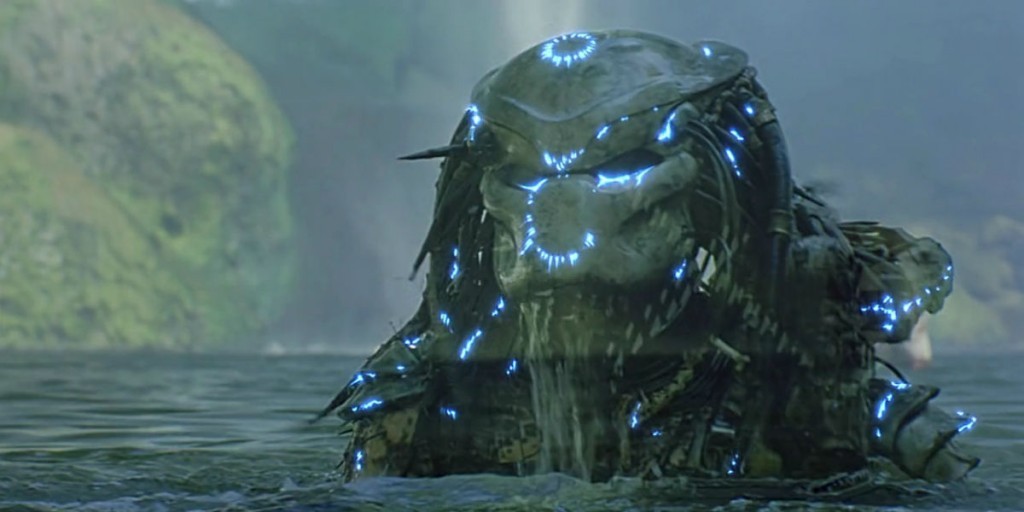 They will be more technically advanced. | 20th Century Fox

Den of Geek also reports that the new Predators will have plenty of new technology. For instance, one of the crew members described a device that the Predator can use to shoot out and control electronic devices, including the creature’s ship.

We also get a sense of the new Predator technology in the film’s trailer; a young boy plays with what he thinks is a toy ship, but that appears to control the real Predators’ ship.

Next: What the new Predators will look like in the film.

7. The Predators will be accomplished largely using practical effects 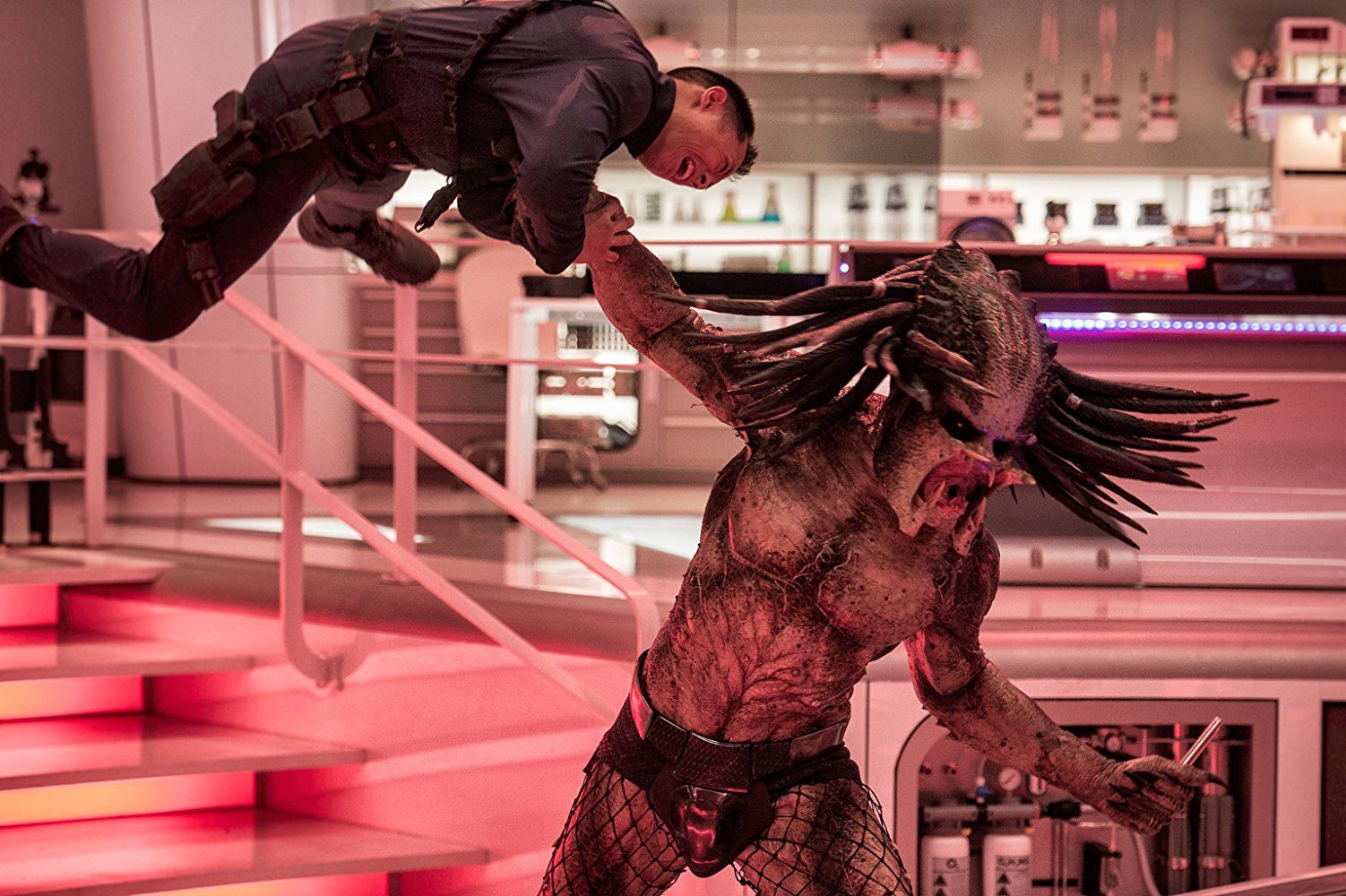 The new Predators won’t be entirely accomplished using computer-generated imagery; rather, practical effects are being utilized as much as possible. According to Den of Geek, the company owned by Tom Woodruff Jr. and Alec Gillis, who worked on the original Predator, is doing the creature effects for this one.

“We’re big fans of practical effects, because we think the real stuff just looks the best,” Woodruff told Den of Geek. “That’s not to say there’s not a place for the digital as well, because there always is. So there are several Predator characters in this movie that are practical, as they should be in our opinion, and we think it’s what the fans want to see: a real Predator standing next to a person.”

However, it does sound like the bigger Predator will likely be accomplished using computer-generated imagery.