The Next ‘Westworld’ Twist May Be Hiding in Plain Sight

During the first season of Westworld, fans were way ahead of the showrunners, as they figured out most of the big twists weeks ahead of time. With Season 2, it looks like a number of additional twists are on the way. But the solution to one of the show’s biggest mysteries may actually be hiding in plain sight.

Here’s a look at the upcoming Westworld twist fans now think they’ve figured out and why there’s a very good reason to believe this latest theory is accurate.

1. Delos has some sort of ulterior motive with the park 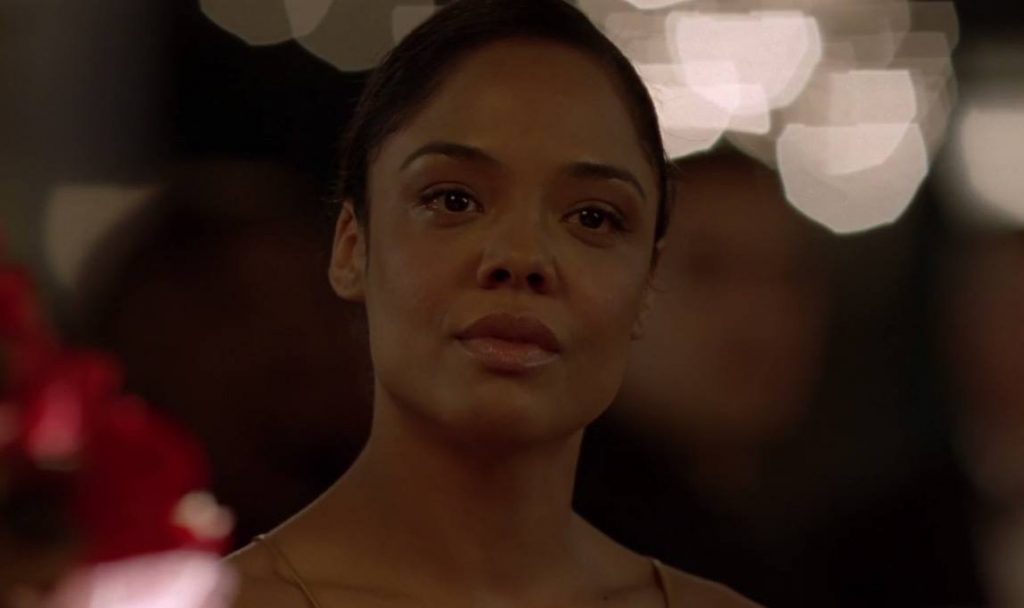 What, exactly, is Delos hoping to achieve with Westworld? It has been implied in the show that there’s a more sinister plot going on, and the investors aren’t merely interested in making money off of a fun theme park.

This is something showrunner Jonathan Nolan explained in an interview with Entertainment Weekly. He said that while “the park is one thing for the guests, it’s something completely different for its shareholders and management. There is an agenda here that Delos has undertaken for a very long time.”

It seems that what this agenda is will be a big part of the show’s plot going forward.

Next: This appears to be a key part of Delos’ agenda. 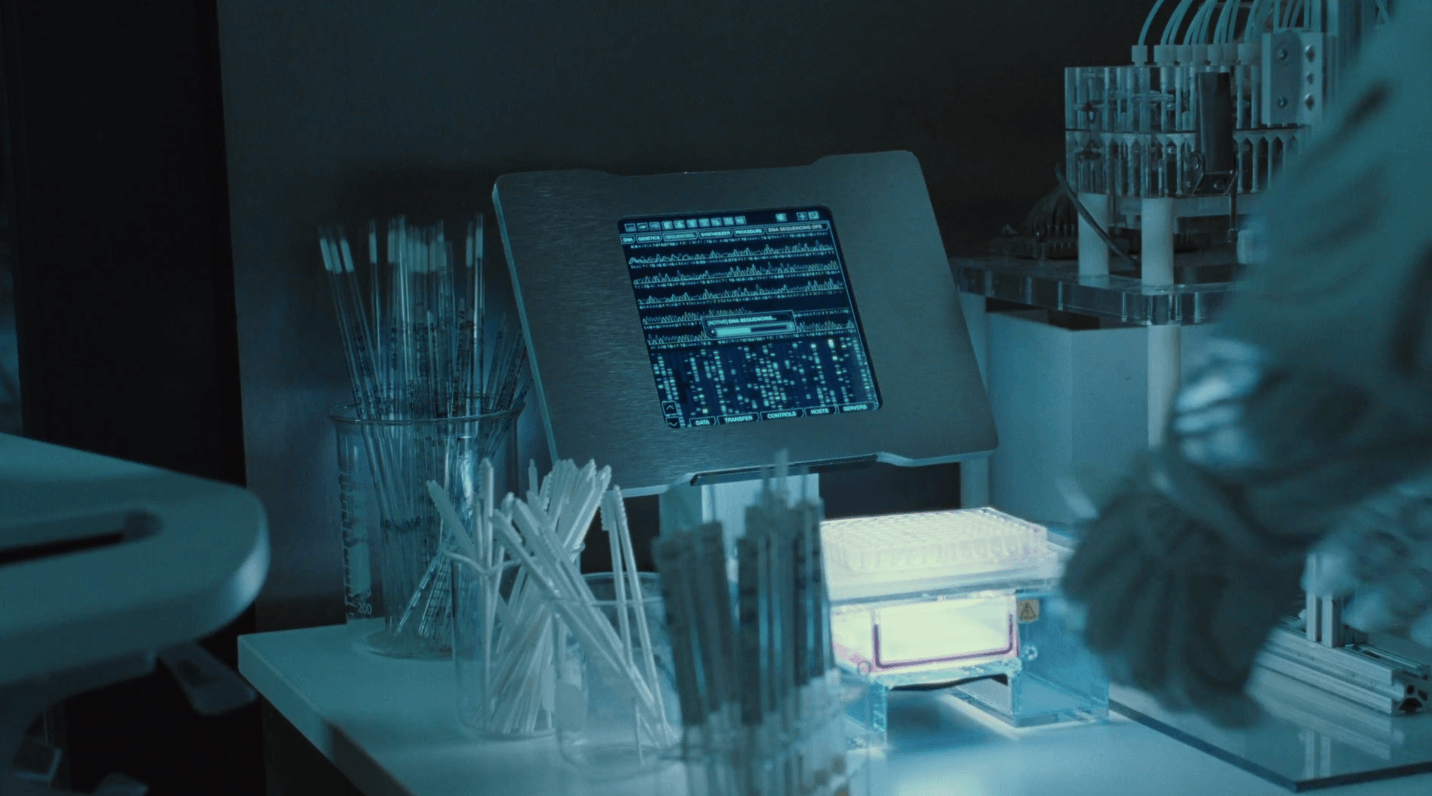 Delos seems to be collecting their guests’ DNA. | HBO

In the first episode of Season 2, Bernard discovers a secret about Delos. He does so while visiting a hidden underground lab that a drone host operates. Apparently, Delos is collecting park visitors’ DNA; a drone host collects it from a host’s private parts. This obviously isn’t something the average person is aware of, seeing as even Bernard was surprised.

Well, actually, visitors might be aware of it if they read the Terms of Service agreement. The full text of that was released online during the first season, and there’s a section in it that reads, “Delos, Inc. controls the rights to and remains the sole owner of, in perpetuity: all skin cells, bodily fluids, secretions, excretions, hair samples, saliva, sweat, blood, and any other bodily functions not listed here.”

Next: This is another big piece of Delos’ plan.

3. They’re also secretly recording everything the guests do 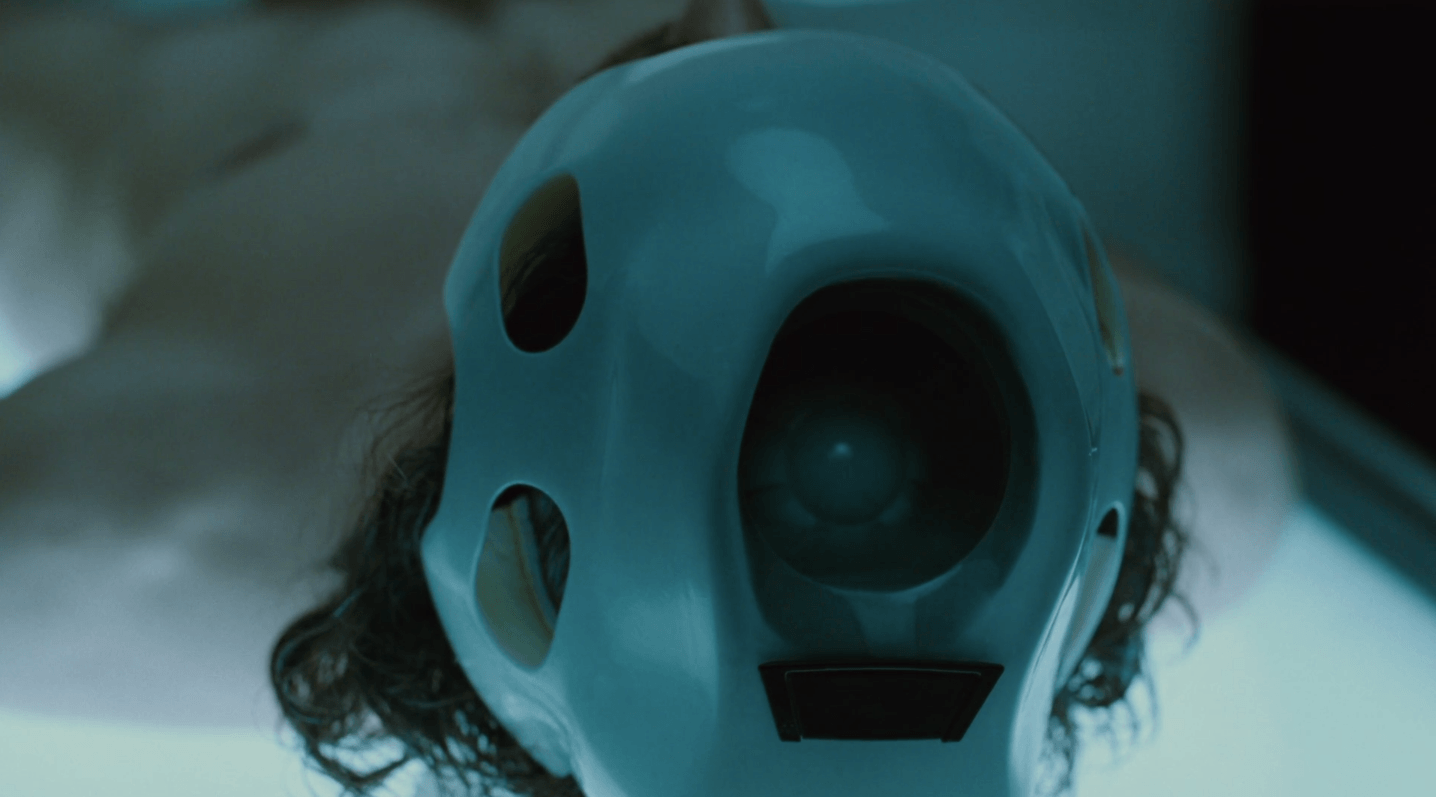 This was not the only important revelation about what Delos is up to in the Season 2 premiere. We also discovered that hosts seem to record everything that happens to them, and video footage of what they’ve experienced can be extracted from their heads.

While visiting the lab, Bernard finds out that all of this video footage is being logged, in addition to the guests’ DNA. He’s surprised by this fact, although Charlotte brushes him off. So visitors to Westworld clearly do not realize that every single interaction they have with hosts, presumably including sex, is recorded and saved.

Next: Could this be Delos’ secret plan?

4. Is their plan to replace the rich and powerful with hosts who will do their bidding? 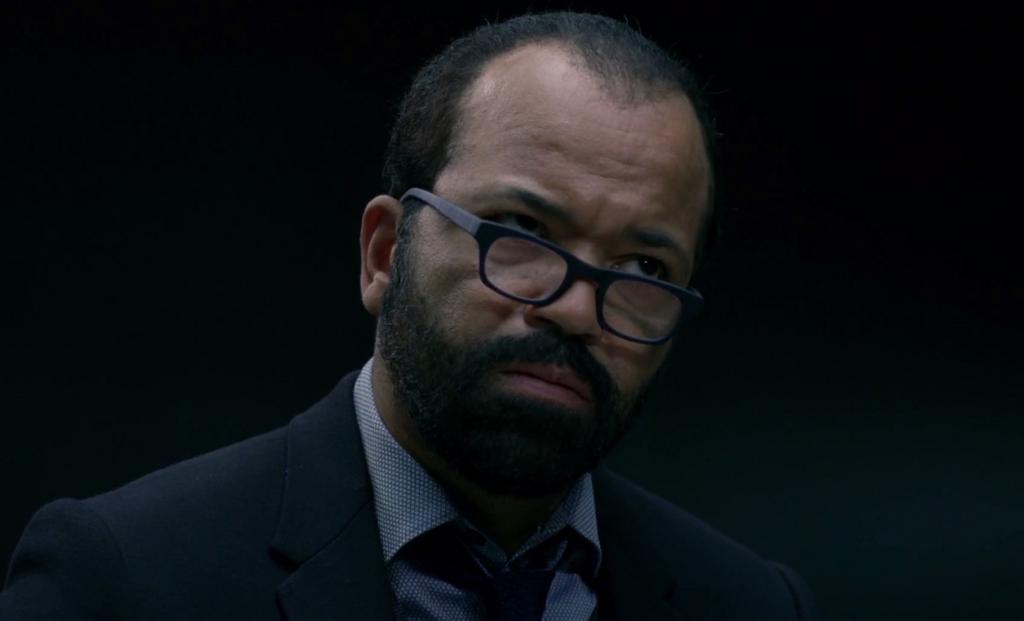 So what might Delos want with the DNA of their guests? And why are they secretly logging video footage of every host encounter?

Well, consider the fact that you have to be extremely wealthy in order to go to Westworld in the first place. We discovered in Season 1 that factoring in added fees, visiting the park costs over $60,000 a day, meaning a week-long trip would run you nearly half a million dollars. And that was in the past timeline, so it’s probably much more expensive now.

With that in mind, fans have this theory: Delos is collecting DNA so they can create realistic clones of the rich and powerful who visit their park. They can then swap out the real people with their clones. We can imagine how this would be useful to Delos: If a world leader or business owner visits the park, Delos can replace them with a clone that they control, maybe using similar technology as the drone host. If they do this enough, they will essentially control the world.

Next: Why there’s a very good chance that this theory is true.

5. This is the plot of the film sequel, Futureworld

A lot of fans are now proposing this clone swap theory, but the idea didn’t come out of thin air. It’s been hiding in plain sight in the 1976 film Futureworld.

That was the sequel to the movie Westworld, which the HBO original series is based on. In Futureworld, the protagonists discover that Delos is secretly making clones, which are programmed to work in Delos’ interests, killing the humans they were cloned from and replacing them.

Delos is specifically interested in cloning the rich and powerful in that movie; we see that they have created clones of a Russian General and a Japanese politician. But it goes beyond just world leaders; they also try to clone reporters so that they can ensure favorable coverage.

Next: How the video footage could factor into this.

6. The video footage could help make the clones more realistic 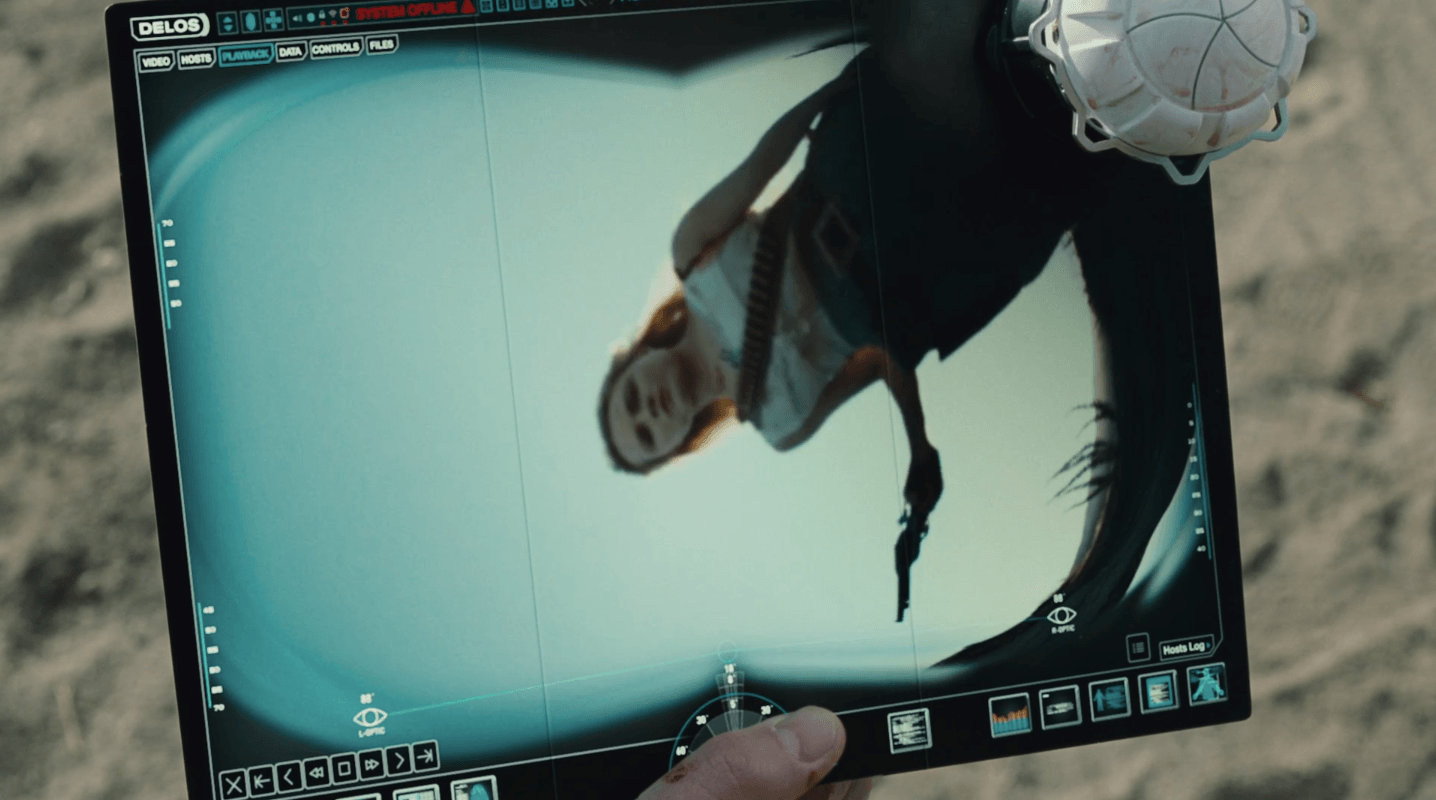 Video footage from one of the hosts | HBO

What about the fact that Delos is recording everything that guests do in the park? How does that relate to this theory?

Well, one possibility is that this will help with the process of making extremely realistic clones. After all, just having a person’s DNA alone wouldn’t be enough to make a convincing duplicate. But Delos could use all of the data gained through days and days of video footage in order to ensure the clones fit the person’s personality.

It could also be that Delos gathers enough information about guests before they come to Westworld that the clones will be able to convincingly pass off as the originals.

We do already know that it’s possible to create a host that’s identical to another person since that’s exactly what Bernard is (although since we haven’t seen much of Arnold, we don’t know how similar he and Bernard are).

Next: An alternate theory on what Delos is doing with the DNA and video footage

7. Delos could also be blackmailing their guests 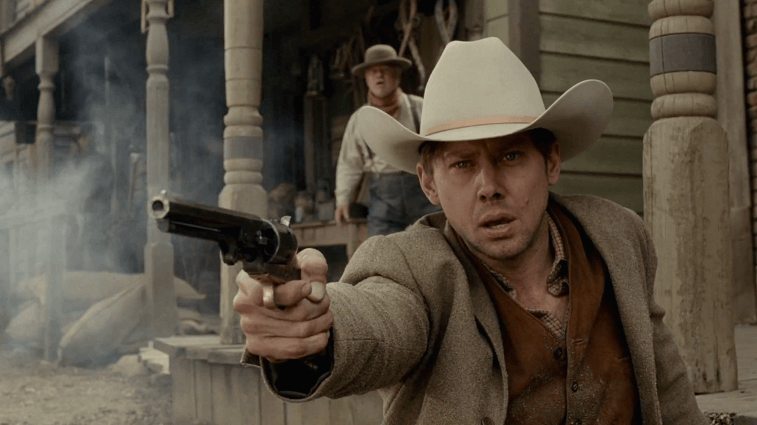 Jimmi Simpson as William firing a gun in Westworld | HBO

It’s unclear whether this cloning conspiracy plot is going to happen and whether the TV show will closely follow the movie. If not, there’s an alternate theory going around that’s fairly similar.

This second theory suggests that Delos collects the footage of the guests in order to blackmail them. If they had video footage of a politician raping and murdering a host, for example, they could blackmail that politician into supporting policies that are in Delos’ best interest. This could also be why they’re collecting the DNA: it’s not to clone the guests but rather to have physical evidence of what the guests have done in the park.

Either way, regardless of the specifics, a popular idea among fans is now that Delos’ endgame is to essentially take over the world by controlling the rich and powerful, either by replacing them with clones or by blackmailing them. It remains to be seen if this is another case of the fans being ahead of the series or if the showrunners have a total swerve planned in the coming weeks.