The No. 1 Most Iconic Photo of Kate Middleton and Prince William

Prince William and Kate Middleton — aka the Duke and Duchess of Cambridge — live a pretty amazing life. Sure, on the surface, it looks like many others’, as they raise their family and perform their normal daily duties.

But as royals, all their highs and lows have been on full display for the world. And that means many of their most memorable moments have, too.

Their very public life has led to some pretty big photo ops for royal watchers around the world, too. Here are all of the most unforgettable William and Middleton moments so far, including the No. 1 most iconic photo ever taken of the royal couple (page 10).

There are few things more iconically British than the Harry Potter series. That is, unless we’re talking about the British monarchy. That’s why William and Middletons’ 2013 trip to the inauguration of Warner Bros. Studios’ Leavesden was so much fun for fans.

The royal couple got to tour Hogwarts (at least, the magical school as it was designed for movie fans), and sample the best of what J.K. Rowling’s wizarding world has to offer. And fans got to see them touring Hogsmeade and battling with wands in the Gryffindor common room.

Talk about worlds — both real, and lovingly imagined — colliding.

Next: This adorable photo reminded us all that William and Middleton are still adorable after all these years.

The couple was all smiles and laughs. | WPA Pool/Getty Images

One of the perks of being a member of the British aristocracy is that you get to travel in style. And the Duke and Duchess of Cambridge took advantage of that in a big way when they took a skiing holiday to the French Alps with their children in 2016.

There were several sweet photo ops during their trip. But this one, of William playfully dousing Middleton with some snow, tops them all. It’s mostly because we’re so used to seeing the couple in more formal settings. And partly because they just look like they’re having so much fun.

Next: The young royals were all smiles at this epic event.

8. For love and country

They celebrated as if cameras weren’t watching their every move. | Pascal Le Segretain/Getty Images

When London hosted the Olympics in 2012, spectators from all around the world traveled to watch the summer games. But William and Middleton didn’t have to journey too far to watch their countrymen and women compete. And they made the most of the epic event.

The royal couple mingled with Prince Harry and other fans and got swept up in the drama of the games. This photo of the pair embracing during an exciting moment at the Velodrome shows us a more unbridled side of the duke and duchess than we’re used to seeing. But it’s also a sweet reminder that at heart, they’re normal people with a healthy sense of affection for both their country and each other.

Next: A little fun and games for a good cause.

The royals sometimes let down their guards. | Alastair Grant/AFP/Getty Images

One of the royals’ most timely initiatives is a campaign called Heads Together. In an attempt to raise awareness about the importance of talking about mental health, Middleton, William, and Harry teamed up for a field day of sorts in London.

The trio even took part in an event, competing against one another in a relay race. And even though they’re husband and wife (and brother), they didn’t let their affections get in the way of their competitive edge.

This photo shows so much of what people love about the young royals. They’re willing to let their guards down despite all the protocol and decorum that comes with royal life. And they’re even willing to make themselves look a bit foolish for a worthy cause.

Next: William and Middleton turned a diplomatic event into a sweet family moment.

Since William and Middleton welcomed their first child, there have been so many amazing photos of their growing family. But this 2017 image, which shows the royals leading their children, George and Charlotte, on an airport tarmac, is in some ways the most representative of their whirlwind lives.

The foursome was busy on a three-day visit to Germany. But even though they were in the midst of traveling, they managed to look completely composed (their outfits were even coordinated).

It can’t be easy to raise a family in the spotlight. But the duke and duchess have made it look effortless.

Next: A new arrival marked a pivotal moment for Middleton and William.

Prince William and Kate Middleton were smiling ear-to-ear when their third child was born. | Kensington Palace via Instagram

Fans around the world were stunned when Middleton left the hospital mere hours after giving birth to her third child. The fact that she looked so freaking put together made it even more amazing. But despite all of the hullabaloo around Middleton’s postpartum style, there’s something very telling and sweet about the way she and William introduced Louis to the world.

She put on a nice dress and a big smile, and the couple put their personal lives on pause to acknowledge the global curiosity about their son. Their composure in the face of such scrutiny is a testament to their commitment to their royal roles.

Next: This photo op turned Middleton into a fashion icon overnight.

They look like the perfect couple. | Chris Jackson/Getty Images

In November 2010, William and Middleton announced their engagement to the world. It was a huge moment for the couple, and fans who’d long speculated if she, a non-royal, would be included in the family long-term.

But it also marked a turning point for Middleton — because the royal blue Issa dress she wore for the announcement helped transform her into an international fashion icon. The dress sold out in minutes.

And thanks to Middleton’s sense of style, and the clear joy emanating from her and William during the announcement, the moment was one for the history books.

Next: This flashback photo is a good reminder that all storied romances have to start somewhere.

They were just college students when they started dating. | Middleton Family/Clarence House via GettyImages

The general public didn’t get to see too much of William and Middleton’s early relationship. So any glimpse we do get is a fun reminder of how far they’ve come. Case in point: This iconic image, released in 2011 in the days before their wedding. It shows the future Duke and Duchess of Cambridge after their graduation from University of St Andrews.

Their affectionate embrace and easy smiles are a great reminder that the future royal couple was once just two young kids with their whole future ahead of them.

Next: The couple’s first big media moment was nothing short of spectacular.

2. A portrait worth a thousand words 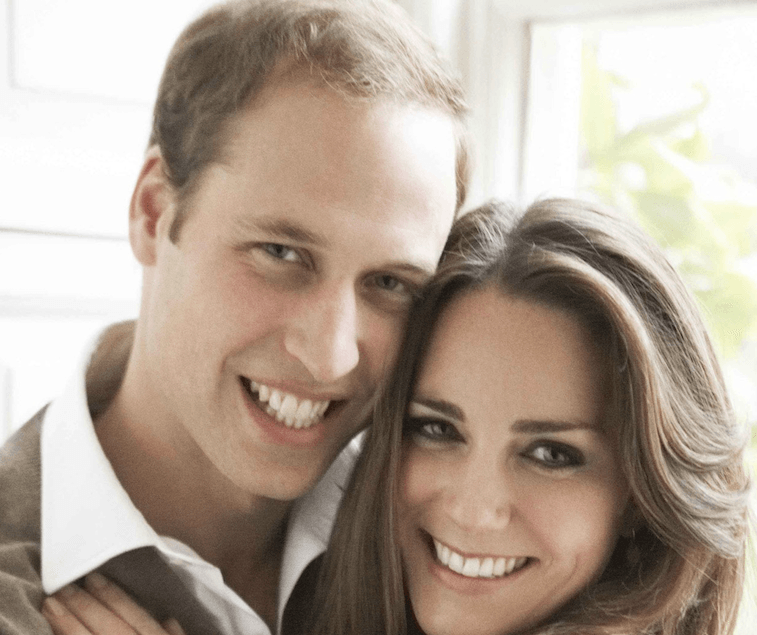 They were excited to start a life together. | Kensington Palace

William and Middleton’s engagement announcement was an event in and of itself. But their official engagement portraits eclipsed even that extraordinary moment.

Famed celebrity photographer Mario Testino did the honors for the couple’s first photo shoot. And he did an amazing job capturing a warm, romantic side that we hadn’t really seen of the pair.

Next: This next photo is one of the most iconic in royal history. Period.

This sweet moment will go down in history. | Leon Neal/AFP/Getty Images

Whenever a royal wedding takes place, comparisons to fairy tale romances run rampant. But even if you don’t subscribe to the notion of “happily ever after,” it’s hard to argue that this photo from William and Middletons’ wedding day isn’t at least a little bit magical.

The couple’s first kiss on the Buckingham Palace balcony elicited cheers from onlookers below. And to this day, it remains the most iconic photo ever taken of the pair — because it symbolizes not just their status as royals, but because it’s a perfectly romantic moment.