The One Big Problem With ‘Batman: Arkham Knight’ 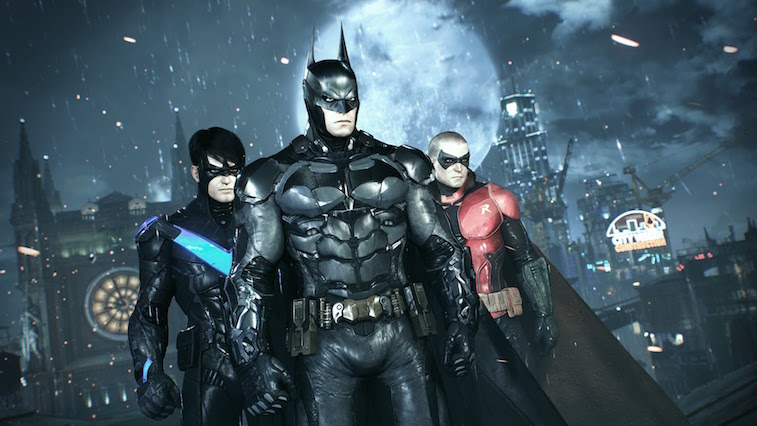 In Batman: Arkham Knight, the Caped Crusader’s most formidable enemy isn’t the Scarecrow. It’s feature creep. (And terrible porting to PC, but that’s another story.)

“Feature creep” occurs when game developers add new mechanics and abilities to each installment of a series. The result in this case — four games into the Batman: Arkham series — is that the controls have become baffling, bloated, and impossible to master.

To be fair, some amount of complexity is a given for any game that wants to do justice to Batman. The character is equally at home pummeling thugs on the streets as he is grappling and gliding through the air of the excellent open-world environment. He also has admirable detective skills as well as a utility belt that contains all kinds of high-tech tools.

So becoming a fully realized version of Batman is bound to be a little overwhelming. And it was, even in 2009’s relatively small-scale game Batman: Arkham Asylum. There was a lot to that game, but it was more or less manageable. It laid the groundwork by easing players into the role of the Dark Knight.

Two years later, the asylum gave way to Arkham City, a much bigger game that presented players with a vast section of Gotham to explore. Arkham City added new abilities like gadgets to use during combat and more advanced ways to move through the larger environment.

Cut to 2015, and Arkham Knight dumps a truckload of new gameplay mechanics on players. In addition to everything from the previous games, you now have full control of the Batmobile, a car so packed with features it makes Knight Rider’s Kit seem like a broken-down Pinto. You also get extra combos to use while brawling, new and unnecessary moves while gliding, and enough new gadgets to make James Bond shake his head at the crushing complexity of it all.

And that’s just at the beginning. As you play, you earn points to unlock new fighting combos, new driving skills, new movement abilities, and new sub-weapons. It’s beyond overwhelming. I’ve gotten to the point where I don’t even bother upgrading my move set because I can only remember a fraction of the moves I already have.

Even if the game introduced these new abilities at a gradual pace — which it doesn’t — it would take a mind like Stephen Hawking’s to hold all of them in the forefront at once. So unless the game makes me use a particular combat ability or a new gadget, I ignore it.

This is a problem, because if anyone should be equipped to take full advantage of a video game, it’s me. I do this for a living, after all. I’ve been playing games for 30 years, and I’ve played all three previous Arkham games. Why can’t I remember the controls? Because no one could.

The feature creep problem isn’t lost on the developers. In an interview with Polygon, Arkham Knight producer Dax Ginn said:

“The reality of the third installment of a trilogy is that you’re building on pre-existing systems and pre-existing narrative. We combat that by tutorial-ing everything so that if you’ve never played an Arkham game before, you’ve got everything you need to learn how to succeed in combat, how to drive the Batmobile, how to grapple and glide, how to get on with the various gadgets that Batman has. We understand and we acknowledge that we are in a complex, sophisticated place, but we have systems in the game to counteract that.”

The systems he mentions exist in the game, and they work about as well as anyone could possibly expect them to. All of the basics are covered early in the game. The problem is that the game has so many basic moves that those are the only ones I can remember.

Don’t get me wrong, I’m having a lot of fun playing Arkham Knight. But I can’t shake the idea that I would like it more if it cut a feature for each new one it added. The game isn’t better for offering a jumbled mess of controls. It’s just more confusing.