Last year, Selena Gomez and The Weeknd moved on from their past relationships and decided to become an official couple.

After a few months of dating, the couple split and many still wonder what made the two call it quits?

Just a few short months after The Weeknd abruptly ended his relationship with Bella Hadid in November 2016, he and Selena Gomez first sparked romance rumors in January when they were spotted kissing outside of Giorgio Baldi restaurant in Santa Monica.

Throughout the evening, paparazzi captured the two looking smitten with each other even after both of them recently got out of long-term relationships.

After being initially spotted in Los Angeles, the couple then took their love international as they traveled to Italy together. 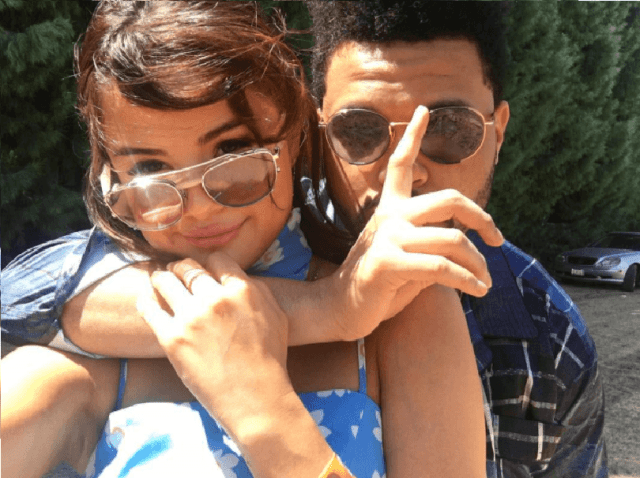 A few months later, the couple was spotted attending the Met Gala together, just one year after The Weeknd attended the 2016 Met Gala with ex-girlfriend Bella Hadid.

This was the first instance Selena Gomez and The Weeknd made their red carpet debut together, which in turn confirmed their relationship.

Selena Gomez stunned in a custom Coach gown with lace trim and a Tiffany necklace. The Weeknd sported a classic fitted tuxedo with a bling brooch to tie the look together.

After many instances of being spotted together, it has been said that The Weeknd was by Gomez’s side went she underwent kidney surgery. According to People, The Weeknd scheduled his tour around her surgery and recovery. To fans, it looked as though this relationship was extremely serious and going in the right direction!

Both have famous ex’s

As any famous celebrities, Selena Gomez and The Weeknd have their fair share of history with famous ex’s.

As mentioned before, The Weeknd had a very public relationship with model Bella Hadid. Two months before The Weeknd was seen with Gomez, it was reported that his and Hadid’s relationship had ended after a year and a half of dating.

Selena Gomez had a whirlwind romance with singer Justin Bieber for 5 years. After calling it quits from Bieber in 2014, Gomez decided to give love another try with The Weeknd.

The couple called it quits after 10 months

After a few short months as a couple, Selena Gomez and The Weeknd decided to go their separate ways. A source reveals that things just didn’t work out between the two and making time for each other became difficult.

Due to The Weeknd touring around the world and Gomez’s filming schedule, the two just could not find time to spend with one another.

Just one day before the news of  Gomez and The Weeknd’s split came to light, she was spotted having breakfast with ex-boyfriend Justin Bieber.

Many believe that Gomez spending time with Bieber could have played a factor in the breakup, but that has never been confirmed.

Since splitting, Selena Gomez and The Weeknd have not rekindled their short-lived relationship. The Weeknd has since gotten back together with Bella Hadid.

As for Selena Gomez, she has been surrounding herself with close friends and is currently taking the time to focus on herself.