Conspiracy theories abound when it comes to celebrities. Some of these are old news – like the idea that Avril Lavigne is being played by an actress or stunt double now. Each time a new theory is disproved, a new one pops up. One of these newer theories is the idea that Shane Ray and Dwayne Johnson are the same people, or perhaps twins.

Who is Dwayne Johnson?

Dwayne Johnson is best known as The Rock from the 1990s to early 2000’s WWE and WWF. Now semi-retired from wrestling, Johnson has turned his attention to acting. He has appeared in movies like Moana, Jumanji: Welcome to the Jungle, The Fate of the Furious, and Hercules. The 6’5″ father of three is well-known for his extensive arm and chest tattoos, as well as for his athletic body.

Who is Shane Ray?

Shane Ray is a 6’3″ tall outside linebacker for the Denver Broncos. He was picked up as a first-round pick in the 2015 draft, after playing college football for Missouri.

Some people say that Johnson and Ray are, in fact, the same person. Some have even gone so far as to state that the two have never been in the same room together. Thus, it would not be hard for Shane Ray to be Dwayne Johnson trying to succeed in a National Football League career without leaning on his well-known name.

Of course, this is a little on the ridiculous side. According to some tweets on Twitter, the two do not even know one another. When, however, Johnson politely refused to watch Ray and the rest of the Broncos practice at their home stadium, many conspiracy theorists claimed it was because they were actually the same person.

Some conspiracy theorists find the “same person” theory a little too outrageous. Instead, these people say the two are twins who may have been separated at birth. Seeing high school images of Johnson and Ray side-by-side does show an uncanny resemblance. But is it enough to say the two could be twins?

Could either theory be true?

The big question here is whether either of the two above theories could prove true. We’re going to have to give it a big resounding “no.” Why? There are too many key differences between Dwayne Johnson and Shane Ray for them to either (a) be the same person, or (b) be twins. What is almost certain, however, is that the two are probably long-lost cousins who share a lot of family trademarks.

Key Differences in Johnson versus Ray 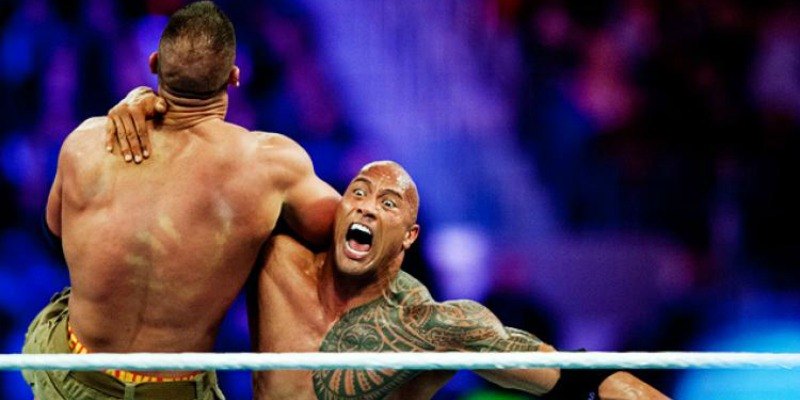 The main reason neither of these two theories could prove to be even remotely true is that there are several key differences we can’t overlook. Even besides the fact that Johnson is 46 and Ray is only 25, the other differences stack up. We say “besides the fact” because yes, the age could be falsified if The Rock were, indeed, lying about who he was.

For starters, Shane Ray lacks the tribal tattoo Johnson is so well-known for. It would be difficult to cover up such a large tattoo (not to mention the one decorating his other arm, as well). Plus, even if he were to cover it up with some good full-coverage makeup, there is no way it would last on the football field.

The two also have a small difference in height. While both men are very tall, Johnson is two inches taller than Shane Ray. This may not seem significant, except that there is no real way to fake a person’s height outside of wearing heels… and The Rock is certainly not wearing heels.