‘The Voice’: Our Prediction for This Year’s Winner

Once again we have many talented singers on The Voice, but only one will win. The success stories from the show have gone on to make music and perform in front of impressive audiences like President Obama. So who will be this year’s winner?

There have been some memorable performances so far: Shalyah Fearing’s “Listen,” Alisan Porter’s “Cry Baby,” and Paxton Ingram’s “Break Every Chain.” Adam Levine still has a shot with powerhouse Shalyah on his team. Pharrell is also not totally down and out with Hannah Huston, who has both power and soul on her side. But the two are still currently in the bottom when it comes to numbers. 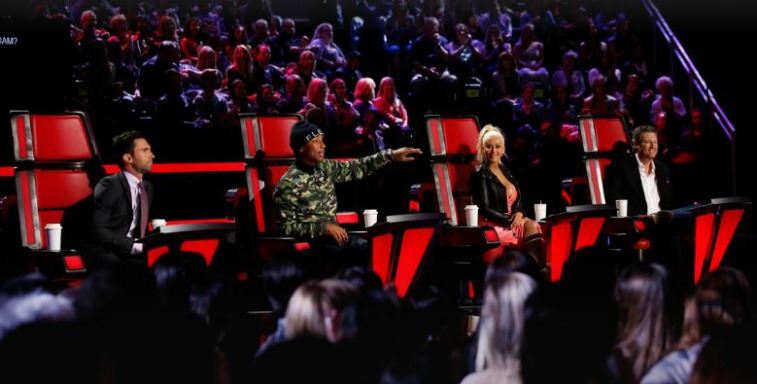 Team Christina and Blake seem to be in the lead by having the advantage of having three team members each at this point in the game. Blake has also been dominating the show since its premiere with four wins out of 10 on his belt. So will he be able to do it again? The odds are definitely in his favor.

He currently has Mary Sarah, who makes perfect sense on his team. [Correction, 5/2/16: Changed “Mary Sue” to “Mary Sarah.”] She kills it with the country songs, she’s beautiful, and probably gives viewers flashbacks to previous winner, Danielle Bradbery. However, she can be easily get lost in the shuffle on the show. Adam Wakefield is incredibly talented as a singer and a pianist. However, the cowboy hat-wearing singer hasn’t quite had a jaw dropping moment or shown as much range on the show as Blake’s secret weapon.

That’s right, our prediction is that Paxton Ingram will take it all home for team Blake. His speaking voice and singing voice are too unique not to be acknowledged. His performance of “Break Every Chain” was so powerful in a way that brought back memories of the show’s last winner, Jordan Smith, when he brought down the house with “Somebody to Love.” Even during the surge of Prince and Beyonce on the iTunes charts, Ingram has been able to top all of the over contestants at No. 18 with “Break Every Chain.”

If Ingram continues to focus on powerful songs like that or chooses songs that bring out his unique voice, then he will be able to take it all home. He is not only a strong singer who should be able to win it all, but he could be the first successful pop artists to make it out of the show.

Many of the successful winners happen to be country singers. Ingram however has the sound and the look that could possibly get him to the rising stardom of The Weeknd. But we still have a long way to go, so who knows if someone else will be able to knock Ingram out of the top spot.