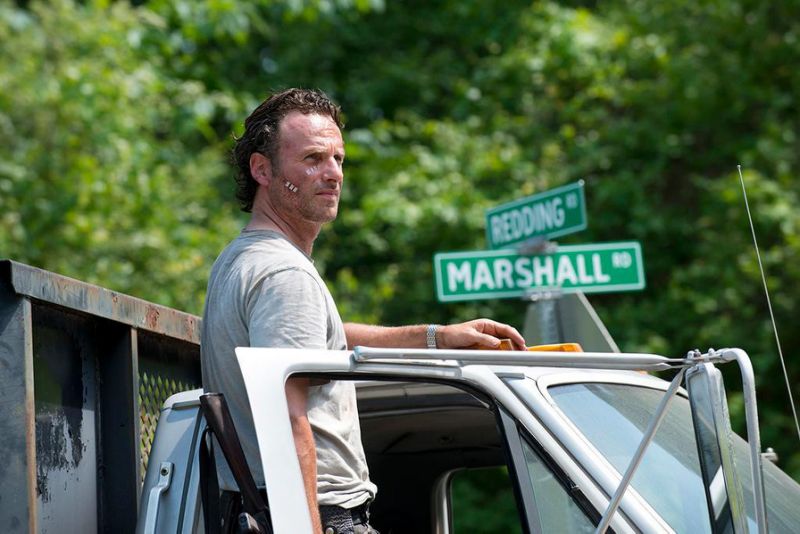 Rick Grimes isn’t always a perfect leader, but he’s the best one a band of roaming zombie apocalypse survivors have got. At least, that’s been the case so far. From the very first episode through the first half of season 7 of The Walking Dead, the former small town police officer’s leadership has evolved. He’s helped inspire his band of weary allies — and also laid down the law, Ricktatorship-style, on more than one occasion when push comes to shove.

By and large, Rick has proven he has what it takes to get stuff done. But there have been more than a few occasions over the past six-plus seasons where his decisions have left fans wondering what the hell he was thinking. In the sixth season, in particular, he’s shown a few serious lapses in judgment. And unfortunately, they’ve all resulted in some dire consequences — namely the death and dismemberment of the very people he’s fighting so hard to protect. Here’s a breakdown of Rick’s most egregious missteps this year.

1. He led the walkers away from the quarry

A scene from The Walking Dead episode “Start to Finish” | Source: AMC

Sure, it’s not easy to dispose of a quarry full of undead walkers. And Rick Grimes (Andrew Lincoln) had only just begun to really find his role as a leader in Alexandria when he discovered the hungry horde — put there by Deanna (Tovah Feldshuh) and her fellow citizens for safe keeping — in the first episode of The Walking Dead‘s sixth season.

But despite his gutsy initiative to prevent a potential catastrophe, one of Rick’s biggest mistakes this year was his coordinated effort to lead the walkers away from both the quarry and the Virginia safe zone. Throughout the multi-episode arc that found Rick trying to prevent the walkers from overrunning Alexandria, fans wondered why he hadn’t tried a less complicated method of taking them out. After all, luring countless zombies anywhere is a risky endeavor — one rife with potential snags. And after the Wolves’ attack on the Safe Zone resulted in a commotion that pushed the walker parade off Rick’s intended course, our fearless leader’s plan completely fell apart. Ultimately, Rick’s bold attempts ended up giving the walkers a direct path to the place that he and his allies had come to call home.

A scene from “Start to Finish” | Source: AMC

As a general rule, it’s probably not a great idea to give a loaded weapon to someone with a passion for vengeance. Unfortunately, that’s exactly what Rick did for Ron Anderson (Austin Abrams) in the sixth midseason finale, “Start to Finish” — and the result put his own son Carl (Chandler Riggs) in danger. Ron, understandably, had a bone to pick with the elder Grimes after he killed his abusive father. But Rick, in a serious lapse of judgment, decided to teach the teen how to handle a gun. And then left him alone with that gun.

Ron decided to take his revenge not on the man who killed his dad, but on the much easier target, Carl. And after Rick sacrificed his mother Jessie (Alexandra Breckenridge) in attempt to get others to safety during the walkers’ Alexandria invasion, he got the perfect opportunity. Ron shot Carl in the face, taking out the younger Grimes’ eye. And in doing so, he showed Rick the dangers of placing too much trust in even the youngest of allies.

3. He thought the ‘guts’ trick would work again

The “guts” trick, which has allowed Rick, Glenn, and Carol more or less play dead as they make their way through swarms of walkers, is one of the more inventive ways that our Walking Dead heroes have managed to stay alive. But that doesn’t mean it’s always the best way to make it out of a tight spot. And Rick learned that the hard way in the midseason premiere, “No Way Out,” after Jessie’s son Sam (Major Dodson) panicked during the group’s attempted escape.

While it’s easy to get mad at Sam for not holding it together, at least part of the blame for both his grisly death and the resulting chaos has to lie on Rick’s shoulders. It’s one thing to ask a seasoned survivor to cover themselves in undead innards and silently move through a crowd. It’s quite another to ask a scared little kid to do the same — especially when you don’t really take the time to explain to him what he’s going to have to do. By failing to recognize the potential fallout of his impromptu plan, Rick was partially responsible for at least two deaths — and for putting many others even further at risk.

4. He took the fight to the Saviors

A scene from “The Same Boat” | Source: AMC

Throughout the last six seasons of The Walking Dead, Rick and his crew have faced some pretty sinister foes. So it makes some sense that Rick thought the best way to handle Negan’s Saviors was to hit them head on. That doesn’t mean it was the best course of action — especially given how little he knew about how they operated. Sure, they ended up taking out quite a few of Negan’s henchmen in “Not Tomorrow Yet.” But the result was a windfall of trouble for Rick’s team — Carol (Melissa McBride) and a pregnant Maggie (Lauren Cohen) were abducted and almost killed by the remaining members of Negan’s tribe. And while the fallout of some of Rick’s mistakes this season were immediate, the consequences of their first encounter with the Saviors were much father reaching — because Rick got their bloodthirsty leader’s attention in the least neighborly way possible.

A scene from The Walking Dead episode “Last Day on Earth” | Source: AMC

Rick has a pretty good track record with taking down the most sinister people he’s encountered. He overpowered Shane. He fought the Governor and won. He helped dismantle the cannibal operation at Terminus with relative ease, all things considered. But not all villains are created equal — and the fact that Rick didn’t account for that may be his biggest mistake to date. In the sixth season finale of The Walking Dead, Rick and his group once again made a play to overpower the Saviors — only to find themselves at the mercy of Negan (Jeffrey Dean Morgan) and his terrifying barbed wire baseball bat.

Early in the episode, Rick was all bravado — sure that Negan was just another nuisance he would eventually be able to dispose of. But as Negan stood before him and spelled out his “new world order,” it became clear that Negan isn’t like the other “bad” guys that Rick has encountered. He won’t listen to any kind of reason. He enjoys killing to get what he wants.  [Update, Read our recap of the Season 7 premiere here.].