Since it premiered in 2010, The Walking Dead has proven time and again to be one of the most exciting series on television. On October 23, AMC will unleash the highly anticipated seventh season, and fans will once again be put through the ringer as they watch their favorite characters try to survive in an increasingly dangerous, zombie-filled landscape.

The series has succeeded in drawing in millions of devoted fans, but it’s not without its foibles. The last season, in particular, was considered by many to be a low point in TWD history. With questionable plot lines and a highly controversial finale, the sixth season proved that even the most beloved series can struggle to stay afloat. While it’s easy to nitpick moments throughout the last slate of episodes, there were some general, big-picture problems with the way the story evolved over the last season. Here are the five biggest problems with the sixth season of The Walking Dead.

1. The cliffhanger was cheap

The Walking Dead isn’t the first TV series to leave its fans hanging between seasons, and it certainly won’t be the last. But after Robert Kirkman, Scott Gimple, several members of the cast, and basically anyone with a connection to the series spent weeks telling us that we would be shocked and devastated by the introduction of Negan, fans were right to feel cheated and disappointed by the sixth season finale.

That’s because the big promise — that one of TWD‘s most iconic villains would kill a major character in the episode’s closing moments — was only a half-truth. Instead of letting us know who was at the other end of Negan’s barbed wire bat, they chose to leave fans hanging for months. The problem with this method was that it didn’t end up drumming up excitement for the seventh season premiere. It created frustration with fans who felt they’d been lied to. As a general rule, fans want to return to a series for a new season because they love the characters and the storytelling — not because they’re being strung along to learn crucial plot points. So, while fans will still tune in to find out who met a grisly end, it’s likely that at least some enthusiasm died with Negan’s first victim.

One of the best things about The Walking Dead is that it boasts a diverse and intriguing ensemble of characters. But over the years, the number of people that fans have to keep track of has gotten a bit absurd. And as the story has evolved and our characters’ paths have diverged, it’s become increasingly difficult to follow every narrative thread. This season, we spent most of our time in Alexandria and Hilltop, or on the road. But because there were so many groups of characters trying to handle the situations in those areas, the stories sometimes felt cluttered.

We met some fascinating new characters, like Jesus and Gregory — but because of the already crowded cast, we didn’t get to spend all that much time with them. The series has always done best when it streamlines its storytelling, and Season 6 did the opposite of that. As a result, it felt like the major themes got lost in the attempt to juggle all of the various characters’ perspectives.

3. That thing with Glenn 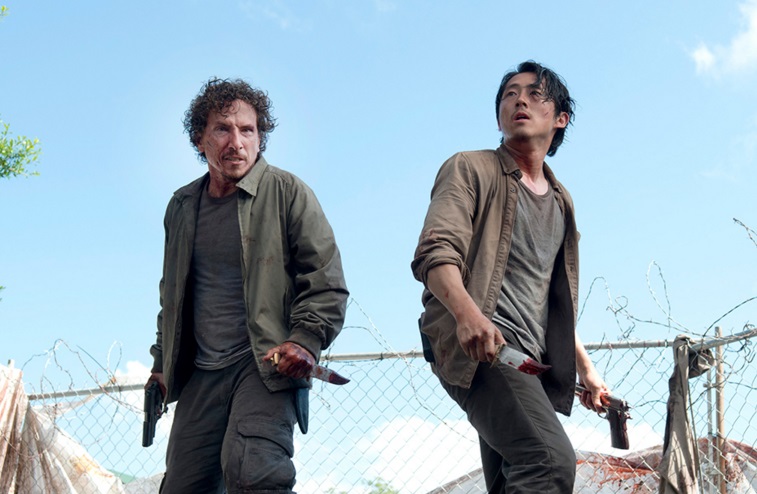 We’ve lost a lot of important Walking Dead characters to myriad tragedies over the years. But since the series really found its stride, we haven’t lost one of the core original characters — these days known by some fans as the Atlanta Five. That’s why Glenn Rhee’s apparent demise midway through Season 6 felt so devastating; at least, until fans started to put two and two together and realized that he likely wasn’t dead after all. Sure enough, though we had to wait a few weeks for the payoff, we learned that Glenn had (amazingly) survived his death-dive into a pile of hungry walkers and lived to fight another day.

Like the season finale cliffhanger, this early season shocker might have worked on paper. But in execution, it was poorly managed from nearly every angle. From the length of time we had to wait to learn his fate to the ultimately predictable way in which he came back, Glenn’s “death” didn’t serve to shake up the narrative. It was, simply put, a sloppy story — and one that planted the first of many seeds of distrust among fans in Season 6.

4. The characters felt off 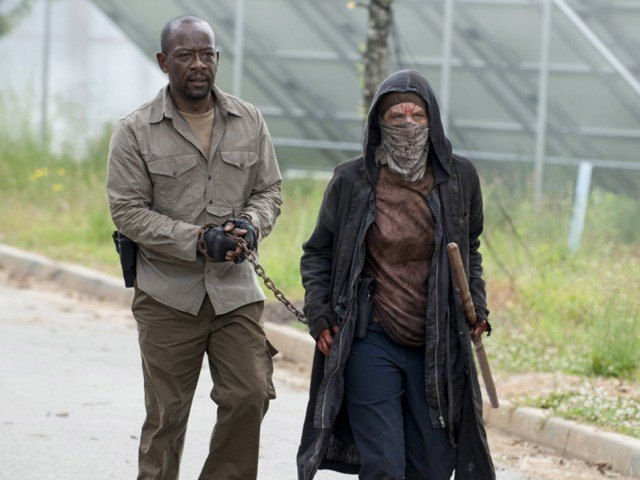 Carol was suddenly very scared. Rick made some incredibly questionable leadership decisions. Glenn knowingly put himself in harm’s way on more than one occasion, even if he didn’t need to. Maggie spent the last half of the season doing the same — even though she’s pregnant. No one ever said that The Walking Dead‘s characters can’t and shouldn’t make mistakes. But many of the ways in which our main characters interacted with the world around them in Season 6 stood in stark contrast to their normal patterns of behavior.

It would have been one thing if we’d gotten some well-reasoned explanations for their more egregious lapses in judgment. In many cases, though, The Walking Dead just plodded along, like Rick giving an unhinged teen a gun was a totally normal thing that he would do. The end result was a season in which many of the characters we’ve grown to love felt, at times, completely unrecognizable for no apparent reason.

5. Not all that much actually happened

Back in seasons one and two of The Walking Dead, the story was simple — a band of survivors stick together to try to survive in a post-apocalyptic world. These days, that basic premise is still the same. But since our cast of characters has grown, and their paths have diverged, the series has sometimes struggled to keep everyone in play. And as a result, it sometimes stretches a bit to keep each character relevant. Sometimes that means dropping a group of characters from the narrative for a bit. But often in Season 6, we found ourselves following characters for an extended period of time, even if they weren’t really doing anything.

The problem with this was that we ended up with a whole lot of filler. Like, full episodes worth of ultimately unimportant moments that added little to the characters or their journey. Yes, it’s great to know a little bit more about Morgan, but devoting a whole episode to him — especially when crucially important storylines were left hanging — was a terrible narrative choice. Ultimately, these character-focused moments could have been condensed, leaving room for more substantial plot development. Instead, what we got was one big event — the walkers descending on Alexandria — and then a half a season build-up to next season’s main event.