‘The Walking Dead’: Everything That’s Happened to Rick in the Comics

For fans of AMC’s The Walking Dead, Rick Grimes is an iconic character. Maybe you love him, or maybe you hate him, but you can’t deny the influence he’s had on the trajectory of the long-running series.

His role in TWD’s source material — Robert Kirkman’s comic book series — is every bit as pronounced. From the very first issue through the most recent, he’s been a guiding force — and an abiding presence. He’s the first major character we meet, and one of only two left remaining from the first volume of comics.

Richard Grimes, aka Rick, is the first character we really get to know in The Walking Dead comics. And, truth be told, his trajectory in much of the comics, especially the first volume “Days Gone Bye,” is quite similar to what we’ve seen play out on TV.

A small-town sheriff’s deputy, he is wounded in a shoot-out and awakens a month later from a coma to find the world has considerably more undead people in it than he remembers. He meets Morgan and his son, Duane, and makes the journey to Atlanta in the hopes that his family and friends — namely wife, Lori, son, Carl, and friend, Shane — went that way, too.

He finds them on the road, along with Glenn, Dale, Andrea, Carol, and a few other familiar faces. And from that point on, he becomes a de facto leader, whether he was ready to be one or not.

In the comics, Rick has landed in many locations that will be familiar to fans of AMC’s series: Hershel’s farm, the prison, Woodbury, and Alexandria have all been key stops along his journey. But the steps he’s taken to get to each of them, and many of his other interactions, have at times been much different. 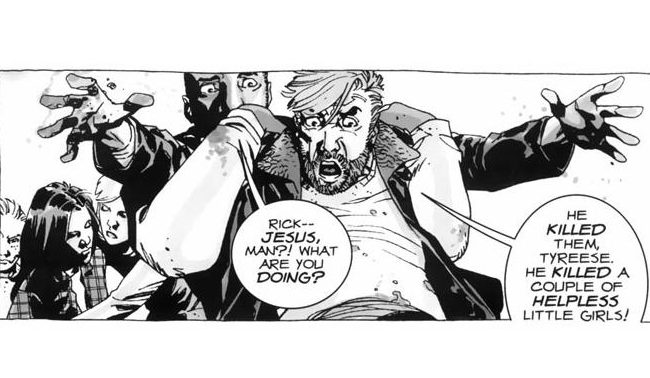 There are a few big differences, though, to Rick’s comic book origins. For starters, he, Shane, Lori and Carl hail not from the Atlanta area, but from a small town called Cynthiana, Kentucky.

The Rick we’ve seen on AMC’s The Walking Dead only took two seasons to go full dictator. The comic book version has taken a slightly more measured approach to leadership — at least, at first.

Another one of the key differences in his early story is that it wasn’t Rick that put an end to Shane’s misery. In Issue 6, while they’re still outside Atlanta, Carl shoots his dad’s best friend and mother’s boyfriend, after Shane loses it and tries to shoot Rick.

Though Daryl Dixon doesn’t appear in the comic books, Rick hasn’t wanted for confidantes in the comics. In Issue 7, Rick meets Tyreese on the road, and he quickly becomes Rick’s right-hand man, a position he holds for much of his tenure in the comic book series.

Rick has also relied heavily on help from Dale and Andrea, who hung around much longer in the comics than they did on TV. 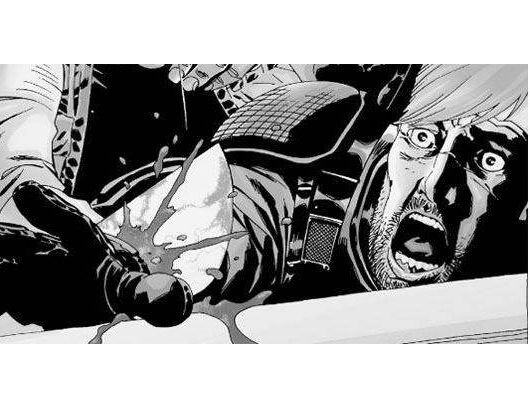 Rick needs all the friends he can get in The Walking Dead comics. That’s because he meets plenty of nefarious characters in his quest for survival — and most of the scariest have been of the living, not the dead. Each of these enemies have played a crucial role in hardening Rick throughout his tenure in the comics.

There’s the Governor, a charismatic man who assembled a seemingly peaceful colony he dubbed Woodbury. The Governor threatens the safety of Rick’s group when they take refuge in a nearby prison. Though Rick tries to make peace with him, the Governor makes it clear he’s out for blood — and proves it by cutting off Rick’s hand in Issue 28.

That’s not the worst thing he takes from Rick, either.

Fans of The Walking Dead’s comic books thought Rick’s encounter with the Governor was epic. But Rick has seen, and conquered, much darker foes in the issues since.

There are the Hunters, a group of cannibals who tried — and failed — to get the best of Rick and his friends while they were on the road to Washington, D.C. In Issue 66, Rick doesn’t just take out the Hunters. He taunts them and threatens to give them a taste of their own medicine. He also participates in their brutal murders, signaling a shift in his attitude toward extreme violence.

And there are the Whisperers, a skilled and stealthy group of survivors, led by the ruthless Alpha. They show up in Issue 130 and have been the most recent deadly threat to Rick’s otherwise peaceful existence in Alexandria, Virginia.

Thus far, Rick has conquered every enemy he’s faced, but not without suffering some serious collateral damage. 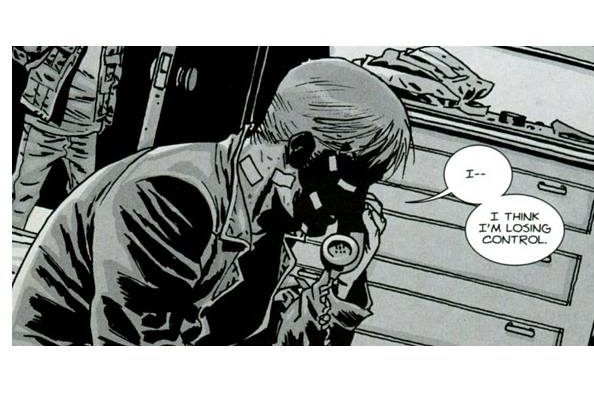 As a man with that many enemies, and in the middle of a zombie apocalypse to boot, Rick has had to get used to losing friends and allies. But he’s still suffered some pretty significant losses.

In Issue 39, Lori gives birth to a daughter and survives the labor, unlike in the comics. She and Rick decide to name her Judith, and the whole family is elated. Rick’s relationship with Lori is strong, though they butt heads. So he is understandably devastated when, in Issue 48, Lori and Judith are shot and killed during the Governor’s invasion of the prison.

The event sends Rick into a tailspin, and he experiences what amounts to a psychological break. He experiences hallucinations, in which he can talk to his wife through a telephone. And he carries that phone with him until Issue 121 — a sign it took him longer to recover from the loss than he may have let on.

Moving on and trying to settle down 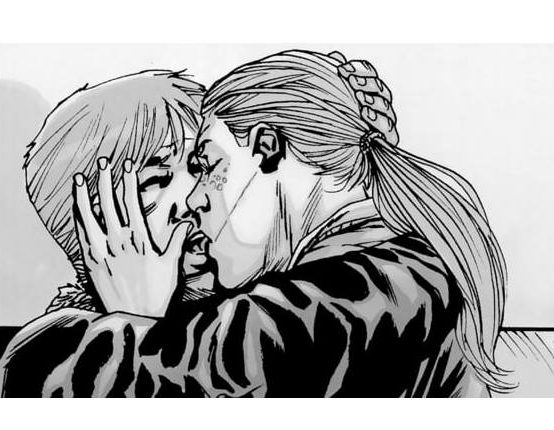 While Rick was obviously devastated by the loss of Lori and Judith, he did eventually move on. In AMC’s version of The Walking Dead, he eventually falls in love with Michonne. In Robert Kirkman’s comics, Rick falls in love with Andrea, a fellow survivor that has stood by his side since they first met outside Atlanta.

Long before they become romantic, Rick and Andrea prove time and again to be a good match. She’s not afraid to let him know when she disagrees with him, but they’ve also offered each other emotional support. In Issue 90, they kiss for the first time. Their romantic relationship survives the trials and traumas of post-apocalyptic life until Issue 167. Then, she tragically dies after being bitten by a walker.

Andrea isn’t just a source of love and comfort for Rick. She helps him make key decisions about what direction the group should take and stands by his side during many of the most difficult moments he faces.

Rick and his allies | Image Comics

Rick is, unquestionably, the most important character in The Walking Dead comics. But he, in many ways, proves himself beyond measure in his conflict with Negan and the Saviors. At times throughout the comics, he’s been reluctant to lead his friends, due to the tremendous pressure he’s faced. But Negan eventually proves to be a threat that he can’t ignore.

So Rick not only leads his fellow Alexandrians to victory, he helps convince the survivors at the Kingdom and the Hilltop to join forces and take Negan down. This alliance leads to an all-out war with the Saviors. And that war lasts longer than any conflict in the comics, thus far — for twelve issues.

Rick and his friends suffer some serious setbacks. Andrea nearly dies, and they almost lose the Alexandria Safe Zone after the Saviors attack. By the end of Issue 126, though, Rick and his allies are victorious against Negan. In an act of true leadership, instead of killing Negan, Rick jails him. And as a result, he ultimately gains the brutal former leader as a reluctant ally.

Rick Grimes’ journey in The Walking Dead comics is likely far from over. And it’s hard to say what further troubles he’ll face before the series wraps up.