‘The Walking Dead’: Inside Episode 6 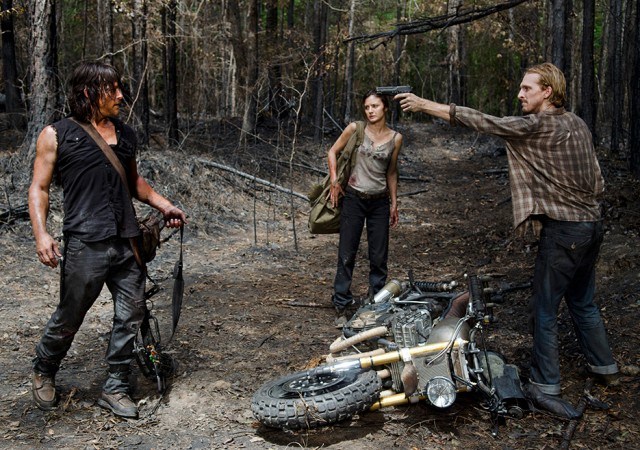 The main thread of this week’s The Walking Dead: yet again, we digress (somewhat). The past few episodes of TWD have led us astray, as far as answers pertaining to Glenn’s fate are concerned. While each episode (after “Thank You”) includes fanciful anecdotes and helps rein in the characters a bit, delving into Morgan’s past, the Alexandrians, and now Daryl, Sasha and Abraham, respectively, there’s still one question on fans’ minds: what sort of deus ex machina will save the beloved Glenn Rhee?

And yet, there was still a fair share of progress in Season Six’s episode six, “Always Accountable.” Showrunners take a break from the Alexandria scene and the “mega herd” bearing down on them, and slip through the woods a bit. Here, they choose to depict Daryl’s uneasy trials after the plan was modified some, when the blaring truck horn veered the walkers off course. In this episode, writer Heather Bellson and episode director Jeffrey F. January humanize Daryl (again!), showing that he may have in fact gone soft.

Now, that’s not necessarily a bad thing, for he is still acting in the capacity of “recruiter” for Aaron and Deanna. But, it does show the instability that still lingers just beyond Reg’s trusty wall. Where these showrunners succeed, this week, is in the journey, the odyssey, that a few of the more feral characters take. They are: Daryl, Sasha, and Abraham; and the motorcycle-riding bruiser goes one way while Abraham and Sasha are taken in a completely different direction, and that is a reference to both location and libido. 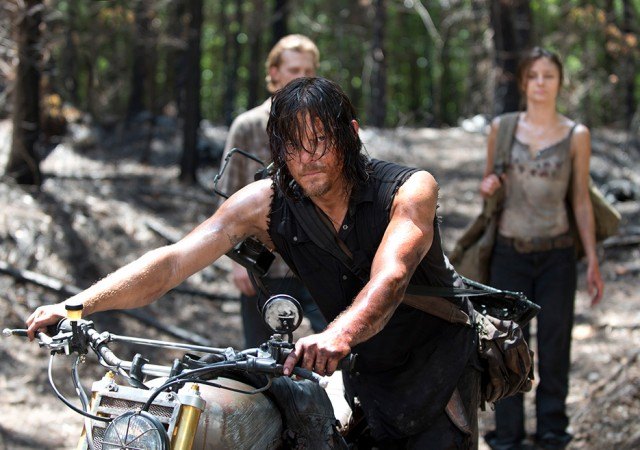 Again, this is another psychological, more introspective Walking Dead episode, much like “Now,” which saw Maggie experience almost every human emotion. This week, Daryl is tough and smart, then bruised and sympathetic, then vengeful and determined. Can you believe the energy that’s been funneled into this character? No doubt Merle would be surprised at how far — or how different — his brother’s become.

Then, there’s the “other” anecdote, and it has a romantic air. Abraham, sequestered in an office building with Sasha, proclaims his love (?) for her and offers to stay there for the foreseeable future — for there is air conditioning, and four walls. However, most of this romantic discourse just clogs up the screen, taking away from what fans want to see: the group reunited and/or on the path to reunion. Abraham, still sort of neurotic from the Eugene firestorm, wants to put himself in harm’s way, to discover himself, his senses, and his durability. But most of this can be relayed through a few fleeting scenes (a healthy portion of which we’ve already witnessed). For example, when he abandons the car to deter some of the walkers, fans can deduce that he’s still not all there. Or, when he wrestles with his devotion to Rosita, most of that interior conflict can be expounded on comfortably.

In “Always Accountable,” a bit too much time is wasted on this conference between these “loose cannon” characters. However, the Daryl bit is still compelling, with the emergence of a “Wade” antagonist, although the length Bellson goes to to describe the quest of the journeymen Daryl meets is largely superfluous. Sometimes fluff is needed, but on this episode, it is mostly bothersome.

Still, what have we learned? Read on. 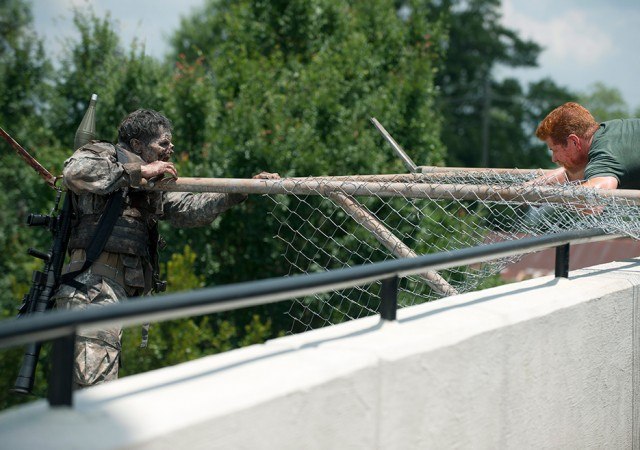 The plot thickens almost immediately in “Always Accountable,” for Daryl (on his motorcycle) and Sasha and Abraham (in the rusted out town car) are run off the road by a group of armed bandits. In the process, the group is split up, and Daryl cannot contact Sasha and Abe on the radio.

He winds up in a barren wasteland, set ablaze by someone with very fiery intentions. As Daryl treks through the ashes in this forest, his arm injured from the chase, he is knocked out and taken captive by a group of three people. When he comes to, he learns that these people have been trying to escape a larger group — one that they were seemingly a part of. When things had got too rough for them, though, they set fire to the woods, and are now content, even after having stolen something to get by.

Nonetheless, Daryl is looked down upon by these folks, who believe him to be a member of this rival group. He gets free though, stealing his crossbow back in the process. However, while rummaging through the bag containing his weapon, he finds insulin, which is apparently needed by one of his captors, a girl name Tina.

Feeling sympathetic and friendly, Daryl returns — only to be surrounded by a large vehicle which crunches its way through the woods, and Wade and his boys. Daryl helps the group escape, and ultimately asks them to come along with him to Alexandria. Yes, he does utilize the “three question technique” on the group’s leader, a 30-something-year-old blonde man. At first they seem to comply with Daryl, but because they lost good ole’ Tina and are distraught, they decide to rob Daryl of his weapon and his crossbow. So, just like that, the two folks motor off on his bike.

But that’s okay, because he finds an old tanker in the forest which he “de-zombifies” and puts on the road. He soon finds Sasha and Abraham, who have each decided to make their way back to Alexandria with Mr. Dixon.

And so, what happened with Abraham and Sasha? While holed up in an office building, Abraham proclaims his love (or something of that nature) to Sasha, who does not reciprocate it, but who does not exactly say “no” either. While trying to cope with his increasingly erratic mental state, Abraham goes out and finds a Humvee which was abandoned. He grabs a hold of a rocket launcher and some cigars and heads back to the building. Ultimately, it seems, they do decide to abandon the fantasy and return to Alexandria.

Ah, and let us not forget: there is a pivotal moment right before the show is about to fade to black. Someone chimes in on the radio, saying “help,” after Daryl signals out to Rick. Could it be? It just might be…Glenn.

Tune in next week, for an episode called “Heads Up,” to see what becomes of Daryl, Rick, Maggie, and the rest of the gang. The episode will air at 9 p.m. on AMC.