‘The Walking Dead’: Why We Refuse to Watch Anymore

Like any other TV show out there, The Walking Dead lives and dies on the intense loyalty of its fan base. Over the past six years, it’s become AMC’s highest-rated series and, for many, a prominent piece of the decade’s pop culture zeitgeist. It has also increasingly become a thorn in many fans’ sides, as evidenced by frustration over the sixth season finale, and the events that followed in Season 7.

Ratings are still high and some fans seem to enjoy the direction the series has taken. But there’s also a vocal contingent that are having a hard time reconciling their once-devout love of the series with an increasing disillusionment. Whether it’s due to a shift in tone or a frustration with how the story is progressing, there are some fans that have given up on The Walking Dead for good. Here’s why.

1. It’s taking too much pleasure in the pain

The Walking Dead was never going to be an ideal series for people who don’t like gore. With decomposing zombies, limb amputations, and sometimes shockingly bloody encounters with human villains, it’s a series that has made a name for itself with violence.

But as of late, there’s been a shift in tone — and it’s one that’s hard to swallow. With the introduction of Negan and his band of volatile Saviors, The Walking Dead has transformed from a series that served as a cautionary tale about the dark side of human nature to one that relishes in the pain and suffering its characters encounter.

Take Negan: He’s the most unhinged villain that The Walking Dead core characters have ever encountered, sure. But there’s a difference between showing how brutal he can be — which the series did in the Season 7 premiere — and making him and his sociopathic survival style the focal point of the series.

The promotional material leading into that season were all about Negan, Lucille, and the promise that he was “getting started.” For fans that tuned in for something other than a cynical, nihilistic outlook, that leaves little to be desired in an already heavy series.

2. It’s too hard to get invested in the characters

This isn’t to say that The Walking Dead‘s ensemble is in any way lacking; from a talent and diversity perspective, it’s one of the most impressive and oft-overlooked cast of actors on TV today. Unfortunately, the series’ treatment of its characters has been heavily weighted toward some, leaving many of the newcomers feeling increasingly under-developed.

That can be just fine, as every series has main and supporting players. But as the cast of characters has grown, the amount of time devoted to making us actually care about them has gone down. As a result, whenever someone like Father Gabriel or Rosita shows some kind of growth, it feels like it comes largely out of nowhere.

We feel like we’re supposed to care about them, but can’t always muster the energy. Most Walking Dead fans have a few key favorites. Often they’re the characters that have stuck around since the beginning, and when one of them goes, their interest in the series wanes as well.

3. The “shock and awe” approach sucks

The “big” moments happen in every series. A beloved character dies, a catastrophic event spins the story into chaos, or we learn new information that changes everything we thought we knew about the series.

Lately, The Walking Dead has designed its big moments not to propel the plot forward, but primarily for shock value. One need look no further than Abraham and Glenn’s excessively gruesome deaths to see that the series creators are doing their absolute best to shake fans to their core.

The problem with this storytelling methodology is that it isn’t actually factoring in storytelling at all. It’s a way to manipulate viewers, to keep them coming back for more because they won’t believe what happens next. But at some point, fans grow tired of being shocked and strung along. They lose track of why they were watching in the first place. And they move on.

4. A lot of the time, it’s really boring

It may be hard to believe that a series filled with undead creatures and bloodthirsty humans would put anyone to sleep, but pacing has never been The Walking Dead‘s strong suit. Even as far back as Season 2, when Rick’s gang hung out on Hershel’s farm for episodes on end and it felt like we were all waiting for something to happen, it was pretty clear that the pacing of the series was destined to hit some serious snags.

The series’ creators have done what they can to keep things interesting. They’ve played around with flashbacks, and splintered the core group off so they could explore different parts of the post-apocalyptic landscape. But between the handful of enthralling, engaging episodes that have cropped up each season, there’s been a whole lot of filler. Ultimately, The Walking Dead‘s increasingly scarce highs have paled in comparison to the dull narrative lows.

Rick in The Walking Dead | AMC

If someone had to summarize The Walking Dead at this point, it might sound something like this: A group of survivors tries to fend off undead enemies. They settle in to what seems like a safe haven, only to find themselves battling an unforeseen enemy. They then face immense danger and an uncertain future. And they do this over, and over, and over again.

It’s a compelling story, sure. But at the start of its seventh season, The Walking Dead still hasn’t offered up any kind of idea as to when or how Rick, Michonne, Maggie, Daryl, and the rest of the gang’s stories will come to an end. The volatility they face has been entertaining, but it never feels like it’s going anywhere.

Fighting endlessly and tirelessly for safety that will seemingly never come isn’t an end game. And when the future of The Walking Dead seems so bleak, many fans have started to wonder what the point is supposed to be.

6. The series struggles to justify its own existence 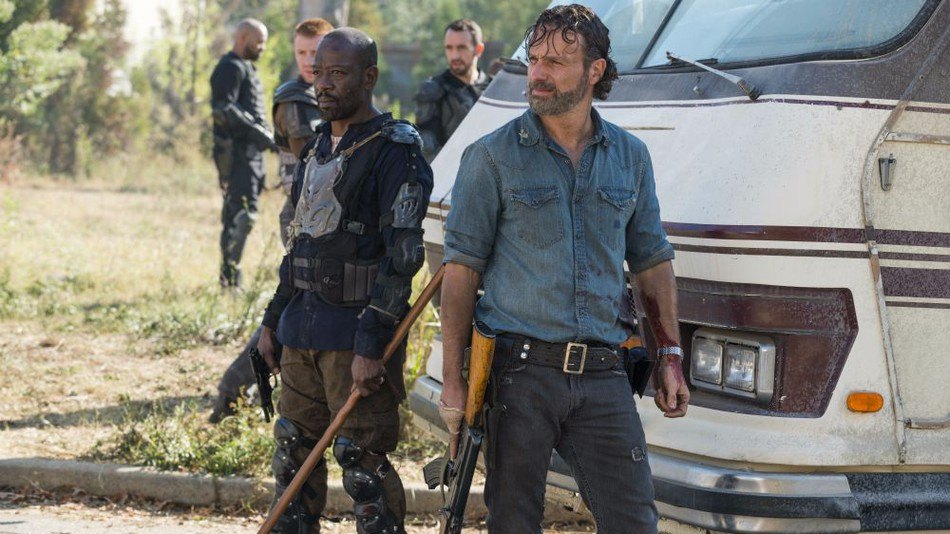 Back during The Walking Dead‘s early run, it was a master class in post-apocalyptic storytelling. More than that, the focal point centered around our main group’s desire to survive at any cost, and what they would be willing to sacrifice in order to accomplish that end. Where we are now though, has our characters living a world that barely seems worth the effort they’re expending.

Is there really any reason to fight this hard to save a world populated primarily by crazed Southern juntas, and ruled over by a guy who dispenses justice with a barbed-wire baseball bat? If we as an audience can’t wrap our heads around why anyone would even want to live in the world we’re watching, how are we supposed to believe in any character’s motivation?

7. Falling into the trap of the midseason finale 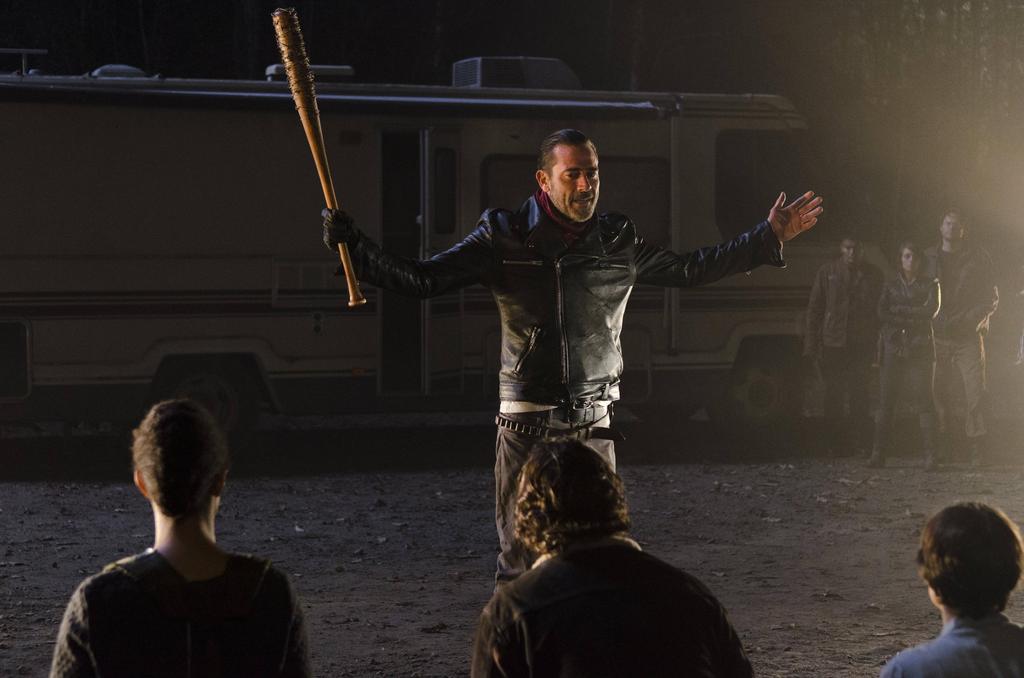 A troubling trend that’s taken hold over TV today involves the midseason finale. Essentially, it divides a normal season of television into two disparate parts, with a months-long break in between each half. It’s an approach that makes for some disjointed storytelling, and at its worst, it can completely ruin a perfectly cohesive narrative. That all brings us to the next huge problem with The Walking Dead…

8. The seasons are far too long 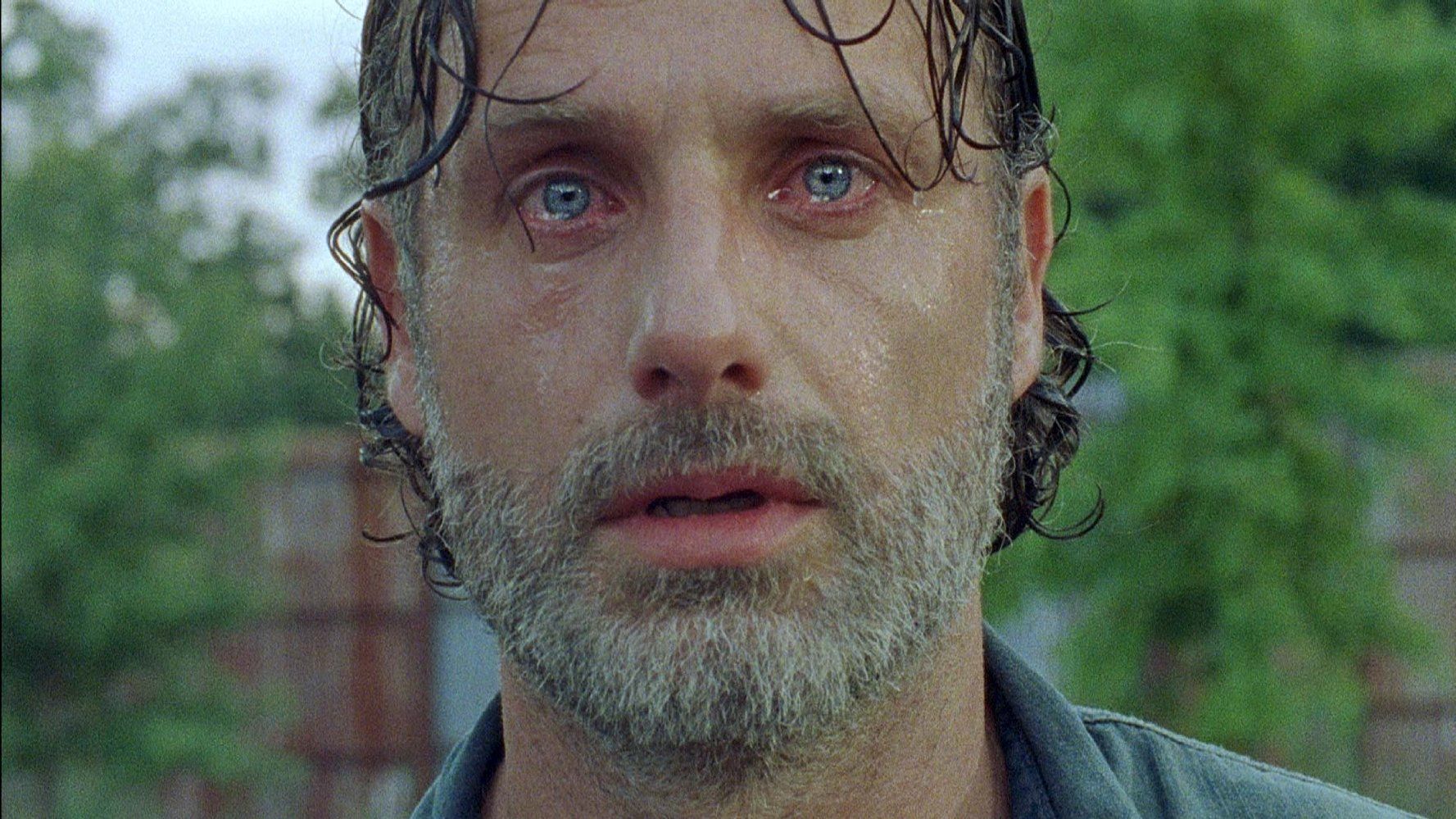 It’s easy to forget, but the first (and arguably best) season of The Walking Dead was a tidy six episodes long. It didn’t waste any time telling its story, it didn’t make you wait months between major plot points with a midseason finale, and every element felt necessary.

After the success of that debut season, AMC re-upped the series by doubling its order and then some, with Season 2 running a full 13 episodes. Season 3 then ran for 16 installments, and that’s the number we’ve been at ever since. For those of you counting at home, that’s almost three times as many chapters as the season that unequivocally was the best the series has ever had. That in turn leads to a whole lot of filler, all for the sake of being able to sell ads for five months instead of two.

9. AMC never should have fired Frank Darabont after Season 1 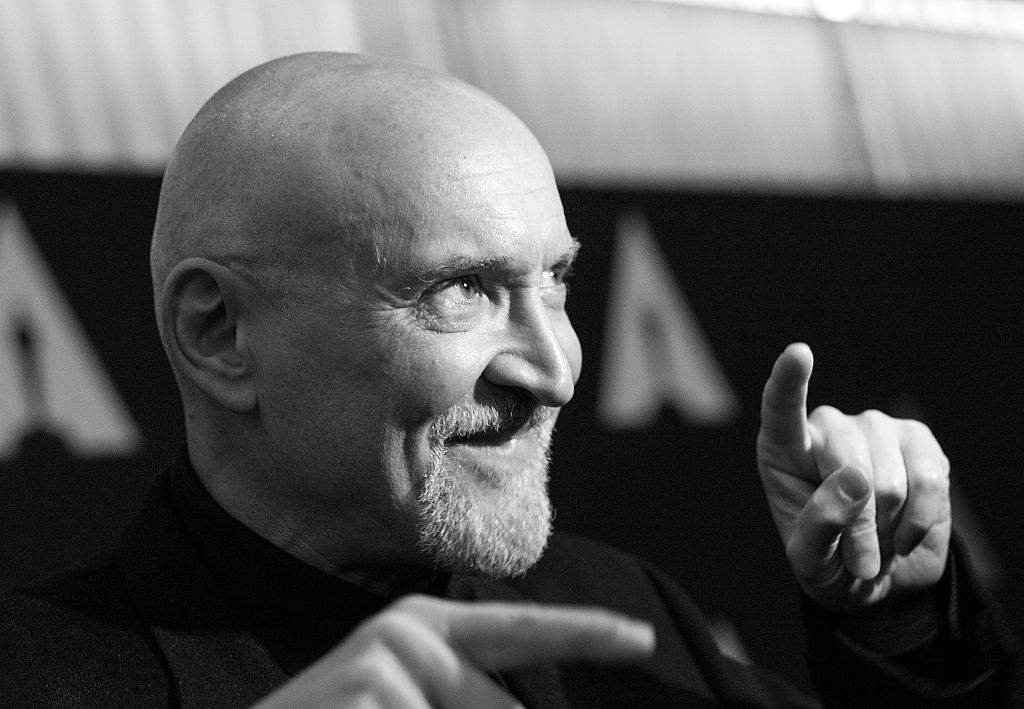 It may reside a little in the “crying over spilt milk” category, but it’s worth bringing up all the same. If you’ll remember, Frank Darabont was the original showrunner for The Walking Dead, before getting run out of the network by AMC for reasons he himself called completely unfounded in a deposition. From the sound of it, AMC was trying to cut corners financially, Darabont wasn’t having it, and he found himself on the chopping block as a result.

So, just to recap: AMC had the director of The Shawshank Redemption on board to run the most popular series in the history of their network, and ran him out of town after just one season. That doesn’t exactly sound like a good decision if you’re asking us.

10. It’s hard to know what The Walking Dead is even about anymore 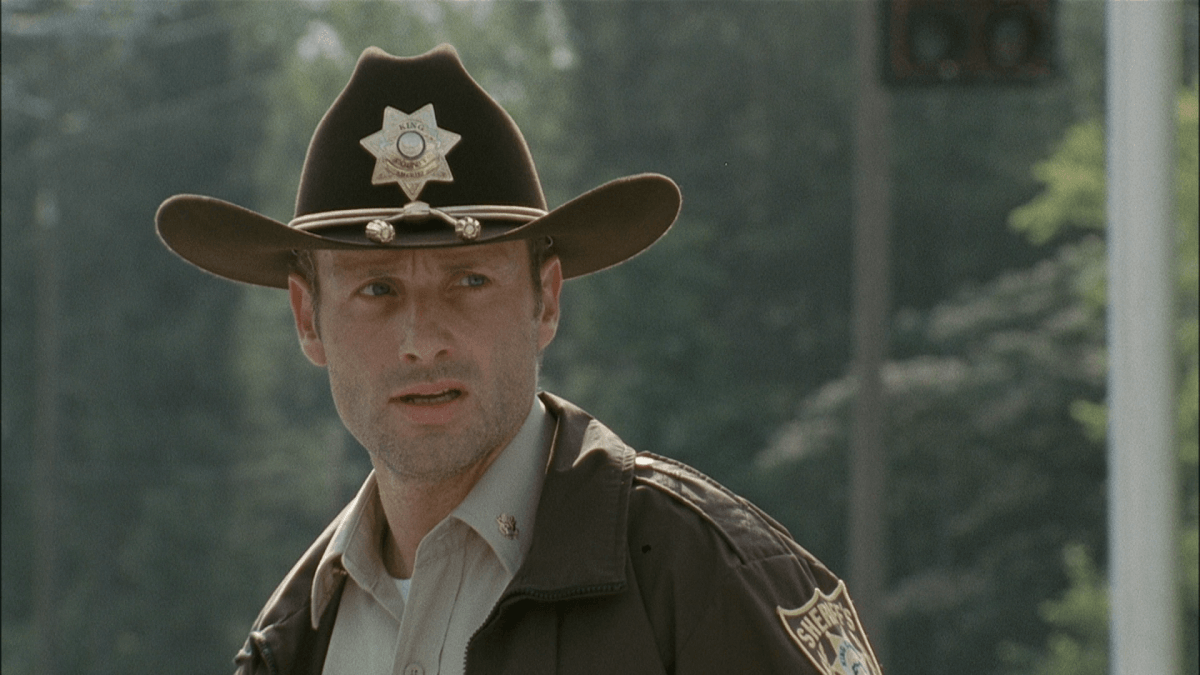 For a show that tries to have so many quiet, thoughtful moments, it’s shocking how The Walking Dead can be about so little at the same time. The hook of the series has long since gone from the story, focusing more on insane post-apocalyptic groups featuring everything from psychopaths to cannibals. With no central theme to form the foundation of the show, it makes it hard to invest emotionally in anything happening on screen.