Fans of AMC’s The Walking Dead eagerly await the Season 8 premiere on Sunday, which will also be the show’s 100th episode. Viewers are looking forward to moving on from Season 7, which saw the loss of much-loved characters like Glenn, Abraham, and Sasha. 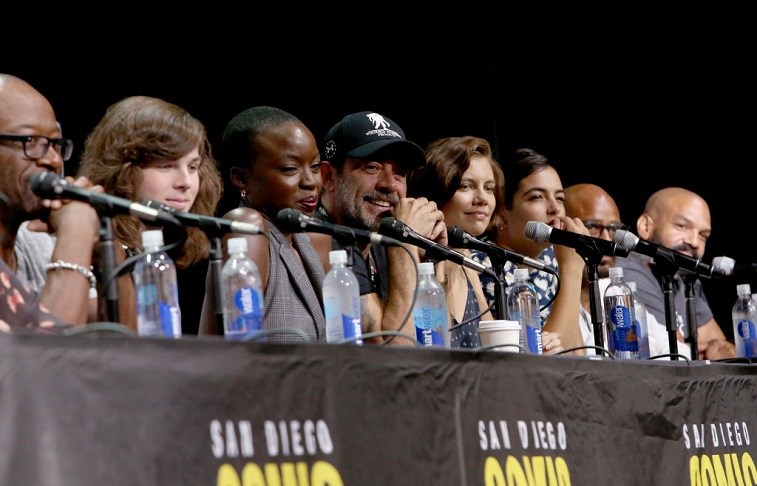 AMC released a preview clip Thursday, ahead of Sunday’s premiere.

Characters Morgan, Tara, Carol, and Daryl can be seen in the clip, along a group of people who appear to be herded in one direction by force. Upon leaving, Carol gives Daryl a powerful hug and tells him to be careful. “It’s starting,” are her words, likely referring to the war. Daryl responds with, “It’s better than letting things be, though, right?” to which Carol agrees.

Based on the clip, things get pretty heavy early on, with the survivors getting ready for Negan and The Saviors. More people will likely die as a result of the war.

Season 7 saw Negan killing Abraham at the start, and Daryl subsequently being taken prisoner by Dwight and pressured to convert. True to form, the character refused and was able to escape.

Norman Reedus, who plays Daryl on the show, told Entertainment Weekly that while Season 7 was “rough,” Season 8 feels like the old show again.  “The people I like working with the most are the ones I’m working with again,” Reedus said. “The gang’s back together. The fight’s back in it … So it feels like it used to feel again which is really exciting.”

Reedus and other actors from The Walking Dead appeared on a recent cover of Entertainment Weekly, and the photo shoot featured the actors celebrating reaching the 100th episode milestone – a cake fight included!