‘The Walking Dead’: The Celebrity Cameo You May Have Missed 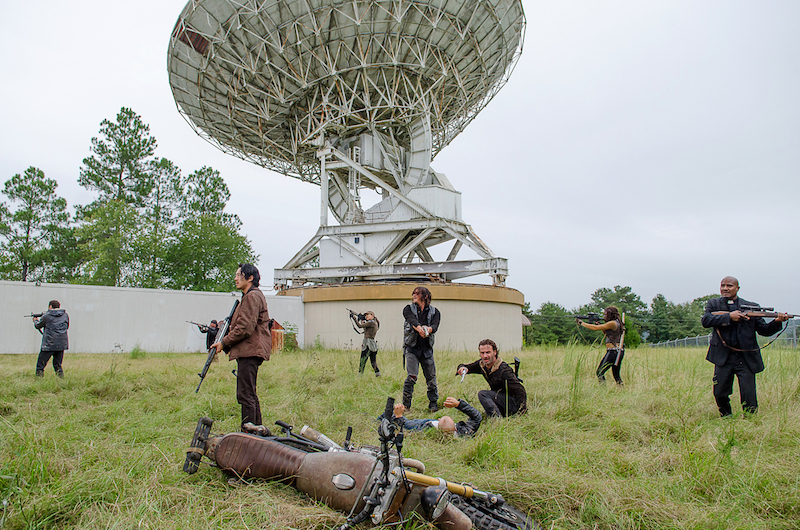 The latest installment of The Walking Dead had a lot going on, with the survivors creating a plot to break into the Saviors compound. With all that action happening, you may have overlooked the bizarre cameo that Johnny Depp made in last night’s episode.

That’s right. Depp showed up for just a flash in the show’s episode 612, “Not Tomorrow Yet” — or rather, his face did. Let’s back up for a second though: As fans know, part of Sunday’s episode followed Rick and the others modifying various zombie heads in order to make it pass for that of Hilltop leader, Gregory (Xander Berkeley). But before they can be used on the show, the severed heads had to be sculpted from something and it turns out that Depp’s face inspired one of those molds.

“One of the other heads, I don’t know if I’m going to get in trouble if I say this, was Johnny Depp,” producer and visual effects designer Greg Nicotero told Entertainment Weekly of this week’s episode. “I think we had sculpted an emaciated version of a dummy head for something and we used Johnny Depp’s head as a basis just for a clay sculpt. ”

You can see the three heads in the tweet below:

Find out whose head molds (including one A-lister) these were on tonight’s #TheWalkingDead: https://t.co/rC5ppq8TRl pic.twitter.com/C1la9WYANo

As you’ve probably figured out, Depp’s semblance is on the right. You can see a clear similarity to the actor in the eyes and cheekbones (although that face has admittedly seen better days). Still, the cameo (if you can even call it that) would be very easy to miss, if you weren’t looking for it.

But Depp wasn’t the only one to make a weird cameo in last night’s episode. Nicotero himself also had one of the heads sculpted after him, as he recently explained to Entertainment Weekly. 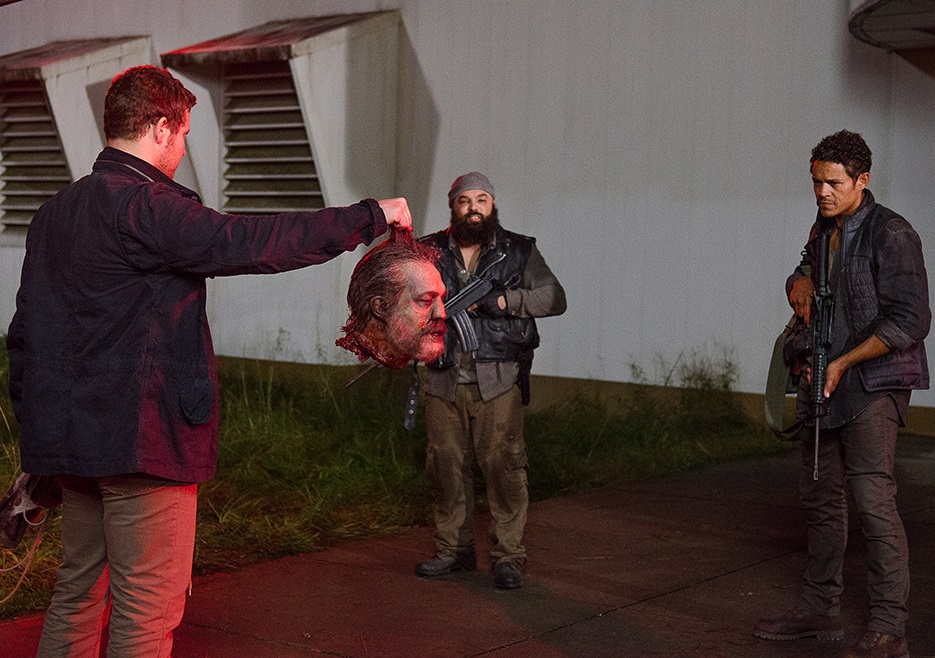 “When … Berkeley was cast as Gregory, we didn’t have enough time to get him to Los Angeles to do a head cast and make a dummy head of him,” he told the publication. “So I sent photos of him and I said, ‘Here’s a picture of the actor. Let’s see what we have in stock that looks as close to Xander as it can be.’ It ended up being a mold of my head. So that head that he picks up is actually a fake head of me!”

This isn’t the first time that The Walking Dead has had a notable name make a corpsified cameo. Over the course of its six years on air, people like Hines Ward and Scott Ian have also appeared as zombified versions of themselves. But Depp is by far the biggest name to make a cameo as one of the undead.

While this might be the most familiar head you see rolling this season, it won’t be the last. Producers have already promised that this half of Season 6 will be extremely deadly and several fan favorite characters are rumored to be on the chopping block. We’ll have to stay tuned to find out their fate — and to see whether any other famous faces will undergo a zombie transformation.

The Walking Dead airs Sundays at 9 p.m. Eastern on AMC.