‘The Witness’: 5 Reasons to Buy (and Not to Buy) This Game

It seems like we’ve been waiting forever, but The Witness is finally here on PlayStation 4 and PC. It’s the followup to Braid, which is one of the biggest indie gaming hits of all time, and the game that helped kick off the indie revolution we’re currently enjoying.

So what is The Witness? It’s a first-person puzzle game that takes place on a gorgeous deserted island that’s drenched in color. It’s a beautiful game, but also a mysterious one that’s filled with puzzles, many of which are linked together. The puzzles themselves have you draw lines from one point to another, but the developers put just about every twist imaginable on that basic setup.

It’s not an easy game, but neither is it completely inscrutable. Let’s look at the reasons you might — and might not — want to give The Witness a try.

Reasons to buy it

The Witness is the result of many talented people working for many years on a single project. Lead developer Jonathan Blow released Braid in 2008 and fed almost all of his profits from that game into making The Witness. If you listen to him talk, you’ll quickly see that Blow is a very smart game designer with bold ideas for what video games can and should do.

1. The sense of discovery

As the game starts, you wake up trapped in a room. You soon discover you’re on an island, and the only way you can interact with it is to solve puzzles to unlock new areas to explore it. There’s no explanation for who you are, where you are, or even what you’re supposed to do. As you progress through the game, you’ll find lots of clues that you can start to assemble into an answer to your questions. It all happens so organically that you might not even realize what’s going on. 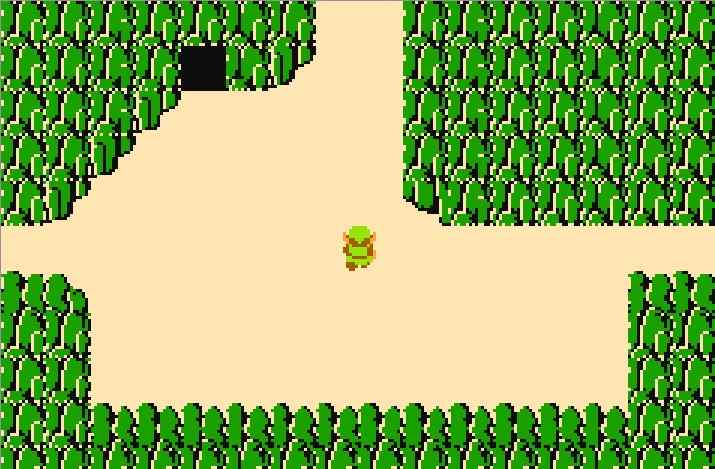 One thing Nintendo has done so brilliantly in many of its most classic games is to let the design of the game teach you how to play it. Just looking at the opening screen of the original Zelda, for instance, makes you wonder what’s in the cave. Go in the cave, and you get a sword, something you’ll need to explore the rest of the world. Metroid starts by blocking your progress with a tunnel that’s too low for you to traverse — until you head to the left of your starting point and find a power-up that lets you roll. Watch creator Mario creator Shigeru Miyamoto explain how World 1–1 of Super Mario Bros. features similar design ideas.

It’s clear that the makers of The Witness went about designing this game in much the same way. While there’s no tutorial, or anyone telling you what to do in the game, the puzzles themselves build on one another and effectively teach you how to solve them as they become more complex.

Completing The Witness, if you do it without consulting the Internet for help, can take anywhere from 30 to 100 hours, depending on how thorough you are and how quickly the solutions to the puzzles click for you. The game has over 600 puzzles in it, some of which are much harder to find (and solve) than others. This is a game that keeps on giving, if you’re willing to put the time into it.

Reasons not to buy it

Like all things in this fallen world of ours, The Witness isn’t a perfect game. It has flaws and drawbacks, and it certainly isn’t for everyone. Here are a couple of reasons you might not want to take the plunge.

The Witness is many things, but easy isn’t one of them. Playing the puzzles in order of easiest to hardest is key, because the easier puzzles teach you how to play the harder ones. But since The Witness is an open-world game, you might not have played the easy puzzles when you come to a hard one.

Lots of puzzles are available to play throughout the island at any given time, so you’ll often encounter puzzles spattered with cryptic symbols you haven’t encountered yet. That means sometimes you’ll have to do a lot of hunting before you find a puzzle you know how to deal with. This can feel like a waste of time.

By the same token, don’t expect any help from the game if you find yourself stumped by a puzzle. There’s no hint system in the game, so you’re really on your own. After you’ve stared at a puzzle for an hour and looked at it from all angles, you might wish the game would offer you an olive branch, or even an olive twig. That doesn’t happen. This game is a thing of beauty, but it offers no explanations. It’s up to you to do all the heavy lifting.

Overall, if you like trying to wrap your mind around a mystery, or you’re up for a good challenge, The Witness is well worth your time and money. There’s a good chance that you’ll know whether it’s your kind of thing or not before you decide to play it.