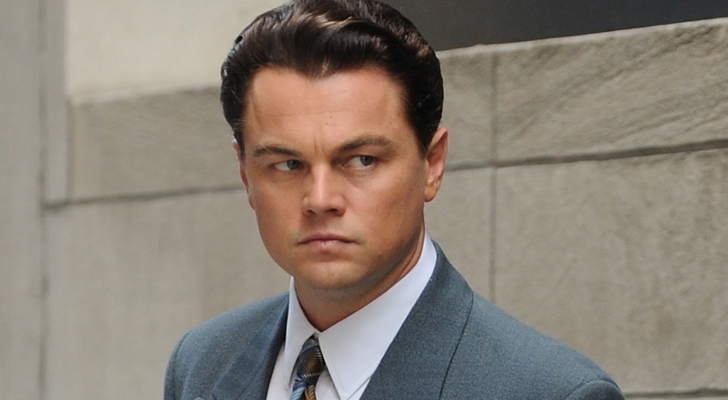 Paramount Pictures’ (NASDAQ:VIA) The Wolf of Wall Street is set to be released on December 25 when it is widely expected to be one of the biggest hits of the holiday en route to the Oscars. Directed by Martin Scorsese and starring Leonardo DiCaprio, Jonah Hill, and Matthew McConaughey, The Wolf of Wall Street tells the true story of rogue trader Jordan Belfort’s rise and fall in the 1990′s, in which he launched the Stratton Oakmont “boiler room” brokerage and caused over $200 million in losses for investors before winding up with a federal indictment for securities fraud and money laundering.

It may be hard to believe that any movie directed by Scorsese and starring DiCaprio could find money hard to come by, but the actor tells The Wall Street Journal that the level of excess needed to do the story justice made financing difficult. “It’s an R-rated film, and it needed to have a certain amount of scale and scope,” DiCaprio told the Street. Ironically, DiCaprio would later convince Wall Street financiers to fund the film along with Paramount after Warner Bros. passed following a long development stage.

However, DiCaprio explains that the five years developing the film may have ultimately improved it as the actor was able to spend additional time with a helpful and candid Belfort. After serving twenty-two months in prison for his crimes, Belfort began to build a career as a motivational speaker and DiCaprio describes that he was ”incredibly open about his life, especially the most embarrassing parts.”

“I spent a long time with Jordan. I interviewed him incessantly and tried to pull out every detail I possibly could,” DiCaprio says. “We incorporated a lot of other stories that weren’t even in the book into the movie.”

Belfort’s Stratton Oakmont employed over 1,000 stock brokers during the height of its operations and was involved in stock issues totaling over $1 billion. After Alabama Securities Commissioner Joseph Borg’s office was flooded with complains regarding the brokerage towards the latter half of the 1990′s, he formed a multi-state task force that ultimately brought down indictments on Belfort for securities fraud and money laundering. Belfort would later serve two years in federal prison for his “pump and dump” scheme while being ordered to pay back $100 million he took from stock brokers.

Director Scorsese told the Street, “[Belfort] enters this world, masters it brilliantly, has a great time and spins out of control. Jordan was a guy who got around every obstacle and every regulation and then, because of drugs and the sheer addiction to wealth and what it brings, couldn’t bring himself to stop.” He continued, “Jordan risks a lot, but he does it because that’s part of the enjoyment—he’s so brilliant that he always tests the limits.”

For Paramount, the film might present a situation of life-imitates-art. The $100 million is a sizable risk for the studio, despite the pedigree of talent working on the film, because of the film’s R-rating and status as a biographical drama film — a genre that hasn’t historically been a huge money-maker.

Scorsese says, “I would ask: Given the nature of free-market capitalism—where the rule is to rise to the top at all costs—is it possible to have a financial industry hero?”

We’ll find out when The Wolf of Wall Street is released later this month. Check out the trailer below.