The Worst Comedy Movies of All Time 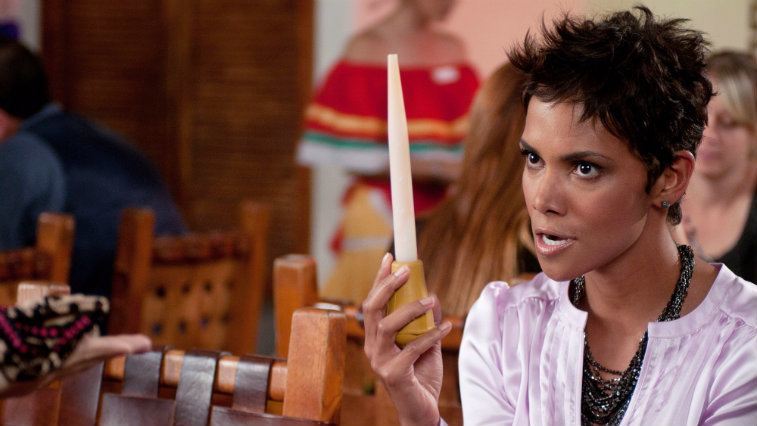 Cinema history has given us plenty of laugh riots over the years, including some of the most memorable characters ever brought to the screen. However, for every comedy that succeeds, many more fail to deliver the laughs, memorable characters, and engaging stories that moviegoers hope to discover when they visit the theater. In fact, some of the worst films ever made were ostensibly intended to be comedies, but for whatever reason, the rationale behind the films’ sense of humor was so misguided that it became an infamous example of comedy gone horribly awry. Here are 10 of the very worst comedies we’ve ever seen.

When Freddy Got Fingered was released, it must have been viewed as an instant slam-dunk for Fox. After all, star Tom Green was fresh from his popular MTV series The Tom Green Show, and an outrageous, feature-length take on his signature goofball sense of humor had to work, right? As it turns out, the film — which was also co-written and directed by Green — was quickly recognized as one of the worst of all time, due to its nonsensical storyline and relentless assortment of gross-out gags. Thankfully, Green has yet to helm another feature film.

Nowadays, Ben Affleck may be known as the Oscar-winning filmmaker of Argo and the newly minted big-screen Batman, but the early 2000s brought his career to a new low, thanks to this offensive, inherently dumb “romantic comedy.” Affleck and then-girlfriend Jennifer Lopez, delivered career-worst performances, and Oscar winners Al Pacino (more on him later) and Christopher Walken were somehow roped into this mess. Both halves of “Bennifer” shared the screen again a year later in Jersey Girl, which unfairly gets caught up in the Gigli hate. This film, however, truly lives up to its notorious reputation.

After Scary Movie hit it big in 2000, co-writers Jason Friedberg and Aaron Seltzer took the opportunity to develop an entire career centering on parodies of popular films. However, although Keenen Ivory Wayans’ film wasn’t a masterpiece or anything, it was nothing compared to the continuing streak of terrible “comedies” Friedberg and Seltzer would kick off with this dreadful mess. Buffy the Vampire Slayer star Alyson Hannigan unfortunately stars in this collection of unfunny pop culture references and random cameos that has little regard for contributing anything clever or humorous to its indictment of cliched Hollywood romances. Even worse, it led to several follow-ups with similar approaches to popular genres, including Epic Movie, Disaster Movie, and Meet the Spartans.

Over the years, Adam Sandler has released countless films that rely on his same tired old schtick to sell tickets. While his built-in fanbase usually help even his most inane films turn a profit, this one — which sees Sandler play a family man and his even more obnoxious twin sister — was among the first of the actor’s films to underperform in some time. Its inclusion here, however, could be seen as a proxy for his entire filmography as well as most Happy Madison Productions, such as those starring Rob Schneider, David Spade, and Kevin James.

So many bright stars populate this abhorrent ensemble comedy that wastes its gifted cast in a series of disgusting, unfunny anthology segments. Halle Berry, Hugh Jackman, and Kate Winslet are just a few of the names involved in Movie 43, which clearly hoped to cash in on its marquee cast without putting much thought to a script. Reportedly shot on a shoestring budget of just $6 million, the film did manage to turn a slight profit, but hopefully, its mere $8 million domestic box office gross will discourage any similar projects from popping up in the near future.

The comedy shows a sorority president played by Paris Hilton accepting a group of unconventional freshmen into her house. It’s full of sex and what are supposed to be jokes. However, it’s not successful at all. It’s actually the sixth worst rated movie on IMDb and has a shocking 0% rating on Rotten Tomatoes. This movie is probably one of the many reasons why you don’t see the former reality show star in movies anymore.

This film parodies a lot of pop culture from Hannah Montana to Iron Man in a disaster movie setting. The cast itself isn’t very impressive with Carmen Electra, Kim Kardashian, and Vanessa Lachey. None of them are particularly known for their comedic timing. It also doesn’t help that many people were burned out from these parody movies after the many Scary Movie sequels and spinoffs. This movie is very much a disaster.

The sexist comedy relies on the premise that every hot girl has a hideous best friend. The main character is trying to get with his childhood crush who won’t date anyone until her ugly friend finds love. The jokes in the movie are gross due to disgusting gags like fungus covered toe nails failing into people’s mouths. It also stars Paris Hilton, which once again shows either she makes bad choices in movies or she’s terrible at acting.

Many people can think of a recent Adam Sandler movie that could probably make the list. But let us take you back to his early days! This movie shows him playing a cruise ship comedian who hopes to start his comedy career. Every thing about this movie is outrageous, from the plot to the acting. It’s also pretty hard to watch what’s supposed to be a funny comedian play someone who is terribly unfunny but wants to be. Perhaps this is only a sign of what’s to come.

This movie stars Big Boi playing a rapper who gets refused from a country club. He gets his revenge by buying a house next to the club and torturing the country club president. The film has a bunch of interesting actors, and cameos from rappers, but the jokes are cringe-worthy and it just doesn’t work like it should.