10 of the Worst War Movies of All Time 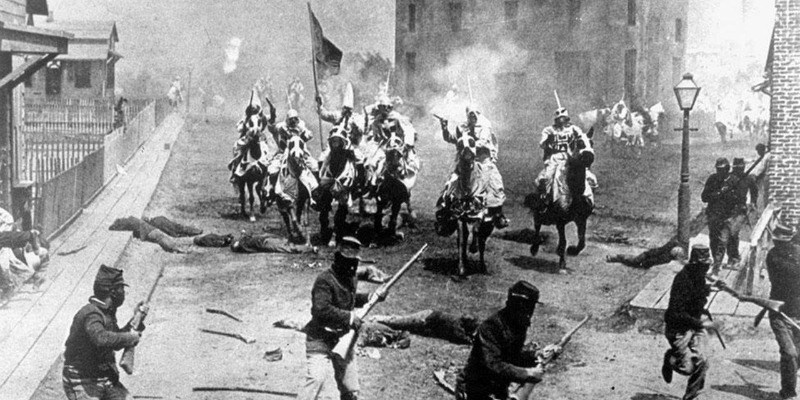 The Birth of a Nation | David W. Griffith Corp.

Few aspects of life are as devastating and on such an epic scale as war. Throughout cinema history, films like Saving Private Ryan, Apocalypse Now, and Full Metal Jacket have tackled the complex themes of the battlefield with poise, precision, and appropriate gravitas. Yet, for all the films that manage to perfectly capture war on-screen, there are so, so many that get it so very, very wrong.

Today we’re taking a look at some of these colossal misfires that have hit theaters over the years, to the great misfortune of moviegoers. In addition, as easy as it would be to assemble a list of films solely focusing on major conflicts like World War II, we’re attempting to include selections that run the gamut of wars throughout history. So, without further delay, let’s take a closer look at some of the worst war movies of all time.

Nope, this isn’t the controversial slave revolt film from 2016. This is the controversial silent film from director D.W. Griffith that is routinely considered one of the most racist films ever made. In addition to depicting African-Americans as unintelligent and sexually aggressive, it serves as propaganda for white supremacist organizations like the Ku Klux Klan. Not exactly a fair depiction of the American Civil War.

Directed by Edward Dmytryk, this adventure film is set during the War of 1812 and centers on Captain James Marshall’s (Mark Stevens) effort to obtain a war loan. Bland and underwhelming, audiences at the time didn’t know that war could be quite as uninteresting as it is in this ill-conceived release.

Set in Vietnam, this look at one of the most divisive wars of the past century had everything it needed to be a smash hit. Starring and co-directed by John Wayne, it actually did become a commercial success but failed miserably with critics, who deemed it dull, offensive, and brimming with cliche. In fact, it’s regularly considered a disaster in the critical community.

In some circles, this film goes by the title The Red Baron, but no matter what you call it, it’s a mess of epic proportions. Directed by B-movie legend Roger Corman, it doesn’t even work as a guilty pleasure. The fictional tale bears no historical resemblance. The film received largely negative reviews and has been mostly forgotten.

As its title suggests, this Jack Smight-directed film chronicles the Battle of Midway, a pivotal turning point during World War II. With a cast that includes Charlton Heston, Henry Fonda, and James Coburn, it was a box office success, though its cliched dialogue, overuse of stock footage, and generally shoddy filmmaking made it a critical flop.

This one — directed by Terence Young — follows the Battle of Inchon during the Korean War. Laurence Olivier stars as General Douglas MacArthur, and despite that promising aspect, Inchon proved to be a theatrical misfire and the biggest financial flop of that year. Furthermore, it is widely considered among the worst films of all time from any genre.

Al Pacino and Donald Sutherland in a film about the American Revolutionary War? Sounds like a winner, right? Not if we’re talking about this box office and critical bomb from director Hugh Hudson (Chariots of Fire). The film’s performance even marked the beginning of a four-year hiatus for Pacino. Too bad for a film that had such talent both in front of and behind the camera.

While the story in this film is fictional, it’s inspired by the 1981 Gulf of Sidra incident involving U.S. attacks against Libya. Jason Gedrick and Louis Gossett Jr. lead the cast of this Air Force-centric film, which kicked off a franchise that includes three sequels. It barely earned enough to be considered a hit on home video and was far too bland for critics to give their stamp of approval.

Much like another maligned war film (oh, we’ll get there), this one follows two soldiers and best friends whose bond is threatened by a love triangle. Rob Lowe and Gale Hansen star as the two leads and Navy SEALs-in-training who see their friendship ebb and flow with each battle. Don’t bother with this one.

Michael Bay isn’t known for hard-hitting drama. Yet, he tried his hand at this Titanic-esque fictional love story that puts Ben Affleck, Kate Beckinsale, and Josh Hartnett in the midst of an awkward love triangle. Dripping with melodrama, terrible dialogue, and subpar performances, there’s little to recommend here, aside from some strong visual moments.